Litter is being stockpiled in the Fortum waste-to-energy plant in Oslo, Norway. [Pic: Frédéric Simon]

A waste-to-energy plant in the Norwegian capital could become one of the world’s first carbon negative incinerators, pending a decision from the European Commission to fund a CO2 capture facility there. Environmentalists, for their part, are yet to be convinced.

To tackle the related emissions – each tonne of burnt waste produces just over one tonne of CO2 – the Norwegian government has decided to apply a carbon tax as of January this year.

“The tax level is NOK 149 per tonne of CO2. And it’s going to rise in the years to come so the pressure will increase to eliminate emissions from waste-to-energy entirely,” says Jannicke Bjerkas, CCS director at the waste incinerator which is operated by Fortum, a Finnish state-owned energy company.

To avoid the tax, Fortum is planning to fit a carbon capture facility to the incinerator, which according to Bjerkas will be able to catch 90% of the plant’s emissions, or about 400,000 tonnes of CO2 per year.

Once captured, the CO2 will be stored on location in tankers until it is transported by road to a port facility. From there, the CO2 will be picked up by boat to an offshore pipe system where it will be injected underground, in rock formations deep beneath the seabed.

The project has been years in the making, and is part of a full-scale carbon capture and storage (CCS) project named ‘Longship’. The Norwegian state is funding the transport and storage part of the project, as well as another CCS facility at a cement factory in Norway.

Now, Fortum is waiting for the last piece of the puzzle – EU money.

“We are ready to start as soon as we have the finance in place,” Bjerkas told EURACTIV. “For our part, we have conditional funding from the Norwegian state for approximately €300 million or three billion Norwegian crowns. But it’s conditional in the sense that we have to find the remaining funding for the project,” she said.

The EU’s final decision is expected in the first quarter of 2021, with money to be drawn from the innovation fund appended to the EU carbon market, the emissions trading scheme (EU ETS).

“We have applied for the remaining value that we need, which is approximately €300 million,” Bjerkas told EURACTIV, adding that the sum covers investment cost as well as ten years of operation.

Competition will be fierce, though: no less than 311 projects have applied for the Innovation Fund and only 70 will advance to phase two.

But Bjerkas believes that Fortum’s waste-to-energy plant has some solid arguments to back its case.

“In this case, this project will reduce the city’s emissions by 15%, and emissions from waste incineration in Oslo to almost nothing,” she said. In fact, the plant will even go carbon negative, she argued, because 50% of the CO2 emitted by the incinerator is biological CO2 coming from biowaste.

“When we capture biological CO2, we are in effect removing carbon from the atmosphere because this CO2 is part of the natural carbon cycle. So, in fact, with this carbon capture plant, the waste-to-energy plant in Oslo will have negative emissions,” she added.

Promoters say the project will also help solve Europe’s waste problem. As the EU moves towards net-zero emissions by 2050, landfills will need to be closed down because they are big emitters of methane, a powerful greenhouse gas. And despite efforts to recycle and reduce landfilling, Fortum estimates that 140 million tonnes of waste in Europe will still need end-treatment by 2035.

“As we try to close landfill sites, there are estimates showing that we’re going to need to build another 100 new waste-to-energy plants across Europe,” Bjerjkas said.

To win over support from the European Commission, which manages the ETS innovation fund, the Norwegians have promised a handsome return on investment for Europe.

“If the EU backs this project with its Innovation Fund, it will become a project of European dimension,” said Raymond Johansen, the governing mayor of Oslo.

“We see this as an industrial agreement, which will benefit Europe as a whole because there will be a transfer of technology,” Johansen told EURACTIV.

“Having city-to-city cooperation there can really help advance climate-related issues,” especially in Eastern EU countries which are reluctant about climate action, he said. 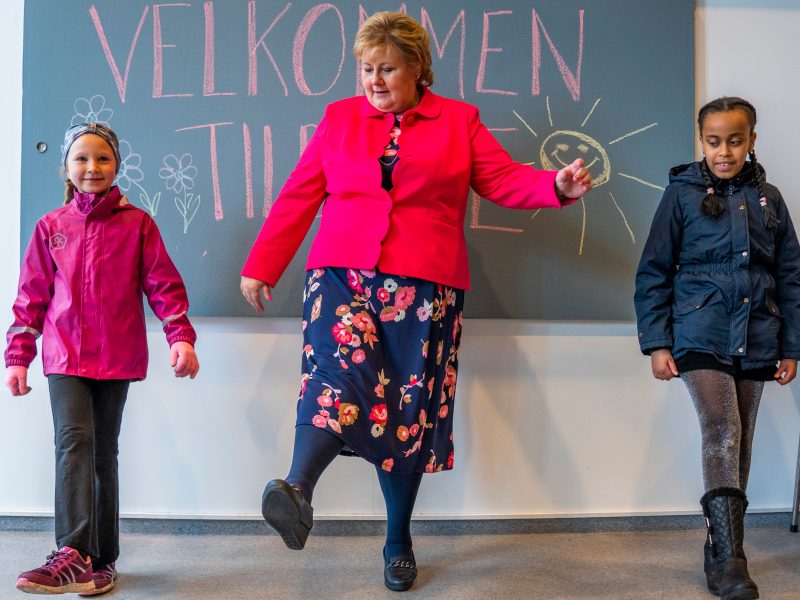 Green activists, for their part, are dubious. “I’m glad they are honest on the fact that incinerators are high carbon emitters as for decades the industry has been profiling themselves as low-carbon,” said Janek Vahk, a campaigner at Zero Waste Europe.

“It’s becoming clear that we need to address the greenhouse gas emissions of waste incinerators if we were to decarbonise the waste sector,” he told EURACTIV in emailed comments.

However, he questions the industry’s focus on capturing emissions, saying there are alternatives to reduce waste in the first place which should be prioritised over end-of-pipe solutions.

For instance, the EU has introduced mandatory separate collection for biowaste (by 2024), paper (already in place), and textiles (by 2025) that will help to reduce the organics still ending up in the residual waste stream, Vahk said.

“Their focus on negative emissions is wrong – focus should be on capturing those organics still found in the residuals,” he added.

“Also for organics the best option is always biological treatment,” he said, referring to the conversion of organic waste into biogas or biomethane, a low-carbon fuel which can be used for electricity and heat production as well as a transport fuel.

“In fact, biological treatment of separate collected biowaste is considered recycling, one step above the energy recovery in the EU waste hierarchy,” he said, citing a study showing that bio digesters – or biogas plants – recover 20 times more energy than incinerators from biowaste.

Campaigners have a more fundamental problem with incineration. According to them, attempts to capture the carbon emissions of waste-to-energy plants undermines other attempts to reduce waste and recycle, which are considered superior in the EU’s waste hierarchy.

“The current over-reliance on incineration has contributed to a lock-in effect in waste management systems which prevents proper recycling and makes climate change worse,” Vahk said, citing a recent investigation in the UK which showed that many municipalities there are burning materials that could be recycled or composted.

“Overall, we are concerned that investing in CCS, rather than in better waste management [such as separate collection and sorting], could create further lock-in effects when it comes to incineration due to the added costs of carbon capture. We believe that waste management structures such as Material Recovery and Biological Treatment sites would be a much better solution”.

Scepticism about CCS in Europe is also linked to previous failures. Back in 2009, the European Commission put €1 billion on the table to finance six CCS demonstration projects, which never saw the light of day. Previous CCS projects were also often linked to coal plants, which have since been out-competed by renewables.

Raymond Johansen, the governing mayor of Oslo, says he is aware about CCS scepticism in Europe. “In Germany, the green politicians are not enthusiastic, so we have to persuade them of the need to finance CCS projects,” he said.

However, he believes the conversation about CCS has matured since the early days when the technology was put forward by the coal industry as a way of mopping up its emissions. Now, CCS projects are no longer related to energy emissions but to heavy industries like cement which have no other alternatives readily available.

And with incineration, he believes CCS has a good business case in the long run.

“Countries are much more positive today about CCS than they were ten years ago,” Johansen says. “As urbanisation continues in Europe and around the world, we believe there will be an increasing need for CCS to be installed on incineration plants. In Europe alone, there are around 500 similar plants which could use the same technology,” Johansen said.

“But of course, I have to say, this remains a challenge. We are Norway, a rich country, we have a lot of income from the oil and gas industry. And it’s extremely difficult for us to apply even for a limited amount of EU funds. This is why the Norwegian government has to give support to CCS overall.”