Pollinators like bees are integral to food production and supply chains. [Shutterstock]

Declining numbers of bees, butterflies and midges could leave companies facing the prospect of reduced crop quality and a shortage of raw materials. A United Nations-backed study has found that most businesses surveyed were unsure of what action to take.

Pollinators across the world are declining in large numbers due to a number of factors, including intensive pesticide and herbicide use, as well as diseases that cross over from domesticated species to their wild counterparts.

More than a third of wild bee and butterfly species face local extinction and a new report produced in part by UN Environment’s World Conversation Monitoring Centre (UNEP-WCMC) has revealed the cost this could have on food supply.

Agriculture’s dependence on pollinators has actually increased 400% since the 1960s and around three quarters of food crops depend on pollination.

The pollination deficit study found that bees and their kin are worth up to $577 billion a year as a result, half of which comes from wild pollinators, underlining the severity of their collapsing numbers. 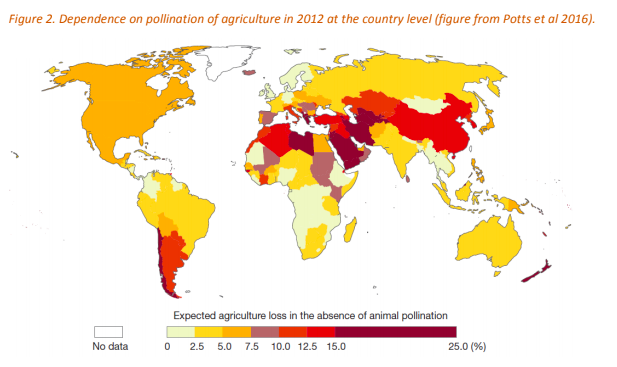 But in a survey of eight blue chip companies, including supermarket giant Asda and food manufacturer Mars, most admitted that they cannot take any action because of uncertainty around which crops and which regions are at risk.

Many of the companies warned that there is simply not enough information on pollinator decline to justify the business case and that the link with supply chain risks has not yet been made to a sufficient extent.

Gemma Cranston, head of the Cambridge Institute for Sustainability Leadership team that participated in the study, warned that “less than half the companies sampled know which of the raw materials they source depend on pollinators”, adding that there needs to be more research to get the full picture.

But representatives from some of the companies approached by the study authors, including Mars and The Body Shop, are now keen to take stock and collaborate with certification bodies, scientists and national governments to try and save pollinators.

The study’s authors recommended making sure that the business case for protecting pollinators is better made and that more data should be collected to better identify where and what crops are most vulnerable.

Another way in which more sustainable supply chains can be created is through judicious use of certification schemes, many of which encourage reduced use of pesticides and habitat restoration to boost wild populations.

“Certification schemes play an important role in driving corporate best practice. Effective integration of the needs of wild pollinators into such schemes will help companies to move faster on this issue,” said Laura Fox, a senior manager at Flora and Fauna International.

The project team that produced the study is now working on assessment methodology to help companies take care of pollinators. Their findings will be presented later this year. 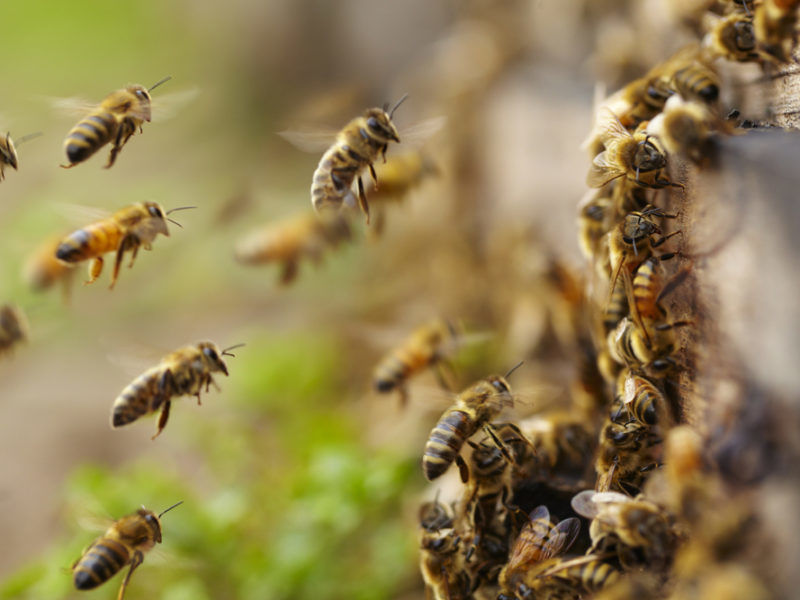 Juncker, friend of the bees

In February, the European Food Safety Agency (EFSA) confirmed suspicions that the collapse of pollinator populations can be caused by the use of insecticides known as neonicotinoids, which are intended to control crop-destroying pests.

A set of new assessments concluded that three variants of neonics represent a risk to wild bees and honeybees, although the pesticide industry disputes the nature of that risk and insists that careful management is preferable to a full ban.

But the chances of a neonicotinoid ban could be more likely now after the European Commission confirmed that it would ask member states to vote on whether to blacklist the three strains on 27 April.

The EU executive’s decision could be a response to a joint letter sent by MEPs from across the political spectrum on 20 March, which called on the Commission to support the European Parliament’s proposal for a ban and convince the member states to do so as well.

On 27 April, the EU Commission will ask national governments to vote on a ban for 3 #neonicotinoids – #pesticides that are killing bees

A first step for @JunckerEU to fulfill his promise to be a "friend of the bees" pic.twitter.com/2UnknDmPZa