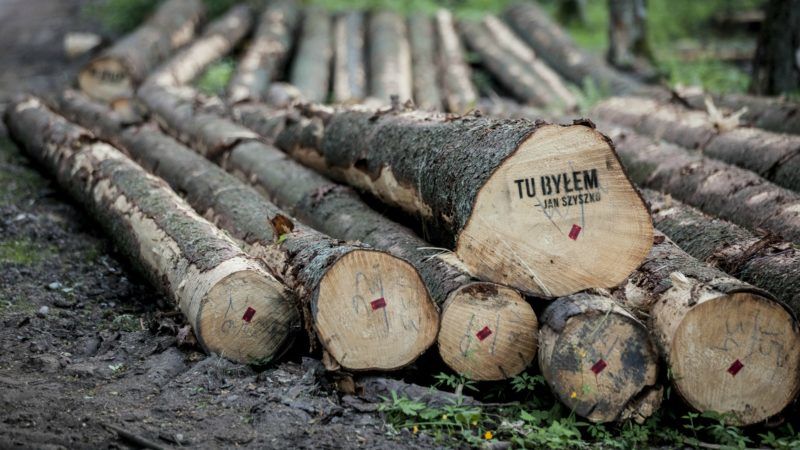 Poland has said the logging is needed to ensure the safety of people who pick mushrooms in the forest, among others, where trees have been weakened by a beetle outbreak. [Greenpeace Polska / Flickr]

Poland reacted coolly to a warning it could incur fines for continuing to log in the Białowieża forest, a UNESCO World Heritage site, saying on Tuesday (21 November) its actions were lawful.

The Luxembourg-based European Court of Justice (ECJ) said on Monday Poland would be fined €100,000 a day if it did not stop large-scale logging in the ancient forest straddling the border between Poland and Belarus.

The court also reiterated its July stance that Poland must stop the logging immediately pending a final ruling in a case the EU’s Brussels-based executive brought before the tribunal. 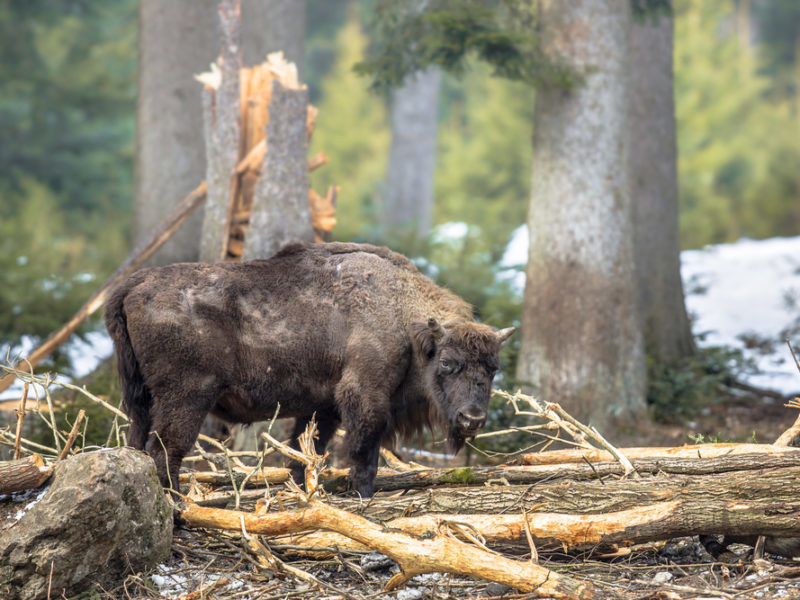 The European Union’s top court said on Monday (20 November) Poland would be fined €100,000 a day if it did not stop large-scale logging in Bialowieza Forest, a UNESCO World Heritage site.

Speaking to radio Wnet in the government’s first response to the court, environment minister Jan Szyszko did not make clear whether Poland planned to halt logging to avoid the fine, but added: “We fulfil the tribunal’s recommendations 100%.”

“We will be doing everything to avoid the fines,” Poland’s Foreign Minister Witold Waszczykowski told radio RMF.

The row feeds into a wider clash between the EU and its biggest eastern member where the ruling Law and Justice (PiS) party is accused of undermining democratic standards, including weakening judicial independence.

When asked at a conference whether Poland would stop logging in Białowieża to avoid the fines, Szyszko replied “Why are you talking about logging?” and did not provide a clear answer. 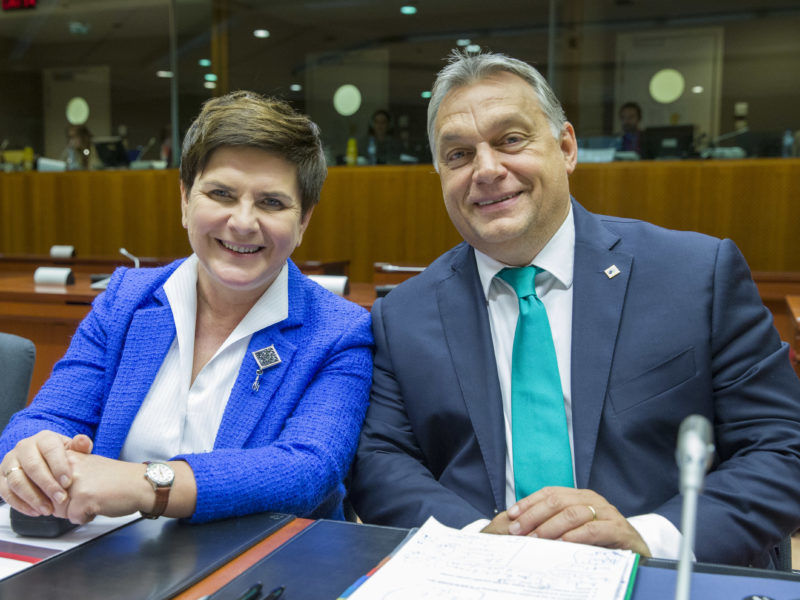 Szyszko considers “logging” as unsuitable description of state-approved actions in Białowieża. The ministry has referred to “sanitary cutting” or “actions taken” in the forest.

The minister also said there is no risk Poland will have to pay the fine as it observes EU law and the court’s decision. Szyszko reiterated that the actions in Białowieża were aimed only at guaranteeing the safety of visitors.

Konrad Tomaszewski, the head of State Forests, a state-run company managing most of Polish forests, said it had decided to stop using heavy vehicle-born cutting equipment to cut down trees in Białowieża as they were no longer needed.

Szyszko approved a tripling of the quota of wood that can be harvested in one of three administrative areas of the Białowieża Forest in March 2016, triggering environmentalists’ protests and dividing Polish society.

He has argued that it would help stop a beetle outbreak unseen in decades that harms spruce and ensure the safety of people strolling in the forest, where trees have been weakened.

Katarzyna Jagiello from Greenpeace told reporters in front of the ministry’s building that trees from the Białowieża Forest continued to be “logged, taken away and sold.”

About 180,000 cubic metres were cut in Białowieża Forest this year, equivalent to 400% of average annual logging volumes there, said Adam Bohdan from Wild Poland Foundation.

But Tomaszewski said this year’s harvesting had been one of the smallest in the past years and is in line with the plan approved by Szyszko. 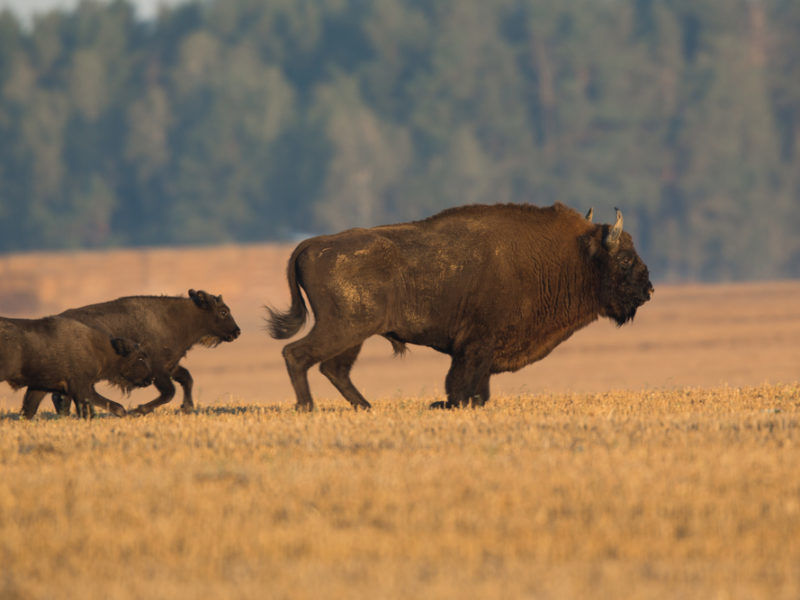 Illegal logging in an ancient Polish forest has been blown out of proportion by the European Commission, which “spread lies” and “manipulated the facts”, according to Poland’s environment minister, who insisted on yet another hearing as part of an ongoing legal case.

“The Polish Minister of Environment said today that he has always been complying with EU law and therefore there will be no fines.

“This statement is extremely worrying given the fact that during the period since the ban on logging was imposed by the Court of Justice in July, the heavy machinery has been cutting down thousands of trees in Bialowieza and devastating the environment. That logging, which may only have stopped today, was an obvious breach of EU law.

“The Minister is clearly misleading the public about the illegal actions which have gone on in this ancient and precious forest. If he is going to continue - as he claims - to ‘comply’ with the law in the way he has done so far then Polish taxpayers, unfortunately, will end up paying huge fines and the forest will pay an unacceptable price.”

Luc Bas, director of the European regional office at The International Union for Conservation of Nature (IUCN), said in a statement: "IUCN remains concerned with the activity in Białowieża and will continue dialogue with Poland over how best to preserve this unique European heritage site".

IUCN reminded that Białowieża has been designated Natura 2000 status, an EU designation which is awarded to sites that are particularly important for biodiversity conservation. The Białowieża forest is home to approximately 1,700 species of plants, 4,000 fungi species, 12,000 invertebrate species, 250 bird species, 13 amphibian, 7 reptile, and 59 mammal species including the largest herd of European bison.