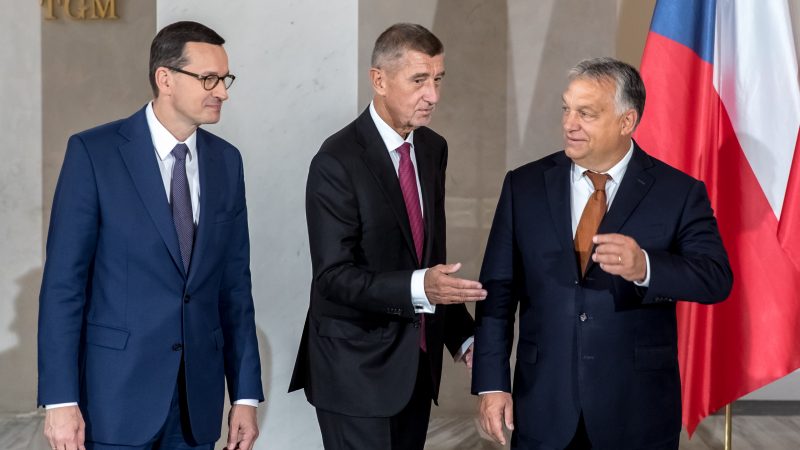 In June, Poland was among four countries to oppose a European Commission plan that aims to reduce emissions to a net-zero level by 2050. The Czech Republic, Estonia and Hungary also refused to sign up to a pact that requires unanimous agreement.

All four hold-outs have cited the costs of the energy transition as reasons for the delay, although European Council officials and diplomats from other countries still believe that an agreement will be reached at a summit in December.

Estonian Prime Minister Jüri Ratas announced on Thursday (3 October) that Estonia will now support the 2050 goal, while energy Commissioner candidate Kadri Simson said during her hearing that she will dedicate herself to it.

But on Tuesday (1 October), Polish Minister for Energy Krzysztof Tchorzewski said he treats it “as a fantasy when someone says that Poland is able to reach the zero-emission goal by 2050”.

The minister also said Poland alone will need up to €900 billion to build up its renewable energy capacity, take coal plants offline and clean up its building sector.

Commission analysts estimate it will take up to €575 billion every year for two decades for the bloc to reach the 2050 net-zero milestone collectively, although the EU executive also points to massive savings in avoided health and climate costs.

Piotr Naimski, a top level energy adviser to the government, told the Financial Times that it was “not possible and not feasible” for the country to hit the 2050 target. He added that coal will still make up half of the energy mix in two decades time.

The group of 24 member states currently in favour of the mid-century goal still have a trump card to play though and it is largely based on the semantic reading of the net-zero option.

Several EU diplomats have told EURACTIV that negotiations have not yet focused on the fact the bloc as a whole should achieve ‘climate neutrality’ by 2050. That essentially means that some countries will have more room for manoeuvre.

One official said that “this is the logic we will want to get across: some countries will get to net-zero early, by 2035 maybe, so the collective emissions budget will actually increase”.

Finland for example has pledged to cut emissions completely by 2035. Due to its large forests and peatlands, the Nordic nation is a giant carbon sink and will eventually be carbon negative. Bhutan and Suriname are the only countries to have so far achieved that feat.

The Commission has slowly moved away from country-specific energy and climate targets but one EU source insisted that it could be a viable option to convince Poland that it will have more leeway.

Financial aid is also currently under discussion, with looming overall budget talks, an update to the European Investment Bank’s (EIB) lending policy and more tweaks to the EU emissions trading scheme (ETS) all on the table.

Krzysztof Tchorzewski’s remark that carbon neutrality in Poland by 2050 is a “fantasy” has already been given short shrift by new analysis produced by green group WWF Europe.

His claim that the country will need nearly €1 trillion to get the job done is heavily refuted, with the environmental NGO estimating that a sum between €32-76 billion will be needed instead.

The analysis also calculates Poland will save €55 billion on total energy costs, as well as €200 billion of avoided health and environmental costs.

“Poland already has the money to clean up its energy system, benefitting its workers, climate, health and electricity bills. But right now, it is mainly spending that money on polluting coal and gas,” WWF’s Katie Treadwell said in a statement.

She added that Poland should invest in renewable energy, cut fossil fuel subsidies and boost social support for areas that will be most affected by the transition. Treadwell also urged the EU to maintain regional funding but ensure it is spent on modernisation efforts.

Climate policy is currently a difficult subject for the Polish government because of a looming general election on 13 October, which the ruling Law and Justice party (PiS) is expected to win again.