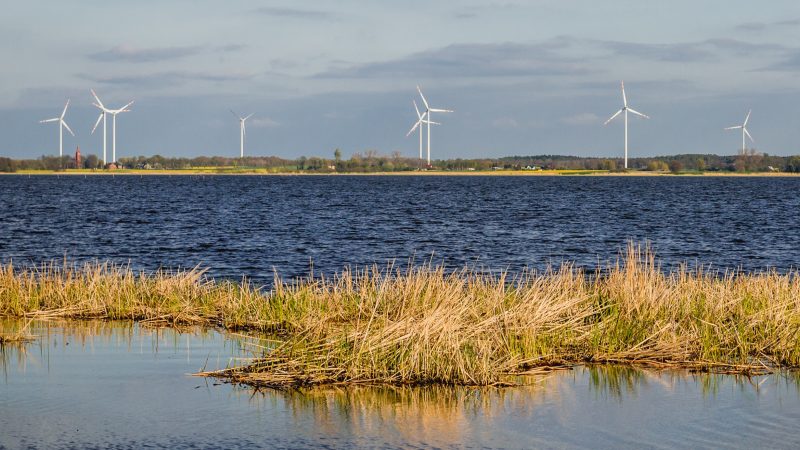 The paper, obtained by EURACTIV, said that the coronavirus crisis “may lead to undermining energy security and the speed of clean energy transitions”.

“We can already see delays in the implementation of energy projects caused by the disruption of supply chains,” the paper said, warning of drying investments in renewable energy as a result.

Border shutdowns decided at the beginning of the virus outbreak have disrupted the energy sector, causing the oil price to crash, and disrupting value chains in clean energy technologies such as wind and solar.

“So far we have seen solar, hydro and wind impacted, but one cannot exclude negative impacts on other key energy technologies,” the paper states, calling for “additional measures” to ensure “European supply of critical components and materials to transform the European energy sector”.

Poland calls in particular on the European Union to “accelerate the development of renewable energy sources and its storage which, apart from contributing to climate neutrality, have proved to be the most resilient” during the crisis.

Poland’s support for clean energy comes in stark contrast with previous statements from Warsaw, which called on the EU to exempt the country from the EU’s carbon market during the crisis.

Poland is the only EU state that refused at a December summit to commit to climate neutrality by 2050. At the same time, the country is investing heavily in offshore wind and electric mobility to meet its EU decarbonisation goals and replace old inefficient coal power plants.

EU energy ministers will on Tuesday assess short-term measures taken at national level to ensure energy security during the crisis and seek to identify how the energy sector can contribute to the recovery phase in the medium term.

The Polish paper aims to feed into this debate, listing a series of energy objectives Warsaw believes should be prioritised when drawing up a recovery plan from the COVID-19 crisis.

Priority areas for investments include “digitalisation” and “energy efficiency” – “in particular in buildings (insulation, heating and cooling systems…)” – as well as “promoting low- and zero-emission transport, including rail transport,” the paper states.

Finance is at the centre of concern for Warsaw, which calls on the EU to “mobilise investments into low and zero-emission European industries, such as electromobility” and hydrogen.

In this regard, the paper calls for stronger EU cooperation on research and innovation. “We should support and develop all possible clean technologies which will contribute to reducing emissions” and strengthen Europe’s energy independence, the paper says, citing “sustainable fuels, hydrogen technologies, electromobility, energy storage, and others”.

Poland generates around 80% of its electricity from coal and is worried about the social implications and economic costs of phasing out fossil fuel.

Coal-dependent regions that are already expected to be most affected by the transition to a green economy are also likely to be the most heavily impacted by the social consequences of the pandemic, the paper points out.

“The slowdown and the recovery should not come at the expense of the poorest,” it says and adds:

“We need an ambitious and robust recovery plan with appropriate public aid rules, ensuring the sustainable, solidary and equitable development of the continent without burdening the poorest and most vulnerable of our citizens.”

> Read the full Polish paper below or download here.