Mere “political commitments” will not be enough to ratify the agreement between the European Union and Mercosur countries, a French cabinet minister told the informal foreign affairs trade council on Tuesday (2 March), citing environmental and agricultural concerns. EURACTIV France reports.

“We will not vote on the text as it stands. We have demands, particularly on the issue of deforestation. This agreement must not increase imported deforestation in Europe,” the Minister Delegate for Foreign Trade and Economic Attractiveness, Franck Riester, told the council, which brings together EU27 ministers.

What Paris wants is “concrete and verifiable” guarantees from Mercosur countries on forest protection, he insisted.

In a report published on 18 September 2020, and presented to French Prime Minister Jean Castex, a commission of experts estimated that ratifying the text as it stands would aggravate deforestation in Latin America.

The EU-Mercosur deal needs the approval of all EU countries, the four Latin American states (Argentina, Brazil, Uruguay, and Paraguay), and the European Parliament. However, the EU’s future trade policy aims to fully integrate the challenges of sustainable development.

Although the current treaty came after twenty years of negotiations, the minister delegate said “it will take time” as finding common ground will not be easy.

“There is no need to rush. What we are building here will not only apply to Mercosur countries but also to future trading partners,” Riester stressed.

This situation is reminiscent of when Wallonia, Belgium’s French-speaking region, blocked the ratification of the CETA agreement between the EU and Canada in 2016. 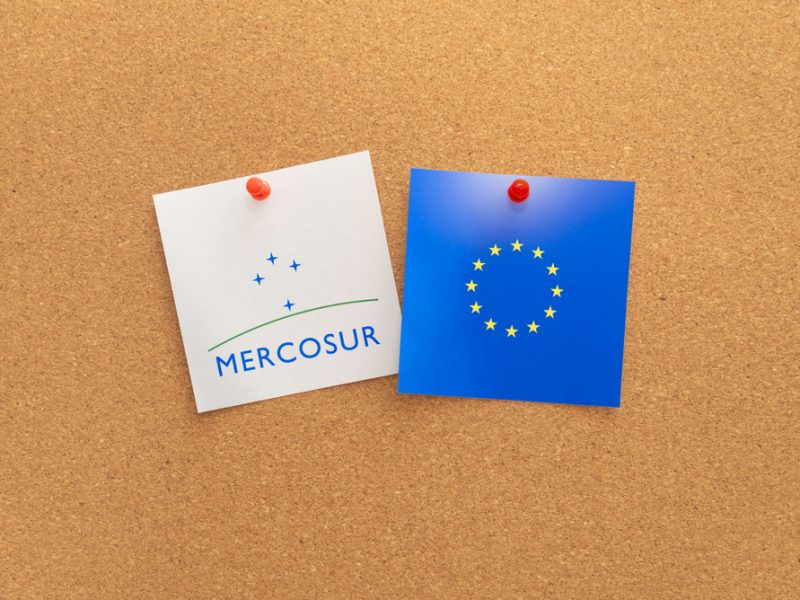 Portugal and Argentina, which hold the presidencies of the EU Council and Mercosur respectively, have agreed to make progress on the outstanding issues for the entry into force of the EU-Mercosur agreement, Argentina’s government has announced.

Another point of contention is the Paris Climate Agreement, which Riester insisted “must be respected by the Mercosur countries”.

He said that with the latest nationally determined contributions [to fight climate change] defined by Brazil, “we are completely at odds with what should be done. There is a lot of work to be done in this area”.

Moreover, agri-food products imported from Mercosur states will have to comply with EU health and environmental standards. According to the minister delegate for foreign trade, “we need means of verification. We want concrete, tangible, verifiable, quantifiable guarantees.”

Riester also reiterated France’s position on forced labour, urging companies to be vigilant “on the way they trade or invest with partners in China or elsewhere that use forced labour”.

The minister delegate also said that he would like to set up a “European mechanism to block the import of products manufactured using forced labour” in the coming months. 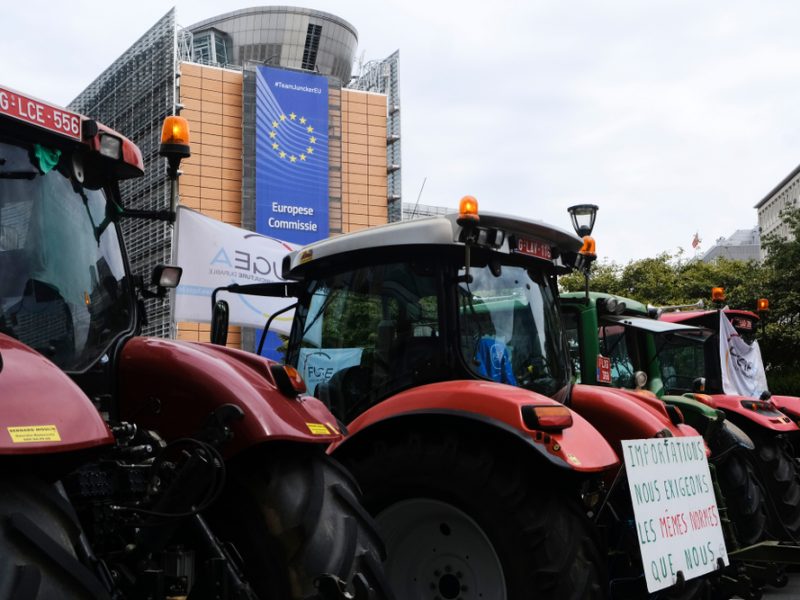 The entry into force of the Mercosur deal – set to forge a trade area between the EU27 and Mercosur countries, Argentina, Brazil, Paraguay and Uruguay – remains a controversial topic amongst agrifood stakeholders.