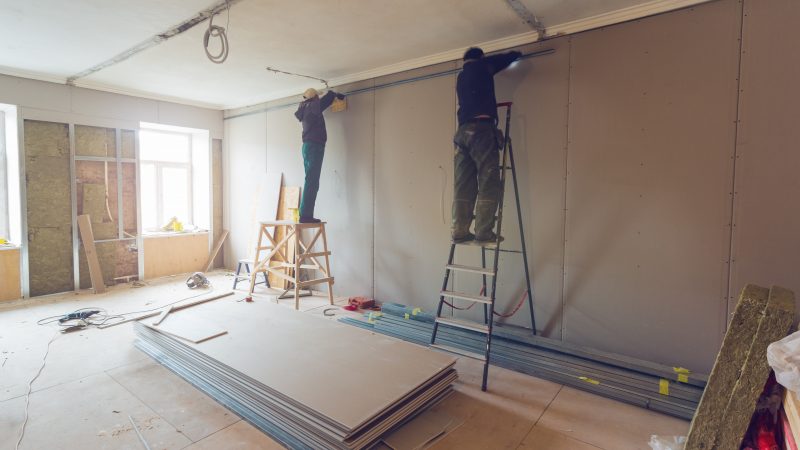 Buildings have been thrust centre stage amid the Russian war in Ukraine as the building's reliance on gas for heat is becoming increasingly untenable. [Shutterstock/Zakhar Mar]

The Russian invasion of Ukraine has made gas heating increasingly untenable. This may be the push needed for the EU’s revised Energy Performance of Buildings Directive, which could channel extra funds into renovation.

Nothing guzzles fossil gas like Europe’s buildings. Much of the gas imported from Russia ends up heating homes, with 39% of European households in 2019 using a gas boiler. In Germany alone, 20 million gas boilers are running day in day out.

“Let’s be honest, it will take more than a decade to replace all of them with heat pumps,” says Birger Lauersen, president of Euroheat & Power, an association representing the district heating sector. “And even if they have the electricity to replace those, where on earth are they going to find 20 million heat pumps?” he asks.

This is where the EU’s revised Energy Performance of Buildings Directive (EPBD) comes in. The more insulated homes are, the less energy they consume – whether that comes from Russian gas or electricity.

“The EPBD is more relevant than ever to improve our energy security, tackle climate change and reduce energy poverty,” explains Greens/EFA MEP Ciarán Cuffe, who is in charge of finding a common position on the law in the European Parliament.

“47% of our solid fuel, 27% of our crude oil and 41% of our fossil gas came from Russia in 2019, along with 20% of EU uranium,” Cuffe notes. “Now is therefore the time to ramp up our ambition in the Energy Performance of Buildings Directive,” he adds.

“Every cent spent on energy efficiency and renewable energy is one less cent going to Putin’s Russia,” he told EURACTIV.

Negotiations are currently underway in Brussels over the specifics of the EPBD revision. The European Commission tabled a proposal in December last year, which seeks to renovate the 15% worst performing buildings in Europe.

After 2030, “all newly constructed buildings should be zero emission buildings,” she told a EURACTIV event on 22 February, just two days before the Russian invasion. 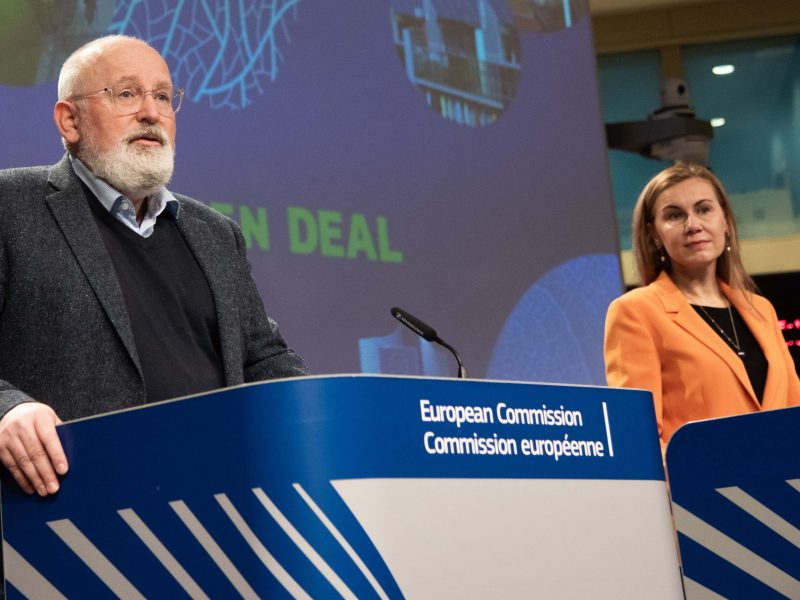 While the EU’s goals are ambitious, progress has been slow, with only 1% of Europe’s buildings undergoing renovation each year. This pace must be doubled at least, according to the Commission.

While the roadblocks to renovation are plentiful, one is relatively new: renovations without state support tend to pay off later in their lifetime due to the high price of construction materials.

“We have new prices for the materials,” said Kalin Peshov, chairman of the board of construction firm Glavbolgarstroy AD, who spoke at the EURACTIV event. “I’m saying new prices because they are not even comparable with the old ones,” added Peshov, who is also vice-chairman of the Bulgarian Construction Chamber.

The price of building materials have skyrocketed over the past two years, driven by supply chain disruptions during the COVID-19 pandemic and the construction boom that followed the loosening of restrictions across the world. Prices went up again more recently with a ban on timber from Russia, the world’s largest exporter, decided as part of sanctions against Moscow over its invasion of Ukraine.

The structure of the industry doesn’t help either. Whereas in digital policy, lawmakers can address the biggest companies directly, the construction sector is incredibly fragmented, explained Domenico Campogrande, director general of the European Construction Industry Federation (FIEC).

“There are more than 50 European organisations who have a link with construction activities, which makes the overall weight of our ecosystem, as it is called now, sometimes relatively lower than other industrial sectors,” he said at the event.

This may be changing though, partly due to renewed attention from policymakers.

“With the new priorities, especially the environment part, they have put our ecosystem really at a central point with an extremely important role to play in the achievement of these main objectives,” Campogrande said.

And with the EU’s €800 billion recovery plan agreed by EU leaders in 2020, the European Commission now has unprecedented financial firepower to support its building renovation wave.

“The idea is actually to transform the [COVID-19] crisis into an accelerator for the transition,” said Fulvia Raffaelli, head of the construction unit at the European Commission’s internal market directorate (DG GROW).

The EU executive aims to spend the funds “in a way that is fully aligned with the overall objectives around climate neutrality, more energy efficiency, and on top of it more resilience for the European Union,” she explained, saying the funds will go in priority to those in need.

As EU states must spend at least 30% of the fund on green projects, they should use the money to speed up the renovation of buildings, Penkova said.

“So I think it’s just a matter of strategic planning for the member states to achieve that.”