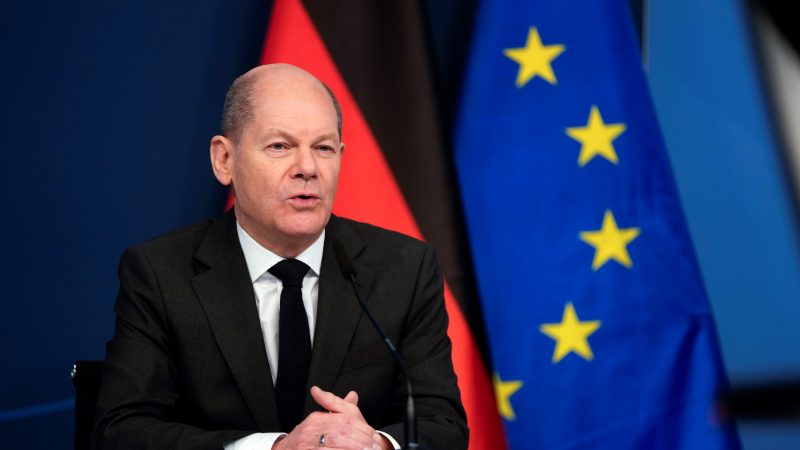 German Chancellor Olaf Scholz displayed his ambition for a G7 climate club but he must also manage the complex carbon border levy legislation at the same time . [EPA-EFE/MARKUS SCHREIBER / POOL]

German Chancellor Olaf Scholz has championed the creation of a “climate club” bringing together large economies pushing for more ambitious climate action. But as the EU pushes for a carbon tariff at its border, he is walking a diplomatic tightrope.

As part of Germany’s G7 Presidency, Scholz is seeking to form an international alliance in order to push more ambitious climate policies.

“We will use our Presidency of the G7 to turn that group into the nucleus of an International Climate Club,” Scholz said on Wednesday (19 January) during a speech at the world economic forum in Davos.

His announcement reflects a long-held ambition that Scholz initially expressed during his tenure as finance minister under the previous German government led by Angela Merkel.

“The idea of a climate club has long been a favoured project of Scholz,” says Johanna Lehne, senior policy advisor at E3G, a think-tank.

Scholz’s vision is summarised by the acronym “ABC” – a gathering of Ambitious, Bold and Cooperative countries on climate change.

Ambition would be achieved “by committing its members to the 1.5 degree target and to climate neutrality by 2050, at the latest” he told the audience in Davos.

Bold means “ensuring that we act now to reach those goals,” he added, citing carbon pricing as an essential policy tool. And being cooperative means “remaining open to all countries and respecting WTO rules,” he said.

Since three EU states are G7 members who are already committed to the same climate targets, Scholz’s climate club is aimed primarily at the remaining members – Canada, Japan, the UK and the US.

According to proponents, trading within a climate club would ensure a level playing field for the countries involved, which would be subject to similar carbon pricing rules.

But others say this is not sufficient. A climate club is “not a credible stand-alone option,” writes the Berlin think-tank Agora Energiewende.

“It is highly unlikely that the EU’s key international partners will agree on a uniform global carbon price by 2030,” notes Oliver Sartor, senior industry advisor at Agora. 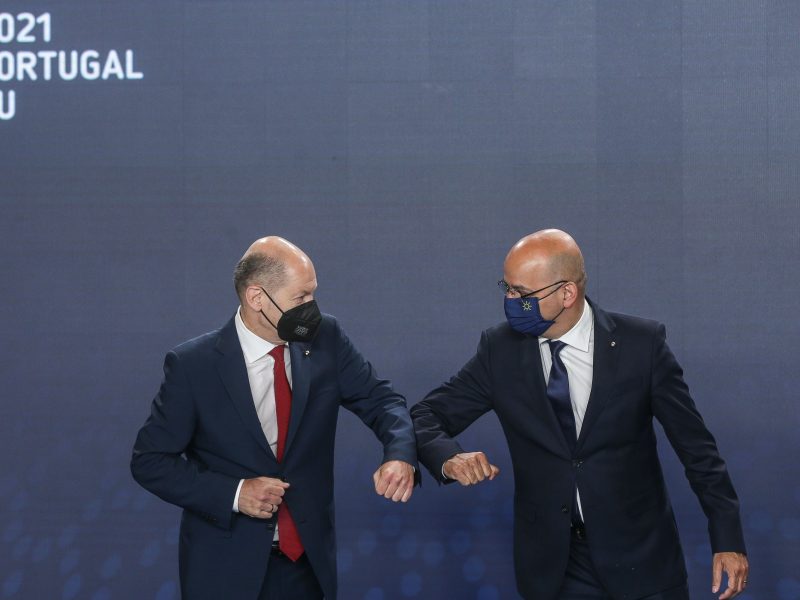 Until now, EU industry has been relatively shielded from foreign competition thanks to a system of free CO2 credits that were distributed to companies under the EU’s emissions trading scheme.

Some European companies even received more emission certificates than necessary, which awarded them generous windfall profits.

As the European Commission seeks to move the bloc towards net-zero emissions by 2050, free emission certificates for industry are gradually being phased out, with a planned end date foreseen in 2036.

To ensure a level playing field after the regime expires, the Commission has proposed introducing a carbon border adjustment mechanism (CBAM) that would impose a CO2 price on imports of carbon-intensive goods like steel, fertilisers and aluminium.

There is just one problem: CBAM will not compensate EU industries for the production of goods exported outside of Europe, unlike the current system of free allocations which covers their entire production.

“You know we are very hesitant when it comes to CBAM,” said Joachim Lang, CEO of the influential German industry association BDI. “We are worried about retaliation, like from the US or China,” he warned on 13 January.

Germany’s new Vice-Chancellor Robert Habeck tried reassuring sceptics, telling industry representatives on 18 December that CBAM “must not be allowed to trigger a new trade war as a hidden tariff”.

“Given the importance of exports to German industry, CBAM is a highly sensitive subject,” says Johanna Lehne from think-tank E3G. The German coalition is still trying to find a unified position on the proposal, she told EURACTIV. 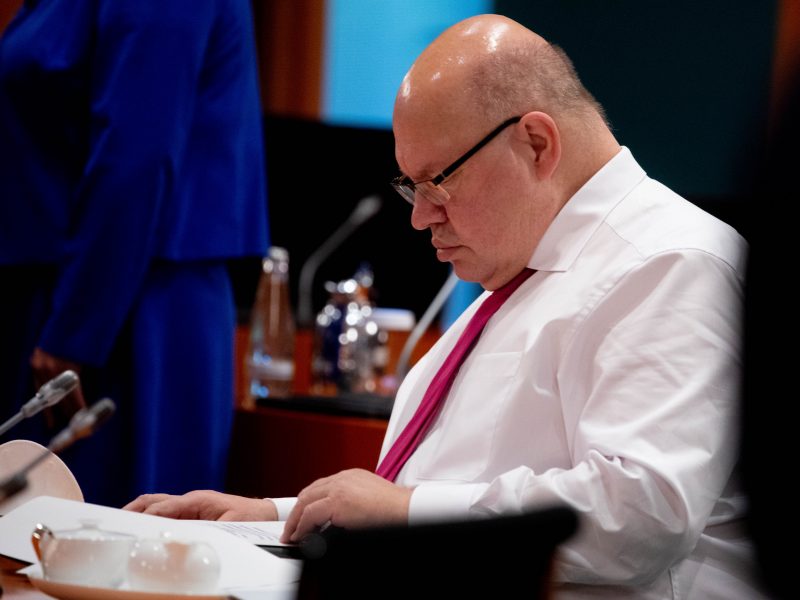 Industry in Germany watched the presentation of the European Commission’s new package of energy and climate laws with bated breath on Wednesday (14 July), expressing worries about a reform of the EU’s carbon market that could see free CO2 pollution …

Despite German reservations, CBAM is a central element of the European Commission’s ‘Fit for 55’ package of legislation, which seeks to cut EU emissions 55% below 1990 levels by 2030.

It is also a key demand from France, which has lobbied hard for many years at EU level to introduce the system as a way of shielding its industry from environmental dumping coming from countries like China.

“The European Commission’s CBAM proposal from last year treads a careful line, balancing trade partner concerns with the need to introduce much clearer incentives for domestic industries to decarbonise,” Lehne remarks. Ultimately, CBAM will become a central piece of the EU climate policy arsenal, she added.

This is where Scholz’s climate club comes in. If enough states sign up, CBAM would essentially not apply, according to the European Commission’s proposal.

Establishing climate clubs “is helpful as long as the large emitters China and the US participate,” explained the BDI in November 2021. Given the industry’s aversion for CBAM, climate clubs seem a more tangible prospect.

Despite industry concerns about CBAM, “so far, we have not seen the German government explicitly call for replacing the EU CBAM with its push for a climate club at the G7 level,” Lehne said.

According to Lehne, Germany “definitely has the intention to use the club as a means of opening up  conversations with trade partners on pursuing a common CBAM.” As of now, she continued, “Germany has remained supportive of also pursuing an EU CBAM in parallel”.

And given the overlap of the German G7 presidency and the French EU Council presidency, some believe the two are in fact complementary.

“The proposed ‘climate club’ may have value as a complement to a CBAM,” writes Agora Energiewende in a report dated 18 January which gives advice on how to reconcile the two pet projects of France and Germany.

Combining CBAM and Scholz’s climate club could give the EU a stronger position “to elicit meaningful cooperation from trading partners if it has the credible alternative of a CBAM in place,” the authors write. 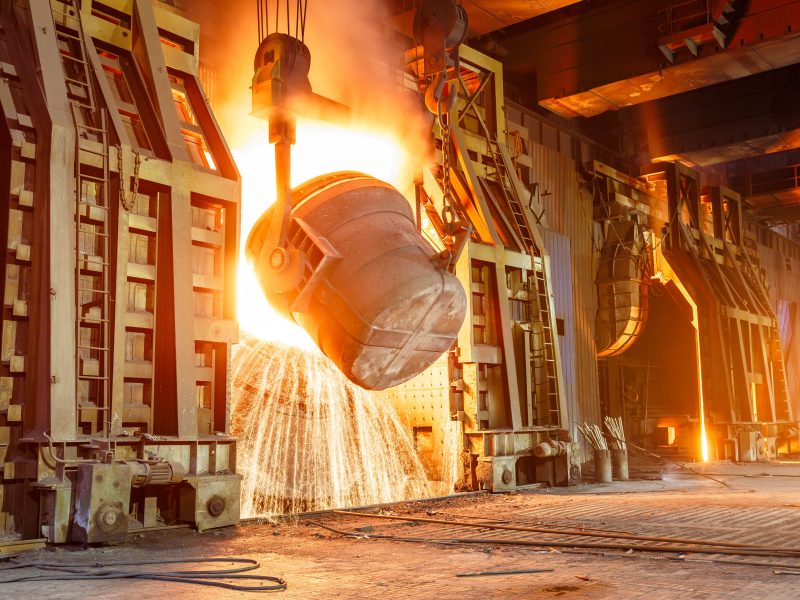 A hydrogen climate club for the global south?

Another, more surprising aspect of Scholz’s climate club idea, is how it combines with Germany’s emerging “hydrogen diplomacy”.

“Within the Climate Club, we want to work on a common understanding of what green hydrogen is,” Scholz said in Davos. “And we will coordinate our respective investments,” he added.

With its strong industrial base and thirst for energy, Germany is a natural buyer of green hydrogen that can be produced in large volumes in developing countries using solar power, Scholz remarked.

Lehne said she was “surprised to hear Scholz mention green hydrogen in connection with the climate club” during his speech at Davos. “While the offer of technology sharing and mutual benefit is positive, we note a real risk of this turning into a purely extractive policy if not handled carefully,” she said.

Earlier this week, Germany’s hydrogen diplomacy efforts in Kyiv were met with outright scepticism. Whether Scholz’s offer to developing countries will be more palatable to them remains to be seen. 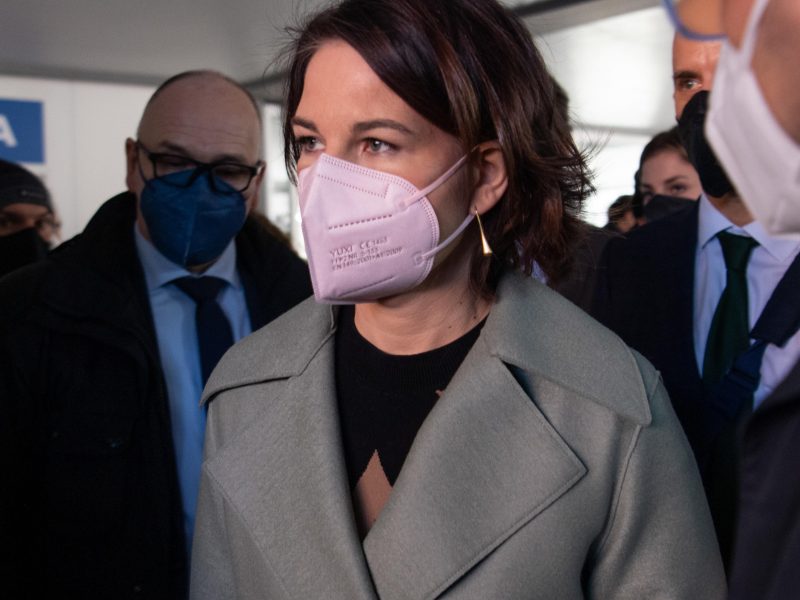