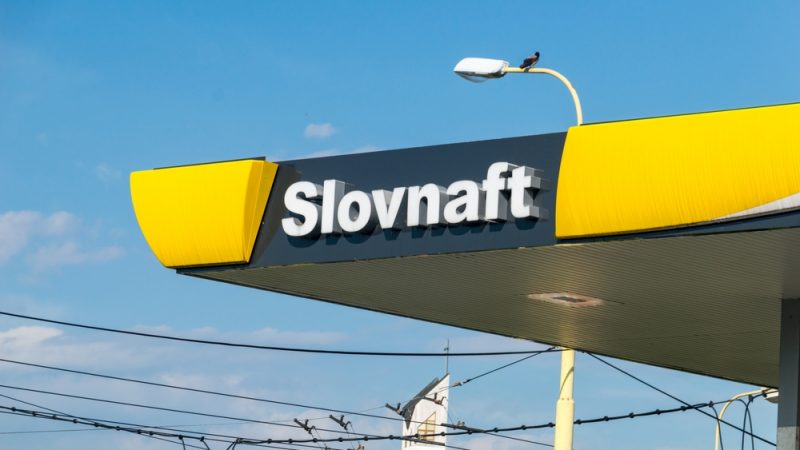 Meanwhile, Slovak “economy minister (Richard) Sulík is negotiating an exemption for the purchase of oil for the Hungarian oil-refining group MOL, which also includes Bratislava-based Slovnaft, but in which the Slovak government owns no shares at all,” Hirman explained. [Shutterstock/Robson90]

The oil embargo exemption Slovakia is asking for will not benefit citizens but the owner of the only Slovak oil refinery, Slovnaft, a subsidiary of Hungarian MOL, analysts point out.

There is a “fundamental difference” between the Slovak exemption and the exemption requested by the Czech government, explained influential energy commentator Karol Hirman.

According to the analyst, Czechia wants an exemption based on capacity problems with the pipelines, which are operated exclusively by pipeline operator Mero, owned by the Czech state.

Meanwhile, Slovak “economy minister (Richard) Sulík is negotiating an exemption for the purchase of oil for the Hungarian oil-refining group MOL, which also includes Bratislava-based Slovnaft, but in which the Slovak government owns no shares at all,” Hirman explained.

“This is crucial because Sulík’s exemption will have a direct impact on MOL/Slovnaft’s economic results as it will allow them to continue with the purchases of the Russia oil trough Druzhba pipeline with a big discount to market prices and will result in increased profit margins,” he added.

Sulík argues his exemption will reduce the prices at gas stations. They, however, are based on the market prices of the Rotterdam Petroleum Products Exchange.

One of the minister’s main arguments for an exemption is that the Slovnaft refinery in Bratislava has been built to refine Russian crude oil, and it would take a long time to repurpose it for Arab oil. However, MOL CEO Zsolt Hernádi claims it is possible in a couple of months, although effectiveness would decrease by 20-30%.

Another argument is that Slovakia and Hungary depend so much on Russian oil that they cannot afford the ban.

Sulík claims that the capacity of the Adria pipeline running from Croatia is inadequate. “It will be necessary to strengthen the Adria pipeline, which today has insufficient capacity for Slovnaft to produce efficiently,” Sulík said.

EU countries are still struggling to reach a compromise over an embargo on Russian oil as Hungary insisted on its veto at an EU foreign ministers meeting last Monday.

Further discussions will take place this week at the diplomat level with an objective to reach a deal by the end of the week, before a crucial EU summit at the end of the month.

According to a diplomat who spoke to EURACTIV on condition of anonymity, a deal between the Commission and Budapest is highly likely after the executive presents on 18 May its REPowerEU plan to phase out Russian fossil fuels.

“It’s in no one’s interest to take the issue to the EU summit level […] Viktor Orbán knows he will be under huge pressure there, so he also wants a solution before that”, the diplomat noted.

The diplomat stressed that Orbán’s stance brings other governments in a difficult position at home because if Budapest gets what it wants, others, such as Bulgaria, will question why they did not get the same.

“The same happened with Spain and Portugal when they got the gas price cap,” the diplomat concluded.