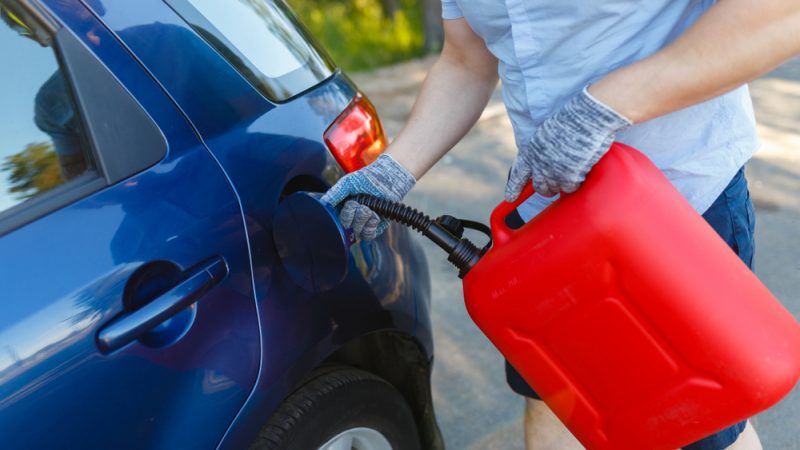 As of Tuesday (10 May), the maximum retail price was set at €1.560 per litre for regular petrol and €1.668 a litre for diesel, respectively, about 15 and 20 cents below prices at the pump on Monday (9 May). Wholesale prices are capped at €1.540 for regular and €1.648 for diesel. The prices will be valid for three months. [Shutterstock/Aleksey Korchemkin]

The Slovenian government has reintroduced the price regulation of motor fuels, a move that comes less than two weeks after previous price caps were lifted with the argument that the market had stabilised.

The government said the temporary measure was put in place because it expected further market disruptions and significant price volatility due to the planned EU embargo on Russian oil imports.

Slovenia’s leading fuel retailers – the market is dominated by domestic energy incumbent Petrol, Austria’s OMV and Hungary’s MOL – estimate that they will incur losses of €20 million per month due to the price caps. The regulation stipulates that they will be partially compensated for the losses.

Fuel prices have become a sensitive political issue in the country. They were first introduced in March, at the start of the election campaign, and eliminated less than a week after the general election, amid accusations that this was done on purpose to make life difficult for the new government. The outgoing government has dismissed the charge.

In a much-publicised interview earlier this week, the presumptive new Prime Minister Robert Golob announced that his incoming liberal government would impose energy price regulation as a priority, targeting not just fuel but other energy sources as well.