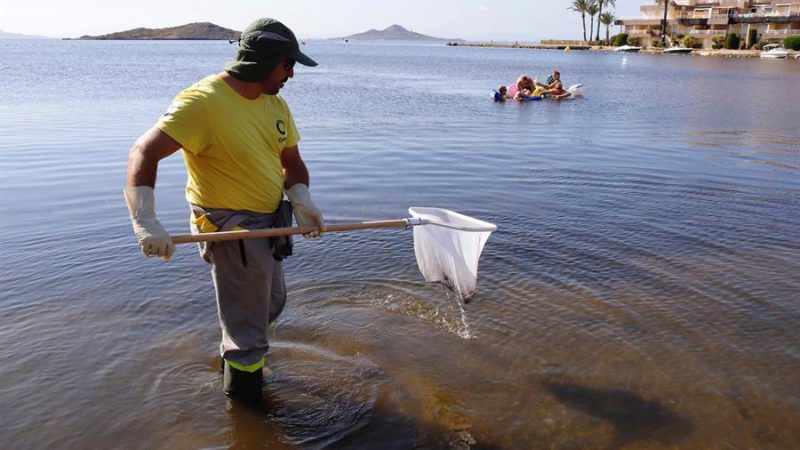 The lawsuit filed by the Murcia government claims the Spanish state has failed to regulate the dumpage of substances into the Mar Menor, which they argue is the national government’s prerogative. [Dead fish - PHOTO: EFE/Juan Carlos Caval]

A court in the Spanish region of Murcia has opened an investigation against the ecological transition ministry over its alleged role in the environmental disaster in Mar Menor, a lagoon in southeastern Spain where tons of dead fish have washed ashore in the past week. EURACTIV’s partner EFE reports.

The investigation procedures were launched following a lawsuit filed by the government of the Region of Murcia on 17 August against the ministry for “inaction” in regenerating the saltwater lagoon, while the Spanish government has accused regional authorities of using the legal spat to hide its own negligence and shift responsibility.

“Those who failed to act despite orders to do so, and who opposed any measures that could have tackled illegal activity, now want to solve the issue with a lawsuit instead of directing political effort towards stopping the environmental deterioration of the Mar Menor,” a ministry source told EFE.

They also blamed the regional government for failing to adopt measures to avoid the dumpage of polluting substances into the lagoon.

The lawsuit filed by the Murcia government claims the Spanish state has failed to regulate the dumpage of substances into the Mar Menor, which they argue is the national government’s prerogative.

The Spanish government’s “inaction,” they say, is responsible for polluting substances from intensive farming in nearby areas ending up in the aquifer.

Thousands of marine animals in the lagoon have been killed in recent weeks due to the spike in pollutant agricultural fertilisers.

The regional prosecutor’s office vowed to fight the pollution in Mar Menor and to hold the parties responsible accountable for the environmental disaster.

Likewise, the ecological transition ministry said they will continue working to improve the highly degraded ecosystem, by following scientific guidance and ensuring that laws are complied with. 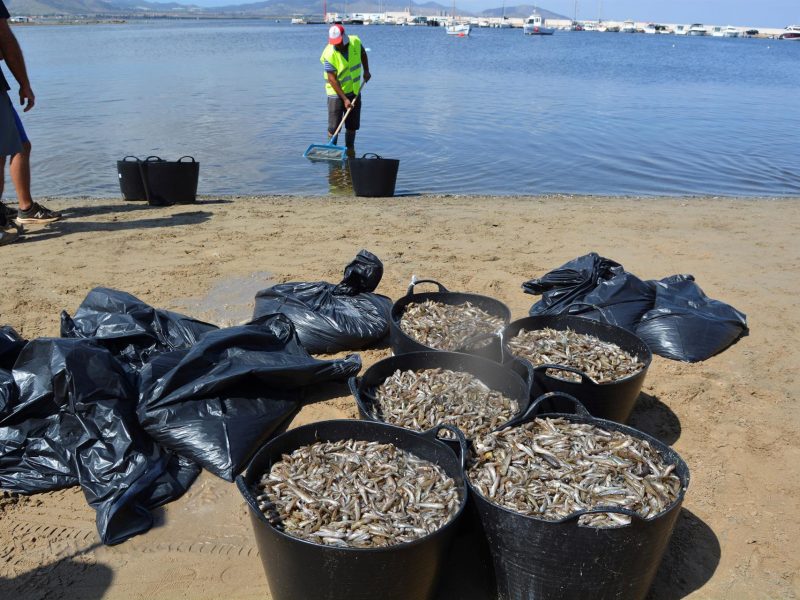 Thousands of dead fish have washed up on the shores of Spain’s Mar Menor in an environmental disaster that has shocked residents and tourists visiting the area, EURACTIV’s partner EFE reports.