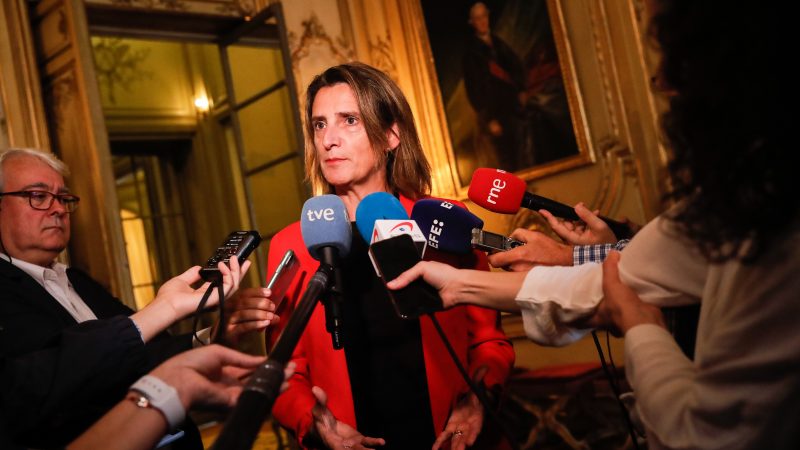 “I think it is essential to be there,” said Ecological Transition Minister Teresa Ribera in the interview. [EPA-EFE/TERESA SUAREZ]

Major CO2 emitters and large economies like China, India and Russia not yet confirming their attendance at this year’s COP27 is regrettable, Ecological Transition Minister Teresa Ribera told EFE in an interview.

Ribera and Prime Minister Pedro Sanchez will attend the opening session of the UN climate summit in Sharm-el-Sheikh on Monday.

“I think it is essential to be there,” said Ribera in the interview.

The no-show of China, India and Russia are “major absences at a geopolitically tense time that we will regret,” the minister said, pointing to the negative multilateral environment in terms of climate policy and more generally.

At the same time, Ribera highlighted the importance of several African leaders and new Latin American leaders attending the summit.

On the European Union’s climate policies, Ribera believes the bloc should explain that it remains committed to speeding up its ecological transition and that its return to “more traditional solutions” to reduce Russian gas dependency are temporary.

“In a context of such energy turmoil”, many developing countries want to know the degree of commitment of the EU and the US, she added.

Ribera also called for “constructive multilateralism” and to approach global problems in a way that allows “peace to continue to be built”.