Europe is the world's largest importer of cocoa, but is yet to fully legislate on the issues surrounded it [Indi Samarajiva]

Europe is the world’s largest importer of cocoa, accounting for over 60% of global consumption, but although an EU directive adopted in 2000 sets out what chocolate should contain, the environmental and poverty aspects have been sorely neglected for decades.

Pressure is mounting on the EU to regulate cocoa, with the European Green Deal putting a spotlight on sustainable supply chains.

“We really have a responsibility to make sure that farmers are being paid enough and that they are able to produce cocoa in sustainable conditions that mean they will be able to continue producing cocoa in future generations,” said Julia Christian from FERN, a forestry NGO.

Like coffee, palm oil and soy, cocoa is an imported forest commodity. What differentiates it is that it is often grown on smallholder farms, with an average of 2.5 hectares of land, creating a myriad of farmers and a murky supply chain.

Traceability, a robust monitoring system, including satellite monitoring, and multi-stakeholder talks are required to tackle the environmental issues in cocoa and fully understand where our cocoa comes from, according to Ethan Budiansky, director of environment at the World Cocoa Foundation.

Locked in by poverty

As well as being produced on smallholder farms, cocoa beans are often the only produce grown, meaning farmers are sensitive to changes in pricing and driven to higher production rates.

“People are deforesting because they’re poor, because they need more land so that they can grow more cocoa,” said Christian.

Farmers often earn below the UN poverty line, which is $1.90 (€1.61) a day. Many farmers, particularly women, don’t own the land they farm, meaning they don’t have the incentive or capital to invest.

The rurality and poverty of cocoa farmers also leads to child labour.

1.5 million children are involved in child labour in Ghana and Ivory Coast, an increase of 13% percentage points over the last 10 years, a report published last week showed.

Most of these are on family farms, wielding sharp tools and working long hours or at night.

“There is a very thin line between what is child labour and what is helping on the family farm,” said Maria Suman-Negut, Director of Sustainability at the trade association, European Cocoa Association.

She added there is no place for child labour in cocoa production, but it “remains a significant concern for us and for our members”.

Children often don’t have birth certificates, restricting their access to basic services, and schools can be 4km away, making it dangerous for children, particularly girls, to access education. 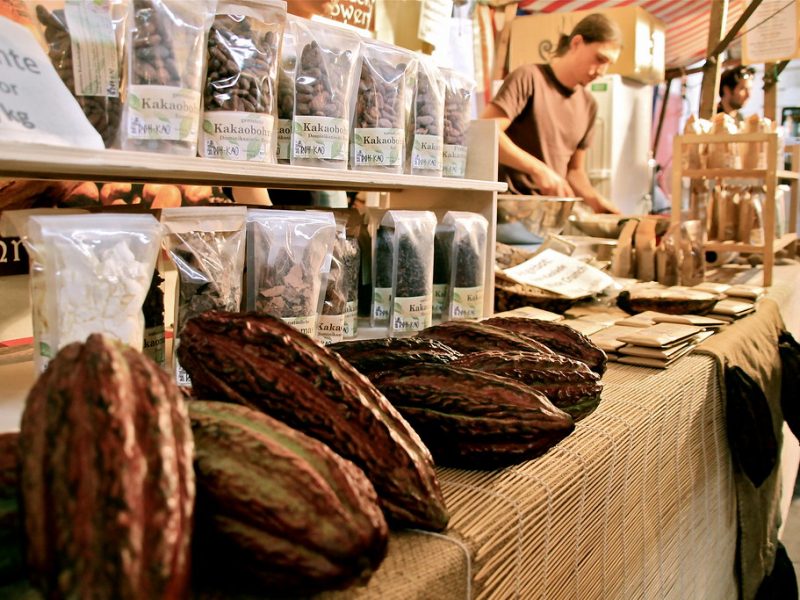 In Ghana and Ivory Coast, cocoa is a huge industry, providing the livelihood of up to six million farmers with a further 50 million working in indirectly linked jobs.

But cocoa has been a driver of deforestation in these countries, partly due to weak law enforcement and a lack of clarification about land and tree tenure.

Forests in these areas are already hit by climate change, further jeopardising climate regulation, water catchment and other resources, as well as the habitats of chimpanzees, elephants and pangolins.

“By losing the forest, you see a direct impact on rain patterns, on land that’s suitable for growing cocoa, for growing other agricultural crops,” said Budiansky.

The more encroachment occurs, the harder it is to produce cocoa, locking production into a vicious cycle.

“Cocoa production is actually going to make cocoa production itself more and more difficult because, as the forest gets destroyed, so do the local conditions for growing cocoa,” said Christian.

To track where deforestation and child labour have occurred, supply chains need to be traceable, but few are 100% transparent.

Rural farmers sell to middlemen, who go between farms on motorbikes and then sell the beans to a trader or cooperative. They then sell to cocoa traders, who sell to warehouses, who sell to processors, who turn the beans into powder, liquor or butter for manufacturers, before it eventually arrives in shops.

“One aspect that has to be tackled is to ensure that we have full traceability and that at local level, there is a fully functional farmer registration system,” said Suman-Negut.

Traceability in supply chains is possible, but expensive. A level playing field needs to be introduced for all companies to do this, said Christian. 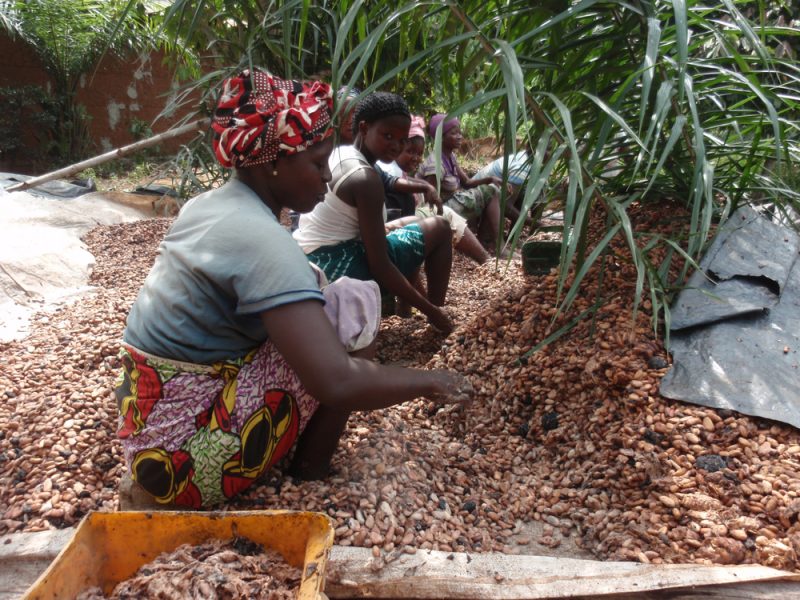 Legislation finally in the works

The EU is beginning to wake up to the issues surrounding cocoa production, although companies like Mars, Nestlé and Hersche, alongside NGOs have been well ahead, setting up voluntary certification schemes and projects like the Cocoa and Forests Initiative to protect biodiversity.

Last week the European Parliament voted to restrict commodities imported into the EU from deforestation or violations of labour rights.

Mandatory due diligence is welcomed by the World Cocoa Foundation, the European Cocoa Association and FERN. The hope is that it will create a level playing field and open dialogue between producing countries and industry.

Alongside this, the EU launched an initiative to improve the sustainability of cocoa in September, bringing together Ghana and Ivory Coast, which make up 70% of global cocoa production, alongside other growers, member states, the EU Parliament and civil society.

A plenary session in autumn 2021 will look at the progress and recommendations.

“When we talk about cocoa, sustainability is key,” said Jutta Urpilainen, the EU commissioner for international partnerships. “Lifting up the three pillars of sustainable development in one go – social, economic and environmental – is possible. We stand ready to act as an honest broker to create the foundation of a new international framework for sustainable cocoa.”

In the past two years, companies have sent around two million trees to farmers in Ghana and Ivory Coast. The fixes are long term and require cooperation and legislation, but are slowly working.

“It’s not a one time, plant trees and be done with it. It is a long term investment where you are, over time, restoring degraded land and protecting the forest,” said Budiansky.

Since the initiative, two separate reports from the UN and Global Forest Watch have shown that, whilst deforestation has increased in other parts of the world, it has been halved in Ghana and Ivory Coast.

Challenges remain around traceability, child labour and improving legislation and enforcement in producing countries, but it is hoped that global dialogue and community engagement will grow sustainability and human rights in cocoa production. 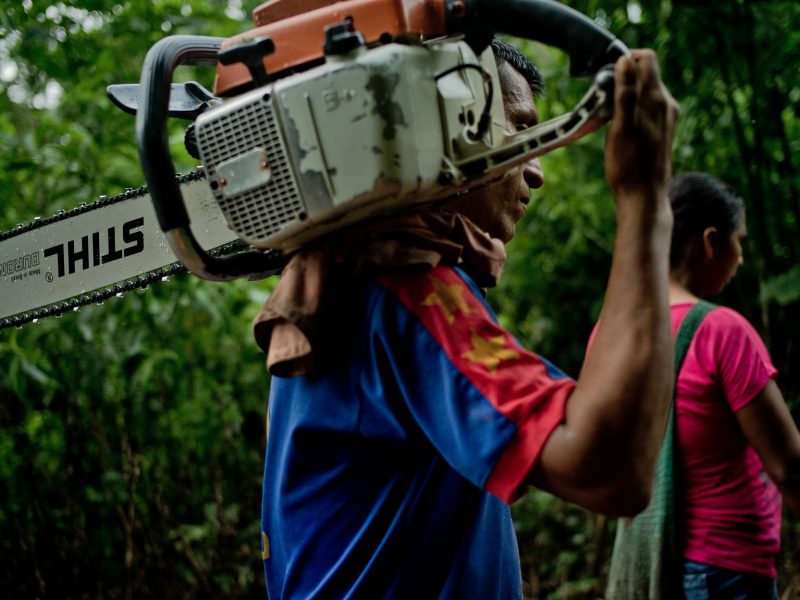