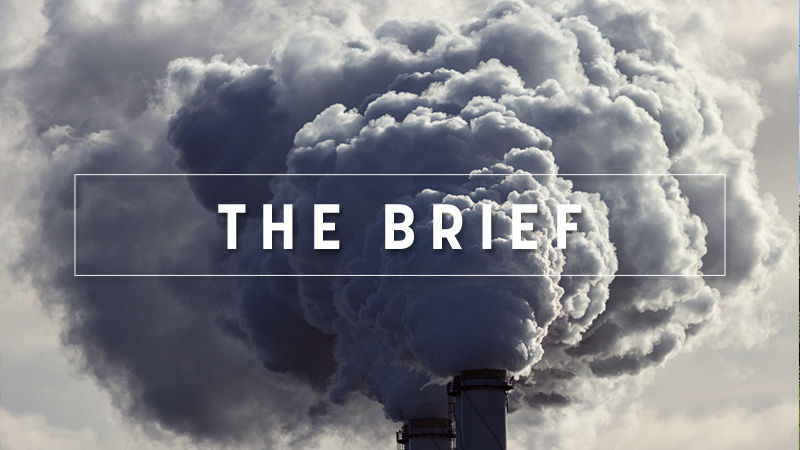 BusinessEurope, the EU’s largest employers’ association, got caught with its pants down earlier this week when EURACTIV published an internal memo exposing its cynical strategy to “oppose” a proposed update of the bloc’s 2030 climate policy.

Let’s serve Europe’s elected representatives the “usual arguments” on climate change, the memo suggested, prescribing familiar expressions such as the need to reach a level “global playing field” before backing any further move at EU level.

Let’s “be rather positive” about action to tackle global warming “as long as it remains a political statement with no implications” on policy, it said.

Let’s also “challenge the process” and use delaying tactics by asking for “more transparency on the calculations” and requiring “an impact assessment” to evaluate the costs and benefits before taking any action, it recommendations went.

Those arguments are well rehearsed and all too familiar to observers of the EU bubble in Brussels.

Similar declarations were used beforehand to resist the introduction of the EU’s Emissions Trading Scheme (ETS), the world’s first carbon market, or to push back against tighter legislation on chemicals, known as REACH.

To the credit of BusinessEurope’s lobbyists, all these campaigns proved remarkably successful: Copenhagen was a memorable failure, the ETS was watered down to the point of irrelevance and REACH diluted to suit the needs of industry.

But will BusinessEurope’s “usual arguments” still work in 2018? There are signs suggesting they won’t.

First, climate change has climbed up the global policy agenda, not down. The Paris Agreement of 2015 marked the start of an unprecedented mobilisation to tackle what many countries now recognise as an existential threat to our modern societies.

More significantly for BusinessEurope, the mobilisation is gaining the corporate and financial arena.

At the G20, the Task Force on Climate-Related Financial Disclosures (TCFD), chaired by Michael Bloomberg, has initiated a seemingly unstoppable movement to green the financial sector.

The EU has started implementing the TCFD’s recommendations, initiating a movement aimed at rewarding investors for pulling their money out of polluting industries.

The Corporate Leaders Group, a business coalition including behemoths like Coca-Cola, EDF, Unilever and the the Lloyds Banking Group, have sought to distance themselves from BusinessEurope’s stance, telling EURACTIV they “find a clear understanding that their long term future relies on facing up to the climate challenge and delivering on the goals of the Paris Agreement.”

BusinessEurope itself is not even unanimous.

Members of its corporate advisory group seen as more positive about climate action include the likes of Google, Facebook, Heineken and Philips. Ad hoc business coalitions such as the Make Power Clean campaign or the Institutional investors group on climate change (IIGCC) have also shaken themselves out of the BusinessEurope climate-sceptic straight jacket.

The tide is turning. It’s no longer a question of if but when BusinessEurope will eventually rally progressive corporations in the fight against global warming.

It’s now time for companies that are simultaneously members of BusinessEurope and other groups to choose where they want to pay their membership fees: the past or the future.

The EU is targeting an October Brexit agreement and is ready for a ‘no deal’ but the British PM is already blaming Brussels for the increased prospects of going off the cliff-edge. Jean-Claude Juncker had an odd way of describing future EU-UK relations.

Watch our Tweets of the Week for more snarks and larks on May in Salzburg, Salvini vs. Asselborn, and Macron merchandise.

The rule of law dispute with Poland simmers on, with no end in sight. Although the Commission decided not to refer the Polish Supreme Court law to the EU’s top court on Wednesday, it does not necessarily mean a detente is on the cards.

The French socialist party wagers on bringing together the left after European elections against the backdrop of its own internal divisions.

Mercury is in more of our water than you would think. Would Europe be prepared for the next big outbreaks of infectious disease? Yes, but…