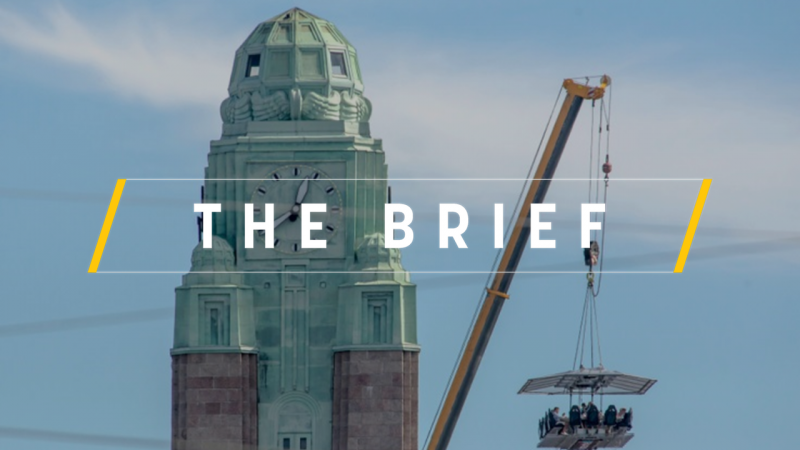 Romania’s six months in charge of the EU have lacked a marquee moment, something that will define their presidency. The Finns take over the rotating presidency in July but face a race against time to deliver on their most ambitious goal.

In their sights is a draft climate plan for 2050, a strategy that has received critical acclaim from the European Parliament, its Commission authors and some national governments.

The plan needs the Council’s unanimous approval to become law but Brexit and intransigence from some capitals has pulled the brake on the discussion.

Enter Finland. There’s a new government in place, three greens in top ministerial positions and strong support from the electorate to deliver on climate action. It ranked top of a list of priorities before April’s general election.

But time is in short supply. There are only two regular Council summits scheduled for the second half of the year, both of which could potentially be dominated with sorting out who should lead the Commission and, again, Brexit.

The presidency will have to help convince unwilling member states of two things: that slashing emissions almost entirely is the way to go and that it must be done by 2050. Some CEE countries are sticking with a “mid-century” loophole for now.

A shortage of time may not be the Finns’ biggest problem though. After all, public opinion is swinging behind greener policies and governments have, perhaps not outwardly, resigned themselves to the fact that this strategy will have to be adopted.

But there’s no cliff-edge this year. There’s no looming deadline that the Council has to hit. The whole rationale for drafting this plan, sticking to the Paris climate deal, sets a time limit of “by 2020”. To the foot-draggers, that might well be 11:59 on 31 December 2020.

And that’s the rub. Member states don’t do anything they don’t have to. At least not en masse. They’d be stupid to rush it, from a self-interest point of view, the longer they drag it out the more likely perks and incentives will materialise.

Finland’s best bet is to show everyone how the strategy would work, explain how much money Europe stands to save by going the whole hog and keep people talking about it.

As the Nordic nation approaches its 25th anniversary of EU membership, it would be quite a coup to nail a deal and even help Finland stake a claim to the UK’s soon-to-be-vacated seat at the top table of decision makers.

On such achievements are empires and legends built.

World leaders gather on the coast of southern England to mark the 75th anniversary of D-Day, the largest seaborne invasion in history and a feat that helped bring World War Two to an end.

While NATO accession is just within reach for North Macedonia, its bid to join the EU still hangs in the balance and will be discussed by member states later this month. A thumbs-down from the EU could easily topple the country’s reformist government.

The somewhat unexpected outcome of the recent EU elections has opened a Pandora’s Box in Croatia’s ruling conservative HDZ party, whose right-wing faction is now loudly highlighting the need for a leadership change.

Denmark’s Social Democratic Party is set to triumph in Wednesday’s general election, as polls suggest a surge in support following a transformation of the party’s stance on immigration.

German FM Heiko Maas launched a call for action that aims to develop real solutions that would mitigate the security risks of climate change, including involving the UN’s Security Council more.

Daniel Costello, Canadian Ambassador to the EU, joins EURACTIV’s Brian Maguire to talk over a coffee about the relationship between the the EU and Canada, where it is today and what it could look like in the future.

After the IMF and the OECD, the World Bank has also cut its 2019 growth forecasts. Uncertainties over trade and investment are at the root of this slowdown, which is also affecting the eurozone.

Results from Denmark should start coming in after 10pm CET.