The Brief – Green is the new black 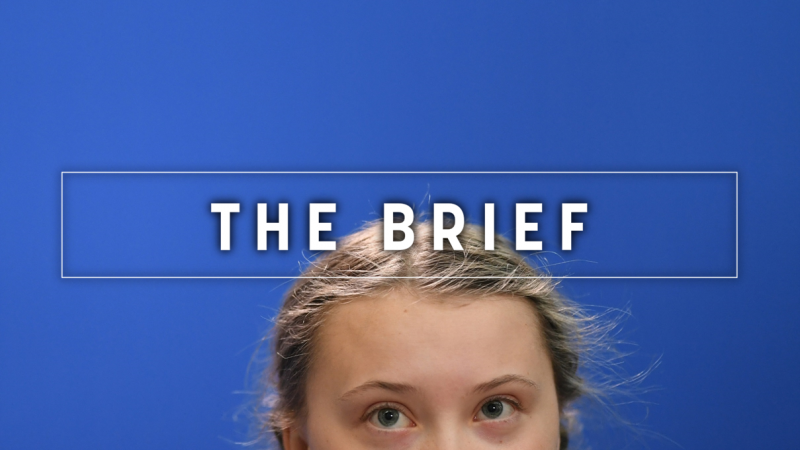 Politicians on both sides of the Atlantic are increasingly talking about a ‘Green New Deal’ as climate change concerns start to actually take hold. But can Europe’s leaders square the worries of the gilets jaunes with the gilets jeunes?

Franklin D. Roosevelt’s New Deal for the United States was arguably one of the most profound changes to a modern economy ever undertaken. In the 1930s, sweeping reforms and regulations were implemented to jolt the country out of its Great Depression.

Historians are divided about how effective the Deal was but many agree that it created a better balance between agriculture and industry, helped preserve the States’ natural resources and allowed it to ride out the hardship without abandoning its beloved economic model: capitalism.

So no wonder that both the US and Europe are talking about a ‘Green New Deal’ as a potential solution to climate change angst and persistent economic inequality. Conserving resources, balancing emissions and ensuring no-one gets left behind in the energy transition are the name of the game.

One of the dark horses in the race to become president of the European Commission later this year, Brexit wrangler Michel Barnier, acknowledged as much in a recent op-ed, where he wrote that “the best time to launch a Green EU Deal was years ago. The next-best time is now.”

Unlike his EPP colleague Manfred Weber, the conservative group’s official candidate for the top job, Barnier is crystal clear in what he thinks should be done: carbon neutrality by 2050, “the first electric-vehicle continent by 2030” and an overarching ‘Sustainability Pact’.

The Frenchman also says that “although EU member states might resist it”, there should be a debate on taxes and fossil fuel subsidies, referring in part to a Commission suggestion that says changes to environmental tax policy should no longer require unanimous voting.

Here, Barnier and other leaders doubling down on green policies need to walk a tricky tightrope, as rising fuel prices and calls for lower taxes were major contributing factors to the rise of the gilets jaunes protest movement in France.

But while Emmanuel Macron is, for all his Jupiterian manoeuvring, a relative political newcomer, Barnier is a seasoned campaigner, deftly evidenced by how he explains where the money for this transformation will actually come from.

Europe will need nearly €200 billion a year to make the Paris Agreement a reality, which is “an achievable target” if the European Investment Bank is fully involved. Looming EU budget negotiations should also be leveraged to increase “Europe’s green firepower”, according to the Frenchman.

A happy albeit narrow middle-ground does exist, where the pleas of young activists like Greta Thunberg are heeded, while precious jobs and growth are protected and even boosted by a switch to a green economy.

That’s the first stepping stone we’ll have to reach. By the time Greta and her cohorts are all grown up, maybe they can be the ones to decide whether perpetual growth and GDP are the most sensible ways to measure human welfare.

For now, changing the system with a New Deal, rather than completely overthrowing it, will have to do.

As Brussels goes quiet before the elections, it might be the right time to recap the top ten events that marked the current European Parliament.

A report has found that some member states are under-represented in the European Parliament bodies, many of them being the countries with the lowest turnout at the last European elections.

In any case, anti-European forces are likely to become the second largest group in the new European Parliament, regardless of whether the UK participates in the European elections, new projections suggest a month ahead of the polls in May.

The lead candidate for Europe’s conservative bloc in next month’s EU elections has said he would try to stop the Nord Stream 2 gas pipeline if he becomes European Commission president.

Spain is gearing up for its third general elections in just over three years within a political atmosphere of instability and uncertainty such as has not been seen in 40 years.

EU leaders will meet with Japanese prime minister, Shinzo Abe, in Brussels to progress on the bilateral relations, although Tokyo has been reluctant to follow the European ambition on trade and climate action.

The climate activists at Fridays for Future Germany say they have no leadership. But the same faces keep appearing in German newspapers and the media is already reporting on first internal tensions.

Hold your breath, because microplastics are apparently not only found in the world’s oceans but can also reach isolated areas through the air.

The EU-Japan summit: discussing trade, cooperation and the upcoming G20.