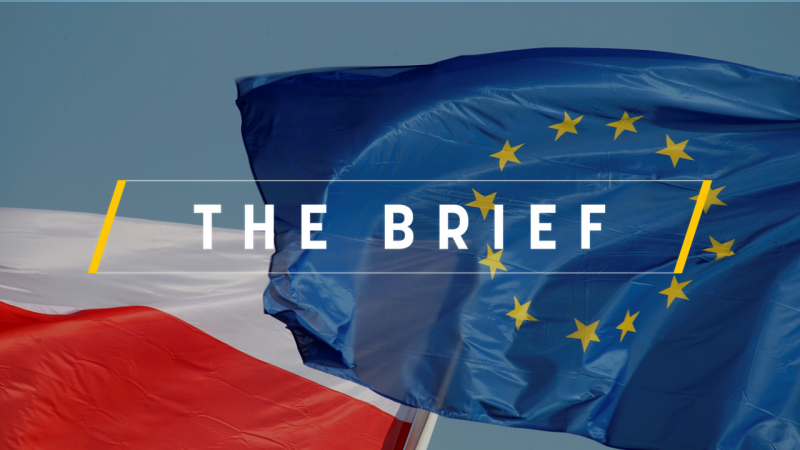 “We don’t know what they’re playing at”. “It’s impossible to have a debate on this”. “We were ready to tear our hair out”. Those are just some of the diplomatic reactions to Poland’s blocking of a climate deal at last week’s Council summit.

Poland refused to support the idea of going climate neutral by 2050 on Thursday (20 June), baulking at the idea of carving an explicit deadline in the stone of Council conclusions.

It left many EU diplomats frustrated and at a loss, given that many of them thought that the convincing arguments had already been spelled out clearly. It was enough to convince 24 other countries, after all.

The climate plan’s main advocates have freely admitted that greening the economy will cost a lot but much has also been made of where the sources of funding are, how big the economic benefits of slashing emissions will be and the huge potential for job creation.

A look at some of the Polish media coverage of the summit though and you’ll see that Prime Minister Mateusz Morawiecki’s unwillingness to cooperate with the vast majority was lauded as a great success.

One broadcaster even said Poland had been spared a Germany-led scheme to get even richer selling clean energy tech to eastern countries.

At first, that sounds like tin-foil hat, ‘Soros-is-behind-this’ conspiracy theorising. But there’s an element of truth to it: the 2050 plan is basically an investment strategy, whose goal is to save us from the very worst consequences of climate change.

We’re likely to get a taste of them this week during the heatwave and forest fires are already wreaking havoc at near-record pace.

So of course Germany will want to sell solar panels and wind turbines to those who need them. No other major economy in the world has come out with a roadmap this ambitious, so the rewards for moving first are massive.

The question is, why doesn’t Poland want to do the same?

Polish energy companies are already pooling their resources to build a home-grown electric car and firms are pumping investment into battery production there. Clearly, that is only the tip of the iceberg.

But Poland has general elections later this year, so the answer to the question is, as always: politics. Signing up to something that will mean large up-front costs and inherent job losses is too problematic for Morawiecki.

A more ambitious politician would’ve convinced voters that this strategy promises even more jobs in other sectors, energy independence, reduced health costs and, the clincher, cleaner air that doesn’t kill as many people.

Between 2001 and 2010, climate damages cost Poland €12bn, while dirty air claimed the lives of more than 40,000 people per year. The health of countless more suffered and will continue to suffer.

Morawiecki said he blocked the agreement so as to protect Polish businesses and citizens. As he risks flushing a €25bn clean air programme down the pan and robbing Europe of its clean energy head-start, it’s clear that statement is total nonsense.

Poland’s judiciary reform that lowered the retirement age for Supreme Court judges has breached EU law, the EU’s top court said in a binding ruling, which effectively means Poland will have to scrap the reform or face penalties from Brussels.

I “will never support” new budgetary instruments to stabilise the euro area against sudden economic shocks, Dutch Prime Minister, Mark Rutte, said in an exclusive interview with EURACTIV after the European Council.

Despite months of diplomatic efforts, Europe failed to get French candidate Catherine  Geslain-Lanéelle elected as the new chairperson of the United Nations’ Food and Agriculture Organisation.

Unless the EU accession process of the Western Balkans picks up the pace, the six countries of the region may examine alternatives for their countries’ external orientation, including boosting relations with China, Russia, Turkey and the Gulf States.

Huge crowds flooded central Prague demanding Prime Minister Babiš to step down over allegations of graft in a protest that organisers and local media claim drew around 250,000 people, making it the largest since the fall of communism in 1989.

Reports of a heated late-night row between Boris Johnson and his girlfriend sparked a debate about his suitability to become Britain’s next prime minister.

Facebook has plans to establish an independent oversight board “analogous to a court,” that will have the power to make decisions on what content should be removed from the platform.

General Affairs Council; Transport, Telecommunications and Energy Council. Plus more manoeuvring and meetings by political groups and EU leaders ahead of the summit on Sunday.