The Brief, powered by APPLiA – How coronavirus helps the Green Deal 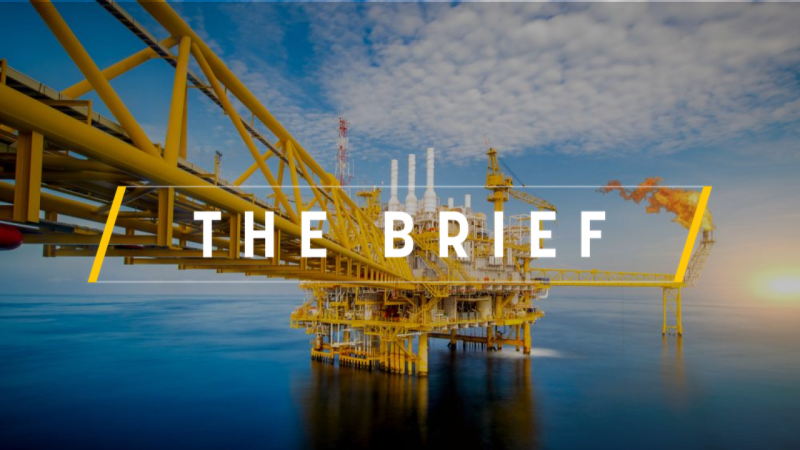 Rock-bottom oil prices normally mean bad news for the environment – you can burn more of a cheap fuel – but the world has changed and the latest slump might catapult the EU Green Deal to new heights.

Oil lost nearly a third of its value over the last week, as tensions between Russia and Saudi Arabia escalated. Coronavirus has slashed demand and interrupted supply chains, pushing the two giant producers to try and hoover up what is left of the market.

But clean energy has sky-rocketed: it is comparable in price and even cheaper than some fossil fuels – plus investments in solar, wind and more have come in thick and fast.

An optimist would say the timing is ideal for the EU’s new environmental agenda.

To simplify the climate debate, governments are concerned about two things: the overall cost of scrapping emissions and how the general public will react. France found out the hard way about the latter when bumped-up fuel prices triggered the gilets jaunes movement.

Now could be the moment to strike for those EU countries – like Germany and the Netherlands – that big up their green credentials: cheap oil means that the impact of scrapping subsidies or increasing taxes is less pronounced.

Renewables are also now mature enough to offer a profitable alternative. They are making good on investments and the EU’s regulatory framework of emissions targets and energy efficiency goals mean the cash will have to be spent eventually, so why not now?

Big energy firms that have pumped money into windfarms and other projects are very unlikely to pull the plug as a result. Shutting down oil capacity is the economical option for once.

The EU’s Green Deal, which debuted only three months ago, needs a boost like this. The Climate Law and Just Transition Fund have both been criticised for coming up short on ambition and financial clout – there is also a real lack of actual policies to hit the big targets.

Last week, Poland suggested scrapping the aviation sector’s free pollution permits, which are issued under the bloc’s carbon market. It was enthusiastically received by many and the Commission might capitalise on that support sooner than planned.

The EU executive already intends to review outdated rules on energy taxation but if momentum builds, the update might come earlier than expected. Brussels might have little power to set tax policy but it can still exploit events that affect it.

After all, oil prices have tumbled but emissions trading permits were stable at about €25 per tonne. At Brent crude’s lowest point this week, barrels were trading at around €28, so make of that what you will.

Through a largely unpredictable series of events, a huge window of opportunity is opening up for the EU to lock down its green credentials and reduce the risk of public backlash.

Unfortunately, as we found out yet again last week with the 2030 climate target delay, the EU is best known for moving at a sometimes glacial pace. Faster action will be needed and maybe, just maybe, this new Commission can shift up a gear.

Airlines will no longer have to keep empty ‘ghost planes’ in the sky or risk losing lucrative take-off and landing slots, after the Commission said it will relax the rules. Little detail yet on how relaxed they will be though.

A new industrial strategy was light on content but confirmed one tangible initiative: a new hydrogen alliance will debut in the summer and aims to increase the uptake of the clean fuel.

St Patrick’s day festivities have been cancelled all over the Republic of Ireland, amid rising concerns over the spread of the outbreak, Irish PM Leo Varadkar announced.

Eastern Europeans want more EU funds for military mobility, two weeks before the bloc starts a new round of divisive talks over the next seven-year budget.

Although Americans and Germans think transatlantic relations are in slightly better shape than last year, stark differences remain when it comes to defence spending and big power competition, a fresh poll shows.

European parliamentarians on Tuesday hailed the political agreement between Georgia’s ruling and opposition parties which promises to resolve the electoral reform conflict that has resulted in a series of protests across the country.

The latest edition of the Transport Brief is out: hydrogen trains, coronavirus-impact hits aviation and the first outing of the new Transport Vlog! Check it out here.