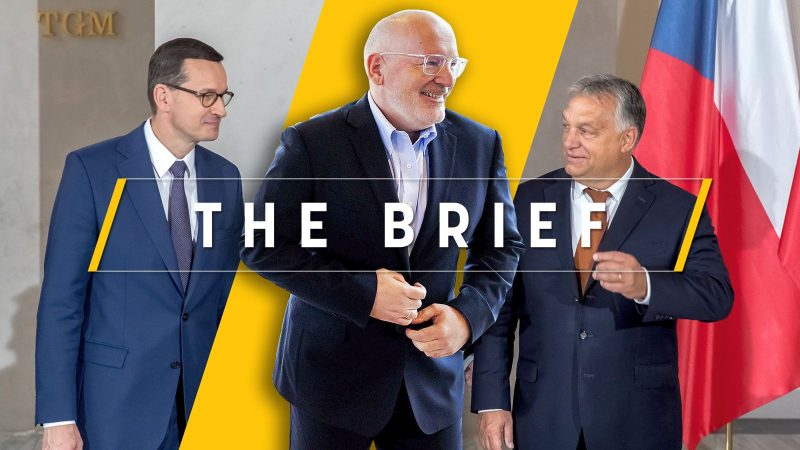 The Green Deal unveiled by the European Commission on Wednesday (11 December) was more than a long shopping list of environmentally-friendly initiatives. It also contained a number of sweeteners – in cash and in kind – that East Europeans should consider carefully before rejecting.

To start with, the cash offer. The European Commission wants €100 billion for its Just Transition Mechanism, targeted specifically at the EU’s poorest regions that are most dependent on coal and carbon-intensive industries, many of which are located in the East.

Granted, the Commission has no say on the overall amount of the EU budget, which is decided by EU member states. But despite this, the Green Deal includes a number of innovations in the way EU money is spent.

First, the European Investment Bank has agreed to finance up to 75% of project costs, compared to the usual 30-50%. And there is no specific limit on the amount of money the EIB could provide under the green transition terms, observers remark.

But there’s more. The Commission has also proposed tweaking EU state aid rules to support the transition. What that means is more benevolent scrutiny from the EU executive’s usually strict competition directorate when it comes to green investments.

Such perks wouldn’t be handed out without prior scrutiny of course. Favourable state aid treatment would be granted only as part of “regional transition plans” vetted by the Commission, EU officials explained.

That’s all fine, Poland and Hungary would retort, but what happens if the funds are blocked because of strict “conditionality” rules attached to how EU funds are spent? And what about the EU’s hardline stance over the rule of law, which threatens to block EU money from flowing eastward?

Well, there could be a way around that. “We would be looking at flexibility for activities that would not otherwise be funded under the normal cohesion rules,” an EU official said, suggesting different “conditionality” rules would apply.

“Conditionality will certainly be a very important consideration in the whole Commission proposal” for the Energy Transition Fund to be tabled in January, said Marc Lemaître, director-general at the Commission’s regional policy department.

“If one sets up a just transition fund, one should also be sure that the transition progresses, otherwise it’s a bit problematic,” he told a EURACTIV event last week.

Even though EU officials did not say it explicitly, such statements suggest the so-called Article 7 procedure could be circumvented, somehow, when it comes to the Just Transition Fund.

Frans Timmermans, the European Commission executive VP, who is in charge of the Green Deal, led the Article 7 procedure against Poland and Hungary in the previous mandate, earning distrust from Warsaw and Budapest and deepening the divide between East and Western EU countries.

With the Green Deal, both sides stand a chance of mending that divide. It’s a green olive branch Warsaw and Budapest would be foolish to refuse.

A message from BP:  Today, transport accounts for around a quarter of Europe’s greenhouse gas emissions. From rolling out EV charging points to producing fuels that help cars run more efficiently, find out how BP is helping to lower emissions in transport.

It’s the European summit day and talks among EU leaders are already underway. Follow our in-depth coverage of the summit in our liveblog.

Main courses on the menu are the Green Deal (read here what Socialist leaders think of it) and the EU’s long-term budget, the MFF.

Leaders meet without Britain, but the absence of their departing neighbour will not make agreeing a budget any easier. However, the European Parliament puts its faith in new Council President Charles Michel to give new impetus to the slow-moving budget talks.

EU leaders are also set to adopt strong wording on Turkey during the Summit. A high-ranking Greek diplomat has said Turkey has blackmailed Libya into signing a memorandum of understanding (MoU) demarcating maritime zones in the region by sending weapons to the country.

Led by France and Britain, EU states on Tuesday blocked a set of new rules governing which financial products can be called “green” and “sustainable”, fearing it would prevent investments in nuclear and gas projects.

On the health front, Health Commissioner Stella Kyriakides announced the Commission will kick off the discussion on the ‘Europe’s beating cancer plan’ on 4 February, while the communication and action plan itself is expected towards the end of 2020.

To catch up on the latest digital news, check out this week’s edition of our Digital Brief.

The last European Council of the year expected to continue long into the night, when we also expect results of the fateful UK election.

Stay tuned and look out for our LIVEBLOG to take you through the night and Friday!