The Brief, powered by BP – Take the money and run 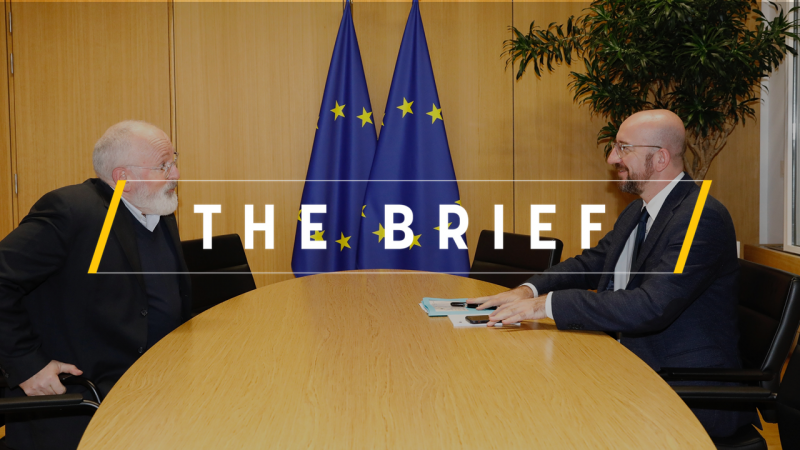 Two big events this week will shape the EU’s climate ambitions and any slip-ups could do irreparable damage to its green credentials. Here are how the pieces line up ahead of what will be a defining 48 hours or so.

Over the course of the next two days, the European Commission will unveil its long-awaited and much-hyped Green Deal, while member states will try to land an agreement on going carbon-neutral by 2050.

We actually already know what will happen. Ursula von der Leyen has already spelled out what she expects from her Commissioners on climate and the environment, while draft versions of the Deal confirmed the direction in which she is steering the ship.

It’s the same story with the Council talks. Chances are good that the Czechs, Hungarians and Poles will sign up late in the night to the agreement, after a few more financial incentives are put on the table.

Even if consensus doesn’t happen to materialise, the Commission has already agreed that it will include the 2050 target in a climate law it will publish early next year.

But the one thing that both decisions need to clarify is the time-frame.

The Commission is musing delaying a proposal on updating the existing 2030 emissions reduction target from 40% to 50-55% until October.

That would leave no time to finalise the new benchmark before the next edition of the UN’s climate summit in November 2020.

Again, the same goes for the 2050 plan. If the Commission resorts to plan B, the target will have to go through the regular legislative process, eating away at 2020.

That wasting of time would completely undermine EU attempts at climate diplomacy next year, just when Europe’s leaders have to convince the top global emitters, China, India, Russia and the United States, to do more.

An end-of-2020 deadline imposed by the Paris Agreement means that the signatories to the climate pact must submit long-term plans to decarbonise their economies. If the EU is still getting its own house in order at that point, then a huge opportunity goes begging.

Two officials emerge as crucial players: Frans Timmermans and Charles Michel (pictured). If the Dutchman has done his homework, the Green Deal will buy the EU the time it needs to exert its soft climate diplomacy next year.

And Donald Tusk’s successor, former Belgium PM Michel, can prove his mettle at his first summit by making it perfectly clear to the holdouts that it is time to take the money and run.

If the whole package of financial bungs, extra cash incentives and guaranteed independence to decide what to fuel their energy systems with is spelled out nice and clearly, the EU could be on to a winner.

***A message from BP: The world needs dramatically fewer emissions if we are to meet the Paris goals. Lowering carbon emissions from the transport sector is a crucial part of that. Read about the scale of the challenge and the multiple solutions needed.***

The other ongoing climate story this week is, of course, COP25 in Madrid. For all the latest developments, catch up with Claire Stam’s dispatch from the Spanish capital, as well as her interview with Green MEP Bas Eickhout.

Luxembourg’s new climate plan will impose a carbon tax as of 2021 and ramp up renewable energy deployment. Solar power went from strength-to-strength this year; the market grew by 109%.

Turkey is the only G20 country yet to have ratified the Paris Agreement. After losing patience with the government, 24 Turkish cities decided to go it alone and sign up to the climate pact.

Ursula von der Leyen said the EU firmly supports Greece in its escalating row with Ankara, while Turkey also provoked the ire of its NATO colleagues, blocking conclusions on a defence plan for Poland and the Baltic states.

EU foreign ministers made progress on a version of the Magnitsky Act but Council talks on Hungary’s Article 7 procedure provoked controversy after Viktor Orbán’s spokesman tweeted from inside the closed meeting and called the summit “Soros’ Orchestra“.

UK politicians have stepped up their campaigning ahead of the general election. Jeremy Corbyn delivered a surprisingly funny version of ‘Mean Tweets‘, while Boris Johnson crashed through a wall in a digger.

This week’s Transport Brief, the last of the year, is dedicated to space stories. Check out how satellites are going to help catch rogue emitters and how the Finnish coastguard uses eyes in the sky to mop up oil spills.

The European Commission unveils its Green Deal. MEPs pick it to pieces shortly after.

4 responses to “The Brief, powered by BP – Take the money and run”