The Brief, powered by ESA – We’ll always have Paris 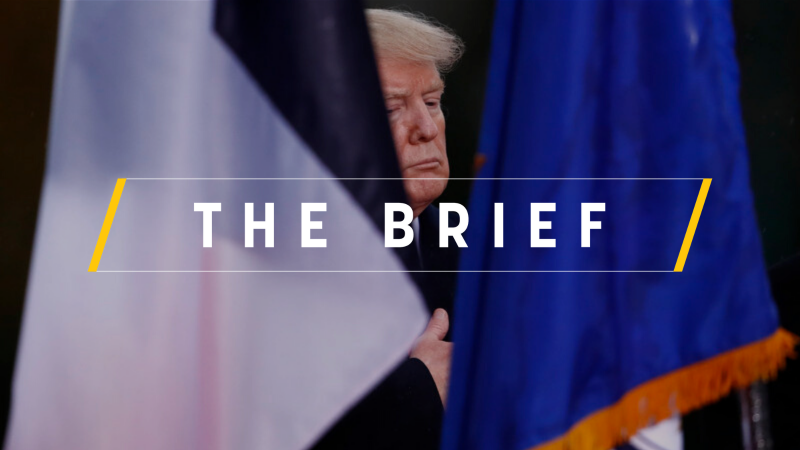 Donald Trump followed through on his threat to start pulling the United States out of the Paris climate accord on Monday. But instead of lamenting the decision, we should celebrate it.

In 2017, the US president said he would scrap America’s involvement in the landmark agreement, claiming that it was “unfair” and that the US is already doing its fair share to cut climate-harming emissions.

On Monday, Trump made good on his pledge and notified the UN that America is heading for the exit.

On first reading, the loss of the world’s second-largest emitter after China is a blow to climate action efforts and fuel for the doom-mongers. In fact, it is a good thing.

After Monday’s entirely expected announcement, the US will break with the Paris Agreement the day after 2020’s presidential election.

This could, and should, be interpreted as a desperate act by a politician who is doubtful about reelection or even staying in office until the end of his term, rather than the death-knell of the accord.

It polarises US voters even further and essentially turns next year’s vote, partly at least, into a referendum on Paris Agreement membership, as any Democrat candidate would immediately reverse Trump’s decision, if elected.

This is not Brexit, remember. There is no finality to exiting, the UN would not stand in the way of a Trump-less US rejoining.

The UK’s election next month is also shaping up along climate lines. Of course, Brexit remains the defining campaign tentpole but the Tories and Labour have also pledged a ban on fracking, carbon-neutral homes and even a ban on private jets in order to try and lure voters.

At US state-level, Trump’s decision will change little. California, New York and others will continue to implement their own policies and try to stick to the Paris accord’s temperature targets.

It is also unlikely to create a domino effect. The president’s intentions were known two years ago and the Agreement still counts all the other major emitters among its signatories, even war-torn Syria and autocratic North Korea.

If anything, Trump’s attempt to draw focus from the ongoing impeachment proceedings should act as a catalyst for more ambition from the rest of the Paris crew. The next COP summit kicks off in Madrid in December, so there will be no lack of opportunity.

The Agreement commits parties to keep global warming “well below” 2 degrees Celsius and to aim for 1.5. Without the US to act as a block or embolden other sceptics, the 1.5 target could be reinforced, after UN reports warned of the potential horrors a 2-degree rise would wreak on the world.

Time is running out for the EU to make any serious announcements at COP though. A new Commission only stands a slim chance of taking office in time, member states are yet to agree on a long-term climate strategy and any other good news was already shared at a summit in September.

But at least the situation is now clearer. International climate efforts will either carry on without the US in the long run or a change of administration will see Washington back in the fold. UN negotiations are complex beasts, so clarity could prove invaluable.

Poland’s change to the retirement age of its judges breaks EU law, the bloc’s top court ruled, intensifying a standoff over basic democratic standards between Brussels and Warsaw.

In Skopje, the European Parliament’s president again urged North Macedonia not to lose hope after the recent failure of the European Council to reach a decision on opening EU accession talks.

More than 2,500 scientists across the EU have joined forces and reached out to MEPs in a letter urging them to act on far-reaching reform of the EU’s Common Agricultural Policy.

Chinese telecoms giant Huawei has released 2018 figures showing it stimulated Europe’s economy by €12.8 billion, backing the company’s claim that it has become an essential element of Europe’s digital ecosystem.

Romania’s new government will reportedly nominate EPP MEP Siegfried Mureșan as Commissioner candidate, opening the door for Ursula von der Leyen to form an executive by Christmas, if the Parliament obliges that is… Details here.

In this week’s Transport Brief, there are all the details about a major electric vehicle boost in Germany, aviation news and details of the next steps ahead for the sector.

The launch of the IMF’s European Regional Economic Outlook in Brussels.

One response to “The Brief, powered by ESA – We’ll always have Paris”