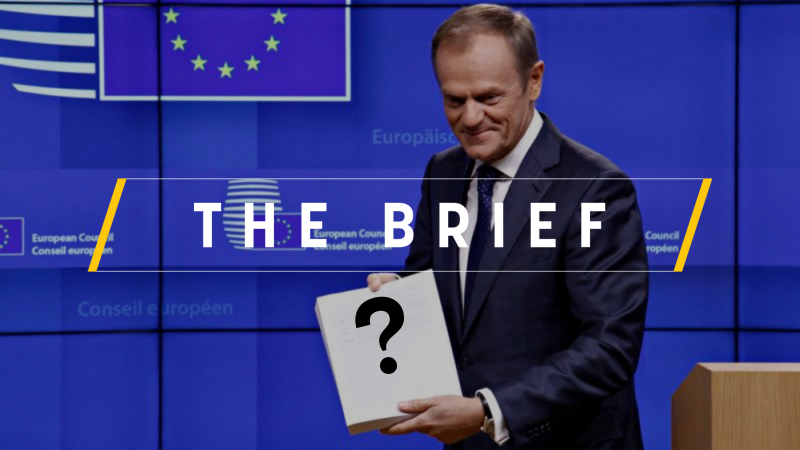 EU leaders have to sign up to an ambitious climate plan for 2050 by the end of the year and this month was all about drawing the battlelines for what will be a fierce end to the negotiations.

The Czechs, Hungarians and Poles want more money before committing to the deal and the latest €5-billion-strong Brussels buzzword, the Just Transition Fund, is in prime place to deliver that cash injection.

So why did explicit mention of the Fund, which was included in the Council’s draft conclusions, disappear from the final document?

An earlier version said the Council would “look forward to the Commission’s proposal on the Fund” but that was switched out before EU leaders even saw the text for more vague language on a “socially fair and just transition”.

That is essentially the same jargon we’ve been hearing for the last 12 months.

EU diplomats have revealed that it is all part of an ongoing negotiating strategy to prevent the climate talks from focusing too much on Poland’s needs, which are predominantly energy-related.

Warsaw’s reliance on coal power has become inextricably linked with the Fund, so public backing at this delicate stage would have risked leaving the Council with a weakened hand and emboldened Poland to hold out even longer for even more cash.

December’s EU summit is touted as the crunch moment for the agreement.

Portugal and Spain were among the countries to insist on the Fund’s removal from the text, partly because they have transition concerns of their own that are not energy-based, ranging from mining and agriculture to plastics production.

Everyone wants a piece of the Fund, so keeping its scope as broad as possible is the name of the game at this stage.

Diplomats have so far applied a Brexit-style approach to the talks, allowing the Poles to sort out their domestic political issues and insisting that Warsaw say loud and clear what is actually needed to support the 2050 deal.

Poland seemed to get the hint before the summit, releasing a non-paper on the costs of the plan. It concluded that the current EU investment framework is not enough to generate the estimated €290 billion annually to stick to the Paris Agreement.

That’s one fight that we can look forward to. Another simmering away nicely is about what the EU will have to do in the lead up to 2050.

EU ministers were widely criticised earlier this month for failing to ratchet up the bloc’s inadequate 2030 climate target. October’s conclusions casually mention “enhanced ambition” in policy-making, which has been hailed as a much-needed breakthrough.

A tussle over what is and what isn’t “enhanced ambition” will engulf the institutions sooner rather than later, which will be further proof that linguistic agility is a valuable commodity in the world of climate diplomacy.

Jean-Claude Juncker bade a tearful goodbye to the European Parliament in what was otherwise a dull stock-take of his five years in charge. The top line achievement hammered home was his eponymous plan’s impact on job creation.

MEPs finally got their chance to weigh in on the North Macedonia-Albania accession fiasco, decrying it as a “grave error”.

Elsewhere, Croatia got the Commission’s informal blessing to join Schengen, Bulgaria and Romania remained in the justice-monitoring dog-house and the EU executive met a self-imposed target to get more women into top managerial positions.

There’s also life after Article 50, a new task force has sprung to life to hammer out the EU’s future relationship with the UK. The Brexit vote took another twist earlier when Boris Johnson’s government confirmed it would abandon its own bill if things go awry.

Be sure to keep up to date with our ongoing Brexit special report.

Chickens are an unlikely beneficiary of the controversial Mercosur trade deal and the EU’s watchdog has emerged as an ally to the precision farming crowd.

The Nepalese government has introduced a ban on single-use plastic on Mount Everest from January 2020 in an attempt to cut down on the trash left by mountaineers in what has turned into the world’s highest landfill.

Check out our comprehensive look at EU mobility policy, which delves into fuels, trade, digital and more. This week’s Transport Brief talks plastic roads, a Romanian scandal and the shipping news.