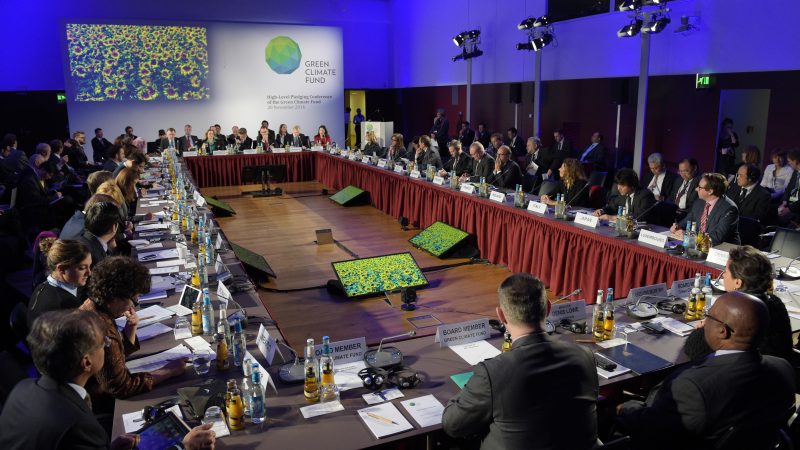 Members of the Green Climate Fund (GCF) during an earlier meeting in Berlin. [EPA/RAINER JENSEN]

At a Green Climate Fund meeting on 6-8 July, the 24 board members waved goodbye to unanimity rule which critics said had hampered decision-making. However, they failed to streamline the accreditation for new programmes, leaving in place one of the major obstacles for the replenishment of the world’s biggest climate fund.

In the South Korean city of Songdo on Tuesday, the Green Climate Fund’s (GCF) board members stepped out of their negotiation room after a weekend-long debate on how to increase the fund’s efficiency in attracting much-needed investments into climate finance.

This round saw about $270 million being allocated to an additional 10 projects with the aim of boosting the transition to low-carbon economies worldwide. This means the GCF’s portfolio has now reached $5.23 billion, financing a total of 111 projects.

The next six months will be about replenishing the fund, as its $7 billion budget, pledged by the developed countries three years ago, is drying up.

EU leaders reaffirmed their commitment to replenishing the funds in the June Council’s conclusions, stating they want to scale up “the mobilisation of international climate finance from a wide variety of private and public sources and to working towards a timely, well-managed and successful replenishment process for the Green Climate Fund.”

Germany and Norway have already made promised to increase their contribution this year.

However, there is a big hole to be filled by donors if the fund wants to increase its portfolio, as both Australia and the US have announced plans not to pay their share to the fund. 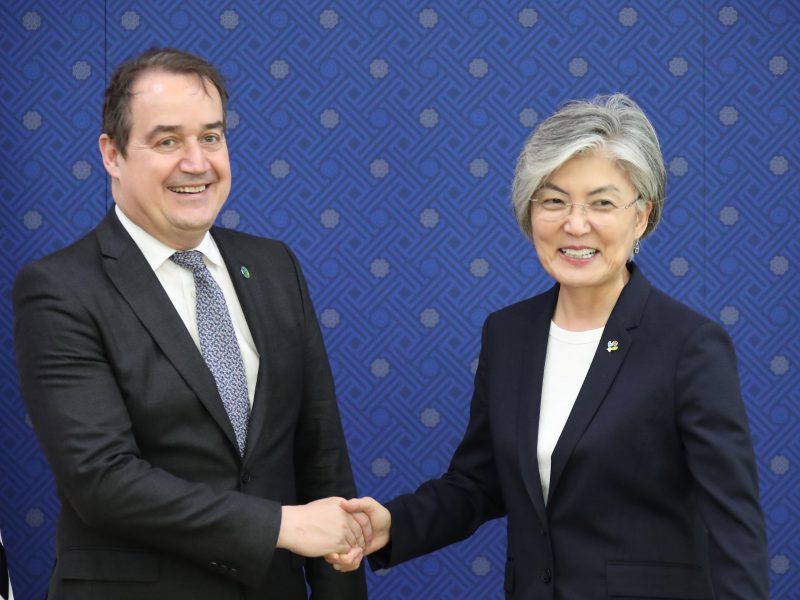 The board of the UN Green Climate Fund is meeting from 6 to 8 July in Songdo, South Korea. The board is set on heralding a “paradigm shift” in climate financing and intends to accelerate the decision-making process to boost the fund’s replenishment. EURACTIV Germany reports.

“It can’t take 2 years to approve a project”

To still be able to reach its ambitious targets of increasing the fund’s financial weight, board members want to get the private sector on board. But to do so, some major bureaucratic hurdles need to be dismantled: That was one of the main points of negotiation of the meeting in Songdo.

“For the private sector, the decision-making processes of the GCF take way too long to be attractive,” Alexandra Tracy of the Climate Markets and Investment Association (CMIA) told EURACTIV on the sidelines of the GCF meeting.

For example, one of the approved ten projects – a pumped hydro storage plant that prides itself on innovating Chile’s energy sector – is the first to come out of a request for proposal (RFP) framework launched in August 2017.

While the approval of the $60 million worth project was a very positive sign towards the inclusion of the private sector, the process of accepting it has been too long, said Tracy. “The fund has not done a very good job in working with the private sector,” she added.

One of the reasons is that until now, all decisions within the GCF had to be taken unanimously by its board members. That will now change. At their meeting, members agreed to toss the principle of consensus overboard.

“This fundamentally shapes the way the fund works. Critical decisions will now be able to be adopted much more quickly,” a fund official said.

Another measure to speed up the decision-making was less successful. Initially, a reform to streamline the accreditation processes was on the board meeting’s agenda but was not approved.

But despite this setback, the overall signal of the meeting remained positive, summarized Pradeep Kurukulasuriya, executive director at UNDP’s Global Environmental Finance.

“There is much to celebrate in this announcement by the GCF board. This funding will support the respective countries to realise their priorities, set out under their Sustainable Development Goals and Nationally Determined Contributions,” he said.

Tracy said there had been a lot of good energy under the new executive director Yannick Glemarec and his aim to encourage more private sector proposals from now on.

This will also include broadening the topics the board is funding. Currently, its focus is on energy projects, while investments in the area of transport, as well as clean city development, are not targeted by many projects approved under the GCF.

The next milestone for global climate finance will be the UN summit in New York in September, followed by further consolidations with donor countries in mid-October and the next board meeting in November. By then it will be clear if the GCF is successful in efforts replenish its funds. 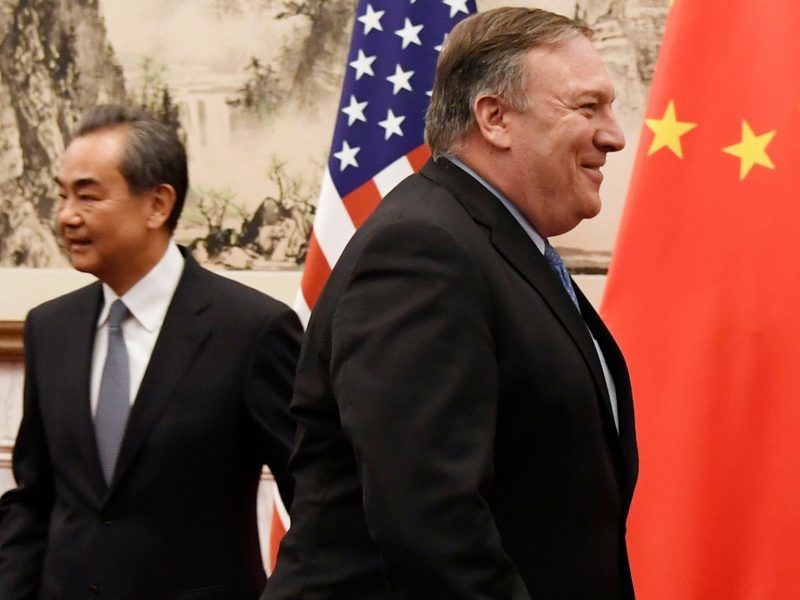 A global fund originally set up in 2010 under the aegis of the UNFCCC to assist developing countries fight global warming got back on track with a $1 billion splurge, but the US vetoed a project that would have loaned $100 million to China. EURACTIV's media partner Climate Home News reports.