Thousands march for climate in Rotterdam 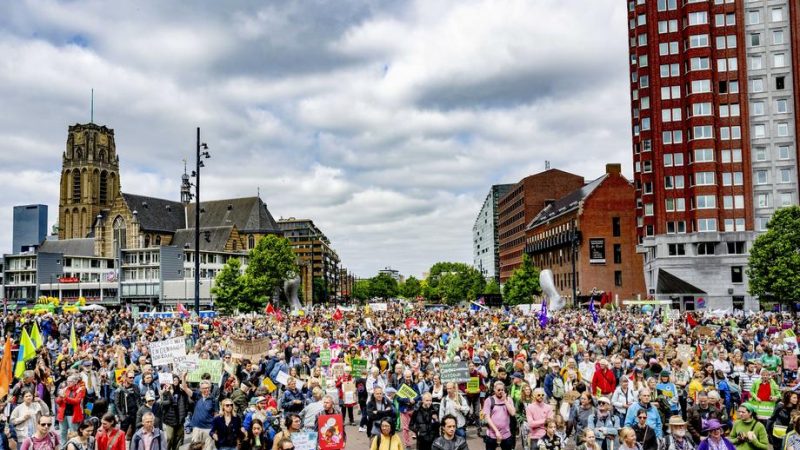 Many of the protesters had signs criticising the farmers’ protests against the Dutch government’s latest nitrogen plans, which is to cut nitrogen levels by up to 70%. Protesters held signs like “Farmers, there is nothing cool about nitrogen,” and “Fewer mega stables, more biodiversity.”

Many protesters displayed their displeasure with flight transport, with signs that read “Boycott Schiphol,” and “Less flights, more trains.” The Dutch airport, Schiphol, has been understaffed and struggling to deal with incoming crowds as COVID-19 restrictions were eased over the last few months.

“Fossil fuels are the driver of the climate crisis, but also of war, conflict and pollution. Due to a broken system, we seem to be stuck with fossil fuels as a society. And in this way, we contribute to horrific wars, such as the one in Ukraine,” Faiza Oulahsen of Greenpeace told NL Times.