The main objective of the new law will be to “discipline everyone, especially on the political side, to deliver on this promise” of climate neutrality by 2050, Timmermans said. [European Union, 2020. Source: EC - Audiovisual Service]

“My fundamental point is: we can do this. We have the science, we have the technology, and we can certainly find the money,” the former Dutch foreign minister told a conference in Brussels, aimed at kick-starting public discussions on the EU’s upcoming Climate Law.

Commission President Ursula von der Leyen has promised to table a European Climate Law during her first 100 days in office and eventually enshrine the EU’s climate neutrality objective for 2050 into hard legislation.

According to the Commission, the new law “will set the direction of travel for EU climate action, give predictability for investors, and anchor the irreversibility of the green transformation.”

The Climate Law’s main objective will be to “discipline everyone, especially on the political side, to deliver on this promise” of climate neutrality by 2050, Timmermans told the Brussels conference. Key questions that he said remain to be answered include: “To what extent do we want to be prescriptive, how far it will go,” and “who can be held accountable” if climate objectives are not met.

The green industrial revolution will happen at the global level regardless of whether Europeans are on board or not, Timmermans warned.

“If we get this right, I can assure you that worldwide, there will be huge interest,” he continued, saying the 2050 climate neutrality objective is “a unique opportunity to lead, not just in Europe but in the world”, on green technologies that will shape the global economy.

The kick-off event was organised to collect feedback from all interested parties before the Commission publishes its legislative proposal for a European Climate Law, due in March.

This means EU policymakers face a tight schedule before the November UN climate summit in Glasgow, where the EU is expected to announce an updated carbon reduction target for 2030, said Pascal Canfin, a French centrist MEP who chairs the European Parliament’s environment committee.

If the Commission’s Climate Law proposal comes out in March, the Parliament’s environment committee could vote on it in June before a plenary vote in July, Canfin explained.

But the “elephant in the room” in the debate is the 2030 climate target, the French MEP warned, urging lawmakers to keep the law “simple and fast” in order to stick to the tight schedule.

Canfin said a clear majority of MEPs support a 55% reduction in greenhouse gas emissions compared to 1990 levels. This is on the higher end of the range suggested by Ursula von der Leyen, who said the Commission would table proposals for a 50% carbon cut by 2030 and consider raising the target to 55% pending a cost-benefit analysis due “by the summer”.

This means the Commission needs to produce its cost-benefit analysis on the 2030 target “by the summer,” Canfin said, insisting that “summer is in June”.

“Beginning of summer, we need to have this impact assessment in order to have a chance” of striking a deal on the climate law in time for the COP26 in Glasgow, Canfin said.

“If you derail from that timeline, you can almost forget a deal before Glasgow,” he warned. “It’s a very clear message for the European Commission: we want to stick to the agreed timetable.” 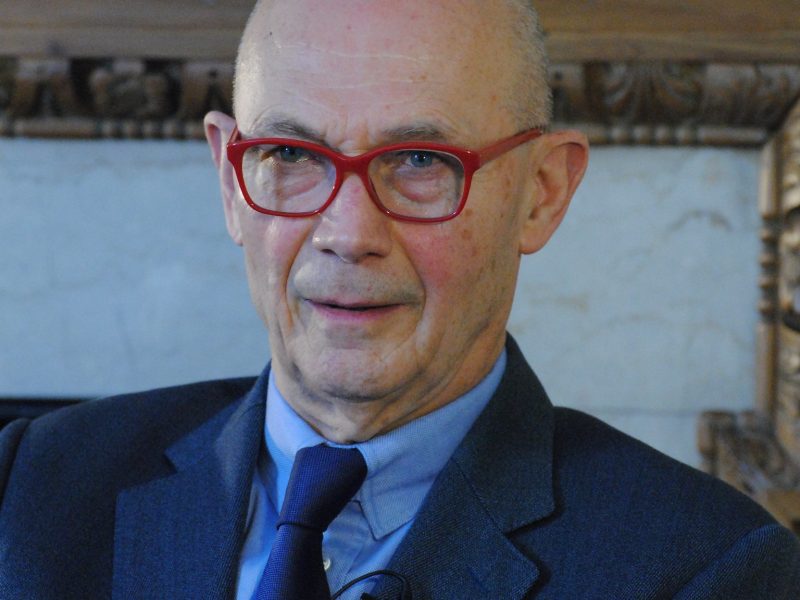 Climate action can be the polestar guiding EU leaders through turbulent economic waters, writes Pascal Lamy, calling on politicians to put climate policy at the heart of a coherent industrial strategy.

Canfin also warned lawmakers were likely to be flooded with demands coming from different industrial sectors asking for special treatment under the Climate Law. “I would recommend not doing it,” the French MEP said, calling on lawmakers to keep the law as simple as possible.

“Simple means no Christmas tree” with special clauses for industrial sectors like steelmaking or chemicals, Canfin added, saying such demands could be dealt with in separate legislation like the reform of the Emissions Trading Scheme for carbon dioxide.

Environmental NGOs, for their part, insist on keeping the EU’s Climate Law rooted in science.  Wendel Trio, director of Climate Action Network (CAN) Europe, called for a regular evaluation process, with “a scientific body and expert panel to review the law so that the climate neutrality target can be met earlier than 2050”.

All EU policies “should be measured against the climate neutrality objective,” Trio said, calling for a mechanism to ensure policy coherence across the board, including on agricultural policy and budget.

But even though the 2050 discussion is important, there are more pressing targets for 2030, which must be addressed as a priority, Trio said, urging EU leaders to agree on the 2030 objective “before the EU-China summit” in September.

Climate neutrality “needs to be more than an end goal, it has to be a process,” with regular review clauses, he said, calling on the Commission to ensure other policies are in line with the objectives of the European Green Deal and climate neutrality.

Climate think tank E3G has billed the September EU-China summit as a potential “inflection point” in global climate talks ahead of the UN summit in Glasgow. In the absence of US leadership on international climate diplomacy, “all eyes are on Europe and whether it can bring the world’s biggest emitter – China – along with it,” E3G said in a briefing note last year.