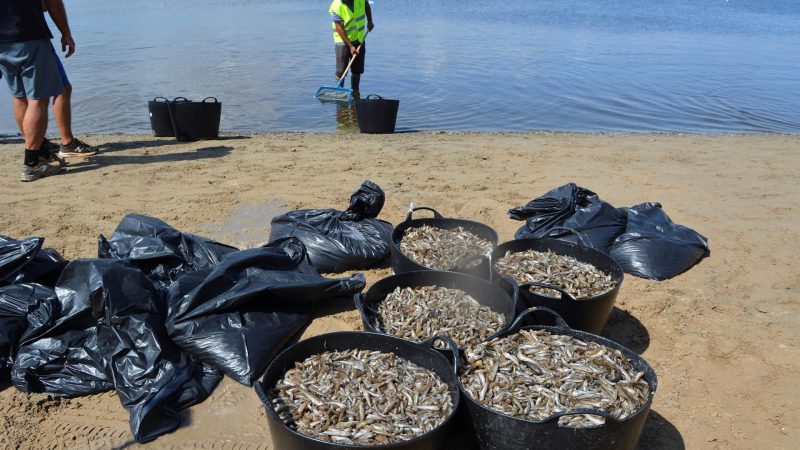 In the last 20 days, over five tons of fish and shellfish that died due to a lack of oxygen in the water have been removed. [EFE/WWF-Spain]

Thousands of dead fish have washed up on the shores of Spain’s Mar Menor in an environmental disaster that has shocked residents and tourists visiting the area, EURACTIV’s partner EFE reports.

According to local sources, the disaster is being caused by intensive farming leading to a surge in nutrients from agricultural fertilisers, killing thousands of fish in the saltwater lagoon in Spain’s southeastern Mediterranean coast.

In the last 20 days, over five tons of fish and shellfish that died due to a lack of oxygen in the water have been removed.

Residents and environmentalists are losing their patience with the issue that they say authorities have left unresolved since 2016 when the first mass die-off of fish was reported. The second episode was in 2019 when 3 tons of dead fish washed up on the shores.

The disaster is creating tension between Spain’s conservative Popular Party and Pedro Sanchez’s centre-left government, who are blaming each other for inaction.

Spain’s minister for ecological transition, Teresa Ribera, visited the area last Wednesday, to address the situation and met with the five environmental organisations that have denounced the disaster to the European Union.

Environmentalists claim the situation has worsened in recent years due to pollution caused by human activity.