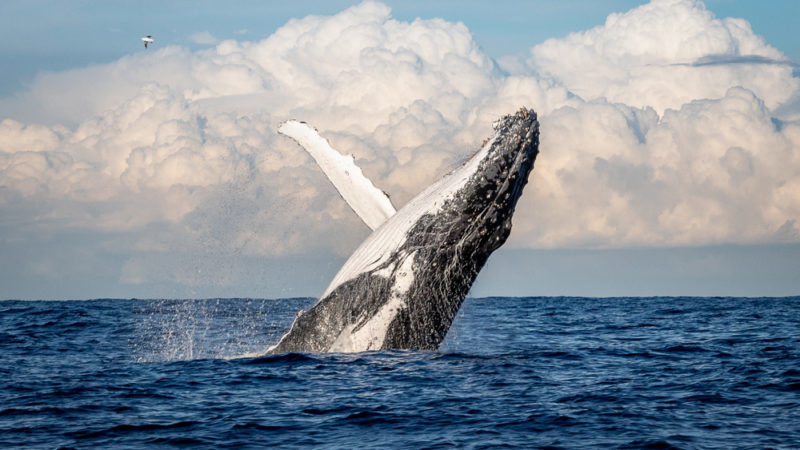 Waters outside national boundaries are currently unregulated, devastated by overfishing and pollution. Now, 140 countries look set to back a motion to establish a treaty. EURACTIV’s partner The Guardian reports.

The world’s oceans are set for a long overdue boost in the coming days as the United Nations votes for the first time on a planned treaty to protect and regulate the high seas.

The waters outside national maritime boundaries – which cover half of the planet’s surface – are currently a free-for-all that has led to devastating overfishing and pollution.

But after more than five years of negotiations, UN members are poised to agree to draw up a new rulebook by 2020, which could establish conservation areas, catch quotas and scientific monitoring.

“This is the biggest opportunity to change the status quo we have ever had,” said Will McCallum, the head of oceans at Greenpeace. “It could change everything.”

A debate on whether to move ahead with a High Seas Treaty has been tabled before the end of the year at the UN headquarters in New York.

The motion is supported by 140 nations, which is more than the two-thirds needed for passage.

“This is great news. This vote could open the way to create a Paris Agreement for the ocean,” said Maria Damanaki, a former European Union Commissioner for Maritime Affairs and Fisheries who is now working for The Nature Conservancy. “This could be the most important step I have seen in my 30 years working on oceans.”

Only 3.5% of the world’s oceans are currently protected. The remainder is increasingly over-exploited and contaminated by pollution, fishing and seabed mining. “There are multiple stressors and they are all getting worse,” said Damaki. Despite the grim situation, she was optimistic that attitudes were changing thanks to programmes such as the BBC’s Blue Planet and media campaigns about plastics dumped in the ocean.

Conservation groups have lined up to support a treaty. “The science is clear on the role oceans play in ensuring the current and future liveability of the planet. If we want our oceans to continue to provide food, absorb carbon, and regulate climate for the planet, protecting the biodiversity of the high seas is critical,” said Aulani Wilhelm, SVP, Center for Oceans at Conservation International.

If the vote passes as expected, the UN will host four meetings over the next two years to draft the treaty. Ocean activists hope this will lift the subject to the same level as climate and land biodiversity and ultimately result in a legally binding set of regulations.

But the scale and scope of a treaty is not yet decided. There are also doubts about how effective it will be given the difficulties of enforcement, which will rely on national governments.

“Enforcement will be a key issue facing nations over the next two years,” said Liz Karan, of the Pew Charitable Trust. “We’re not expecting a UN navy, but we hope that big nations will use their navies plus advances in satellite technology and tighter monitoring requirements for all vessels to have tracking devices.”

Several major fishing nations have been hesitant about signing up. Iceland, Japan and South Korea have moved towards support for a treaty, though some of their negotiators want it to exclude fishing. “The US and Russia haven’t signed, but they haven’t opposed either,” Damanaki said. There are also hopes that China will come round and play a positive leadership role as it is increasingly doing on climate issues.

Despite such uncertainties, conservation groups say the heightened focus on oceans is a sign of progress.

“Some of the most undersurveyed of all ocean systems are in the high seas, and because they aren’t protected by the laws of any country, they are among the most vulnerable and potentially over-exploited on Earth,” said Aulani Wilhelm of the Center for Oceans at Conservation International. “The science is clear on the role oceans play in ensuring the current and future livability of the planet. If we want our oceans to continue to provide food, absorb carbon, and regulate climate for the planet, protecting the biodiversity of the high seas is critical.”

The Marine Conservation Institute concurred that the move towards a treaty was a hugely positive development. “A growing body of science also points to the significant role of oceans in sequestering carbon,” the group noted, “so healthier, more abundant oceans will also help address climate change.”