“Climate neutrality is something that we are committed to,” said Poland’s deputy climate minister Adam Guibourgé-Czetwertynski. [EURACTIV / YouTube]

Poland moved a step closer to formally endorsing the EU’s 2050 climate neutrality goal this week when its climate ministry presented an update of the country’s 2040 energy roadmap during an online event hosted by EURACTIV.

“Climate neutrality is something that we are committed to,” said Poland’s deputy climate minister Adam Guibourgé-Czetwertynski, in what may be the strongest signal yet that Warsaw is now ready to formally endorse the EU’s 2050 climate goal.

In fact, the government has “decided to go for that objective also in our strategic plan for the transformation of the entire Polish economy,” Guibourgé-Czetwertynski told the EURACTIV online event on Wednesday (9 September).

Poland is currently reliant on coal for more than 75% of its electricity needs but rising carbon emission costs, the EU’s ambitious new climate policies and the coronavirus outbreak are forcing Warsaw to speed up its energy transformation.

In an update of its 2040 energy strategy, published the day before, the climate ministry said Poland plans to invest 150 billion zlotys (€33.7 billion) to phase out coal, unleash new renewable energy capacity and build the country’s first nuclear power plants.

“That will be our contribution to that effort to make the EU climate neutral by 2050,” the minister said at the EURACTIV event.

Billions of euros waiting to be unlocked

The shift in position, if confirmed by the government in the coming weeks, could unlock billions of euros worth of EU aid which are badly needed to restructure the country’s electricity sector.

Poland is the only EU country which has not formally committed to the bloc-wide target of cutting emissions to net-zero emissions by mid-century.

And according to an EU budget deal struck in July, Warsaw will only be eligible for half of the EU funds it is entitled to if it does not sign up to the bloc’s climate neutrality objective.

More than 70% of Polish power plants are over 30 years old and will need to be replaced in the coming years, Guibourgé-Czetwertynski said.

“So we need to invest and we want to invest in a system that can provide us with stable supplies at reasonable prices of zero-emission energy,” the minister told participants at the event.

By 2040, Poland’s new power system could rely on nuclear “for the base” and “a strong increase of renewables” for the remainder – “mostly offshore wind and photovoltaics” which could reach 8-11 GW and 10-16 GW respectively, Guibourgé-Czetwertynski said. 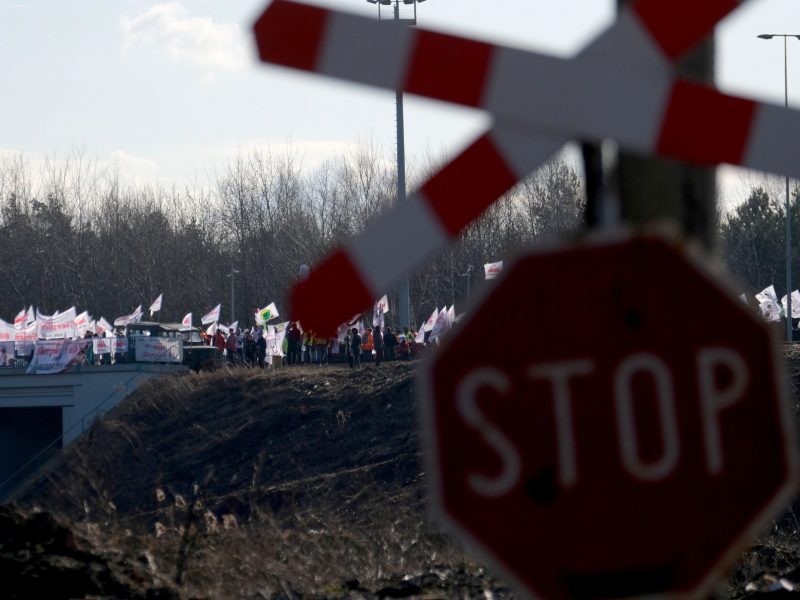 Poland wants to speed up phasing out coal and spend billions to build renewable and nuclear power infrastructure to address challenges related to climate change and ensure stable power supplies, the government said on Tuesday (8 September).

However, uncertainties remain about the finance aspect. In total, the Polish power sector will have to invest €68.5 billion in the coming decade to meet EU climate objectives, said Pawel Cioch, vice-president of the Polish electricity industry association, PKEE.

“The main challenge ahead of us is to deliver the EU goal of achieving climate neutrality while the starting points of the EU member states differ significantly,” Cioch told the EURACTIV event, saying financial instruments were needed to support investments in new renewables and gas generation to replace coal.

“For Poland, every increase in climate targets must be mitigated by a corresponding increase in finance,” Cioch insisted.

But the current CO2 price on the EU carbon market is “not robust enough” to cover all the investment needs, he warned, saying the €68.5 billion figure was calculated based on the assumption that the EU opts for a 55% reduction in greenhouse gas emissions by 2030.

“Instead of turning green, there is a risk that companies with a high share of coal-based generation will turn bankrupt,” Cioch said, warning about the social and environmental consequences.