A man walks along a road damaged by floods after heavy rain falls, flash floods and violent storm which hit the Aude department, in Villalier, France, 16 October 2018. [EPA-EFE/Guillaume Horcajuelo]

87% of assets managed by the world’s 100 largest public pension funds are yet to undergo a formal climate risk assessment, according to research published on Tuesday (23 October), with only 15% of them adopting a coal exclusion policy.

While 200 nations have ratified the Paris Agreement, only 10% of the largest public pension funds around the globe have made formal pledges to align their portfolios with the 2°C warming target agreed in the French capital, according to research by the Asset Owners Disclosure Project (AODP).

Only 13% of savings collectively managed by the world’s 100 largest public pension funds have undergone formal analysis for exposure to climate-related risks, such as storms, floods, heatwaves and hurricanes.

And a staggering 65% of funds have no responsible investment policy with specific references to climate change.

This leaves $9.8 trillion of assets unprotected from the economic shocks of global warming, AODP warned, saying this poses a risk for investors.

Exposure to climate-related disasters such as floods, storms or sea-level rise can have a huge impact on property and infrastructure, destroying value and raising insurance rates overnight.

AODP recently published a global ranking of public pension funds based on their overall climate performance, and found that European funds were leading the pack.

Sweden’s AP7 and Finland’s Varma were among the few to stress-test their portfolios against the Paris goals, confirming the reputation of Scandinavian countries for being frontrunners on climate policy.

According to AODP research, about half of pension funds around the world are undertaking some form of climate-related company engagement, but this largely focuses on improving disclosure instead of action.

Furthermore, only a minority of pension funds (18%) have a policy to escalate their engagements in case of failure, such as by using votes at AGMs, co-filing key climate resolutions, or setting time-bound objectives.

Pension funds are by definition supposed to act on the long-term, investing in the best interest of their beneficiaries, said Paul Simpson, the CEO of CDP, a UK-based organisation formerly known as the Carbon Disclosure Project.

However, he said few were actually incorporating this information to protect their assets, calling for “clearer progress” in the way investors are implementing their fiduciary duty in practice. 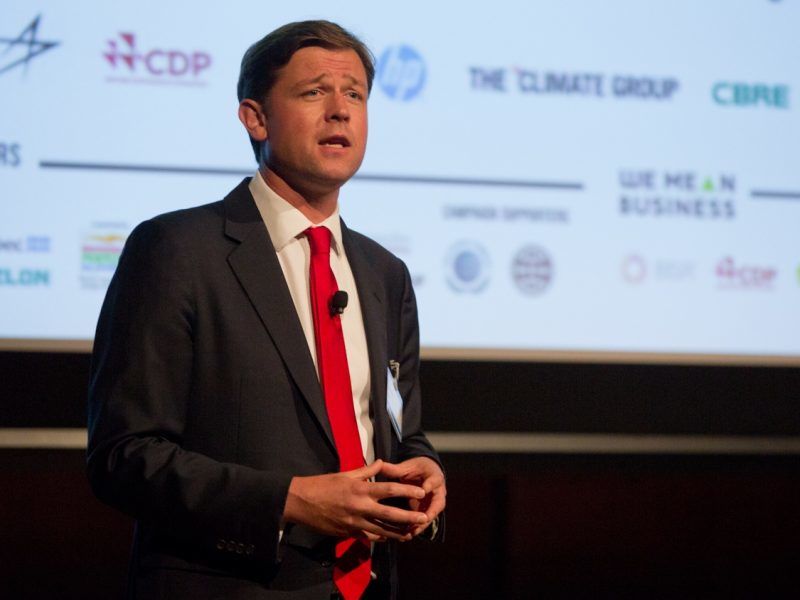 Private investors need to come clean and commit to science-based targets on climate change, says Paul Simpson. Unfortunately, “there is still money out there for the dirty investments in the short term,” he laments, calling on regulators to take action against opaque finance.

“Though almost a third have identified the physical and transition risks facing their portfolios, their policies on fossil fuels and engagement pale in comparison to challenge we face,” he added, calling on the sector to take action.

“Pension funds need to summon the courage to transform this knowledge into action, through taking real steps forward in their company engagement and asset allocation to ensure the retirement pots of their beneficiaries are truly protected and preserved.”