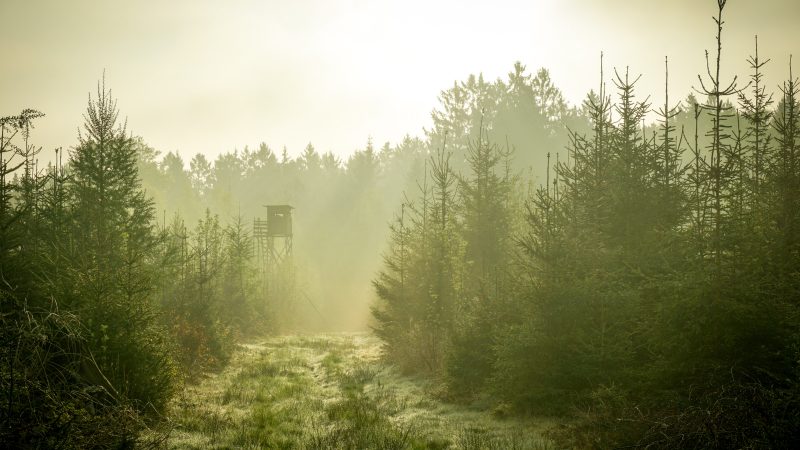 If the ban on the use of lead ammunition becomes reality, one-off costs related to the modification and replacement of millions of firearms could potentially reach €14.5 billion. Moreover, it is estimated to cause 25% of hunters to stop hunting entirely, and at least 30% to hunt less frequently. The economic loss to EU 27 because of the ceased and reduced hunting activity would be at least €5.7 billion.

European hunters have sounded the alarm following the publication of the ECHA’s Annex XV Restriction Report (currently in the public consultation phase). The cost to replace and modify millions of firearms for non-lead ammunition, the time available to comply, as well as the price of non-lead ammunition are true pain points for Europe’s 7 million hunters.

They are the latest critical issues to emerge from a Europe-wide survey by FACE involving a representative sample of European Economic Area hunters (with over 18,000 responses), designed to gather data on the socio-economic impact of a lead ban.

According to the survey, if the restriction comes into force, 1 in 4 hunters will stop hunting entirely and at least 30% will hunt less frequently. Moreover, at least 20% of hunters will stop shooting activities (other than hunting) such as practice or sports shooting, and approximately half will engage in (non-hunting) shooting activities less often. These figures alone clearly demonstrate the enormous socio-economic impact that the proposed restriction would have on Europe’s hunters.

But let’s take a step back and drill down on what’s behind these figures. An analysis of the survey findings will give us a better understanding of the issues that hunters are facing and make it possible to pinpoint any discrepancies in the ECHA Report’s figures and estimates. Once again, the report has misevaluated the impact of the proposed restriction, which is why FACE felt the need to step in and put the record straight. In fact, while the game meat consumption figures seem to be overestimated and the environmental risk assessment statistically unreliable, as we underlined in our previous analysis, the ECHA has clearly underestimated its figures when it comes to one-off costs for the adaptation and/or replacement of firearms that are unsuitable for lead-free ammunition.

According to the survey, 34% of firearms are incompatible with non-lead ammunition. One-off costs related to the replacement of those firearms could potentially reach up to €14.5 billion, and that’s a conservative estimate. Moreover, ECHA itself estimates that € 3,000 is the average annual hunting budget spent by hunters, and thus the economic loss to EU 27 because of the ceased and reduced hunting activity would be at least €5.7 billion.

Other major issues include ECHA’s proposed restriction on lead in rimfire ammunition where there are no accurate replacements, transition periods that are unrealistic and derogation conditions that are impossible to comply with for sports shooting ranges.

In fact, the costs associated with rimfire rifles are based on a 10% unsuitability estimate taken from the ECHA’s Annex XV Restriction Report (which cites a Californian impact assessment), thereby assuming that 10% of guns will need to be replaced due to their dependency on rare calibres (Annex D: Impact Assessment, p. 369). However, it is becoming increasingly clear that there aren’t yet accurate enough alternatives for .22 rimfire rifles, meaning that the estimate falls drastically short of reality (i.e., compared to 90-100% unsuitability). The same under-reporting can be flagged with regards to the fact that only ‘unsuitable’ (and not ‘limited suitability’) shotguns were factored into the cost analysis. There are major implications for shotguns where most countries are without a proof-testing facilities to re-proof shotguns to ensure safety standards.

Given the above, it is clear that the figures in the Annex XV Restriction proposal are drastically low, even when compared to the rather conservative numbers that arose from the survey.

But the costs of substituting or modifying firearms are not the only factors distressing hunters: approximately 70% of them are either ‘very concerned’ or ‘concerned’ about the price tag of reproofing and the fees associated with practice/target shooting. In fact, 54% of hunters would like to see practical training provided on the safe and proper use of non-lead ammunition. The issue of training is strictly related to the safety and risks of non-lead ammunition, as the survey shows. Hunters were asked about their intention to use shotguns which are not steel proofed following a ban on the use of lead in ammunition. Almost half of all respondents (46%) stated they would use non-steel-proofed shotguns. Considering that the current proposal doesn’t force hunters to modify their shotguns, if this reluctance becomes reality, it poses a safety risk for hunters, albeit self-inflicted.

Last but not least, time is entirely relevant when such a revolutionary proposal is at stake. According to the survey, only 30% of hunters are in a position to readily comply with the potential restriction. The situation will only slightly improve over time: 35% of hunters say they would be able to comply in terms of hunting activities, and 40% for non-hunting shooting activities, by 2030.

In conclusion, the data that emerge from the survey once again clearly and unquestionably demonstrate how, given the timeline and scope of the current proposal, the proposed ban on lead ammunition will have major socio-economic impacts of the hunting community in the European Economic Area. Longer timelines and broader cooperation with all stakeholders—hunters and manufacturers of reference first and foremost—are necessary to get truly effective results and minimise the negative impact of the restriction.