The cocoa bean industry has been linked to rapid deforestation as demand for chocolate grows. [mirabelle007/Flickr]

Julia Christian is a forest policy advisor for Fern, the forests and rights NGO.

Using satellite imagery and remote sensing algorithms Global Forest Watch (GFW) recently revealed a startling shift in where forests are being destroyed across the world.

Brazil and Indonesia, for so long the world’s tropical deforestation hotspots, continue to lose primary forests at disconcerting rates. Yet the most dramatic increases in deforestation, according to GFW’s data, are happening in the new frontiers of West Africa. And the European Union (EU) bears a large burden of responsibility.

In 2018, Ghana and Côte d’Ivoire held the dubious distinction of increasing rainforest destruction more than anywhere else in the world. Deforestation increased in the former by an astonishing 60%, and in the latter by 26%.

These disturbing findings are directly linked to another field in which Ghana and Cote d’Ivoire lead the world: they are the planet’s top two cocoa producers, responsible for 60% of global trade. In both countries, recent studies show that cocoa is a major cause of deforestation.

Most of this is destined for the EU, the world’s largest importer, processor and consumer of cocoa.

But while awareness of the havoc wreaked by Europeans’ voracious appetite for chocolate is growing, attempts to curtail the damage have so far been largely limited to ineffective voluntary company commitments.

Cocoa is an industry whose cost can be measured by its environmental – including climate – impact, as well as the desperation of those working in it.

Most cocoa farmers live in extreme poverty. In Côte d’Ivoire, for instance, they earn on average about a third of what they need to live on, taking home around 54 cents per day.

Pressure to end the EU’s shameful complicity in this is coming from all fronts.

Since 2012, the European Parliament has been calling for the European Commission to take regulatory action to end child labour in cocoa production – but without success.

Which is why politicians are becoming increasingly vocal.

Manfred Weber, a strong contender to become the next European Commission President, said in April that a global ban on child labour – via conditions in EU trade agreements – would be one of his twelve priorities if elected.

His countrymen Gerd Mueller and Hubertus Heil, the German development and labour ministers respectively, have also recently urged the EU to regulate all companies to make sure they are not importing human rights abuses or environmental damage.

Their calls have come in the wake of France, Germany, and Belgium all releasing policies calling for EU regulation to address deforestation and child labour in cocoa production. Even the chocolate industry is now calling for regulation, with three major companies recently making statements to that effect.

And last month a YouGov poll across 25 EU countries, revealed the huge groundswell of public support: 87% of Europeans want new laws to ensure that the food they eat and products they buy don’t drive global deforestation.

A new study exploring how the EU can tackle cocoa’s destructive impacts by Duncan Brack, an independent environmental policy analyst, underlines the scale of the problem and the challenges to remedying it.

Brack argues that no simple or single solution is the answer, but that action is required “at many levels and by many actors” – the most critical of which is EU regulation, coupled with bilateral agreements to address law enforcement issues in producer countries.

The European Commission’s Communication on Deforestation – outlining its plans to tackle the issue – was meant to be published in the spring. Further delays, or a lack of real action, would fly in the face of public opinion and do nothing to reduce the harm our consumption is causing in West Africa. 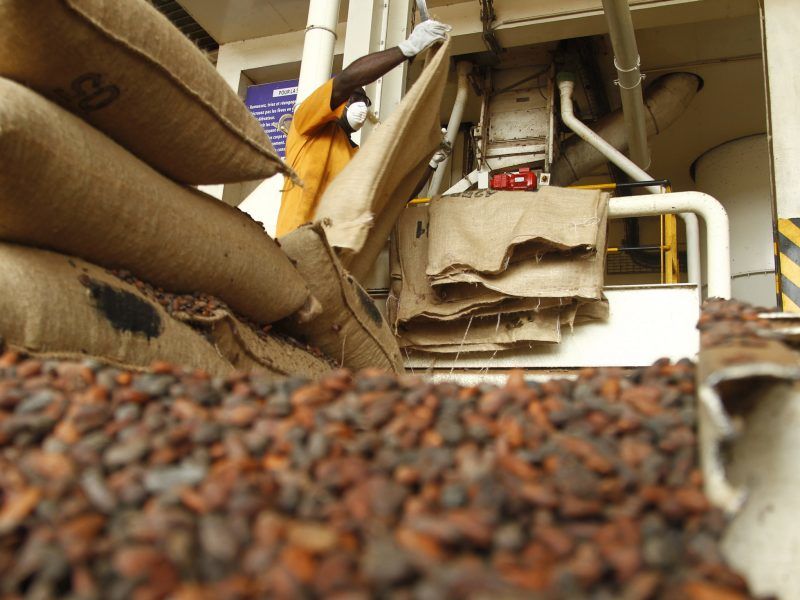 Towards Sustainable Supply Chains: Regulatory Options for the EU by Duncan Brack is published by Fern, Fairtrade International and Tropenbos International.