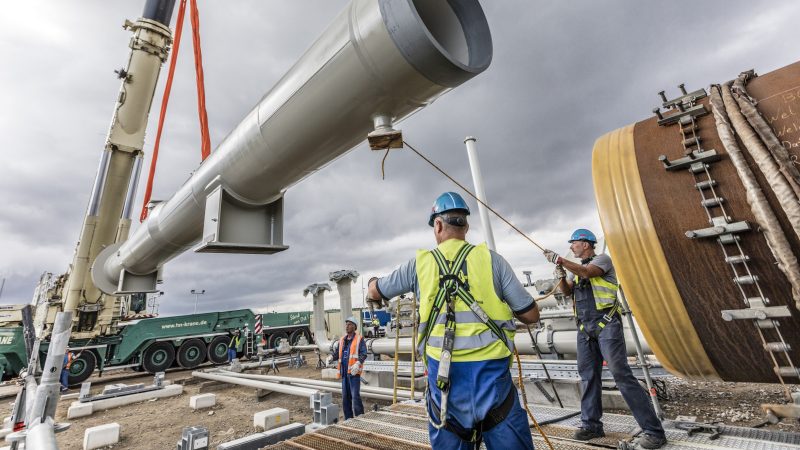 Jonathan Gaventa is a senior associate and member of the board of E3G, a climate change think tank. Lisa Fischer is senior policy advisor in E3G’s London office.

The incoming European Commission president Ursula von der Leyen is committed to establishing a European Green Deal in her first 100 days in office.

A successful green deal will need to maximise climate mitigation, invest in modern and resilient European infrastructure and protect vulnerable consumers and taxpayers from undue costs. Adopting a new agenda on natural gas will be necessary to succeed, for three reasons:

First, tackling natural gas emissions inside and outside Europe is crucial to combating climate change. Natural gas is the world’s fastest-growing fossil fuel and the only fossil fuel still growing in Europe. In Europe, if we are to achieve our climate targets, consumption of unabated natural gas must start dropping drastically and reach zero by mid-century. Globally, the expansion of gas supply needs to stop over the next decade.

Early policy visibility will allow industries to embark on an orderly transformation. This long-term visibility should be combined with measures for smart integration of the electricity, heating, transport and industry sectors – as included in von der Leyen’s mandate to her Commissioner-designate Kadri Simson.

Giving equal market participation to gas consumption alternatives such as energy efficiency measures, vehicle-to-grid technology, and battery storage will kick start an efficient transition with maximum consumer choice. The upcoming legislation to decarbonise the gas sector is an opportunity to do this, and, to be effective, actions to remove fossil fuel subsidies and distortions will also be necessary.

Reducing gas consumption will have consequences for the EU’s diplomatic relations. As a major importer, the EU needs to send consistent signals to gas producing countries, such as Algeria, Egypt, Russia and the US about its transition away from natural gas.

Doing so will create space to develop alternative areas of trade in clean goods with partners. In the near term, supporting partners in reducing methane emissions from gas production will be key, as methane’s climate impact is at least 34 times stronger than CO2.

Second, a well-managed natural gas transition can protect the most vulnerable consumers. Many European citizens are unable to afford to adequately heat their homes, particularly in Eastern Europe. Continuing with existing expansionist policies on gas network infrastructure will add additional costs to the consumer bill. A revision of the so-called Trans-European Networks for Energy Regulation, dating from before the Paris Agreement, is a necessary step to halt the expansion.

Instead, investing in building renovation and energy efficiency will help to reduce consumer bills. A well-managed transition also has the potential to support skills development and offer new sustainable job opportunities to those currently employed in the gas industry and other high carbon sectors.

Managing this social dimension of decarbonisation is crucial and policy visibility will be at the core of it. The EU can support regions and sectors in developing their transition strategies and offer support for funding re-skilling programmes

Third, reducing gas dependency can boost EU industrial competitiveness. EU industry is one of the top consumers of natural gas. Its global competitiveness depends on maintaining a low cost of energy inputs. Higher efficiency of industrial processes, electrification and a circular economy can become core building blocks of a strategy to reduce exposure to global gas price fluctuations, as these will increasingly be determined by China’s rising appetite for gas.

Developing alternatives such as renewable hydrogen will need to become priority to help decarbonise hard-to-electrify industrial processes. Price signals and market arrangement for a strengthened competition between natural gas and its renewable, emissions-free alternatives will ensure the necessary uptake.

Von der Leyen’s Commissioner-designate on energy, Kadri Simson, will present her vision to Parliament on Thursday, 3 October. By adopting a new approach to gas, not only will the EU thrive in an emissions-free world, but it will lead the climate neutrality charge.