A new life for Chernobyl: From nuclear to solar power plants 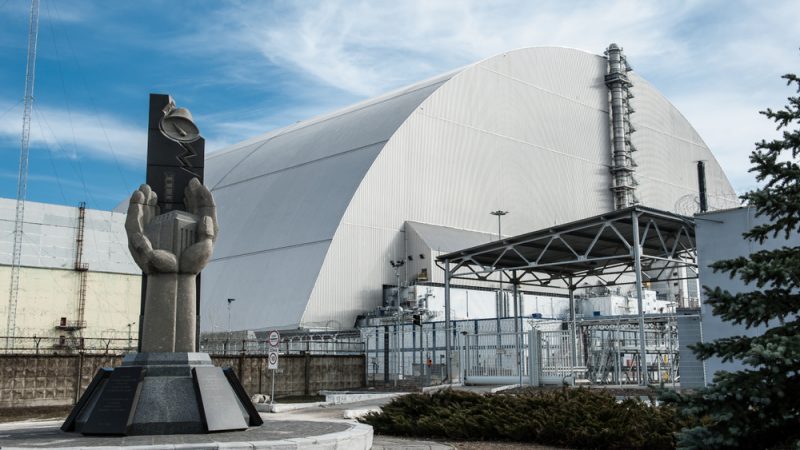 Just outside the Chernobyl Exclusion Zone, the site of the worst nuclear accident in history, a small town has been given a new lease on life, as a producer of solar energy, writes Juulia Baer-Bader.

Juulia Baer-Bader is currently working as the communications manager at the Eastern Partnership Civil Society Forum. This op-ed is the personal opinion of the author and does not reflect her affiliation with any of the institutions.

Have you heard of Slavutych? I believe not. However, you have probably heard of or seen the series “Chernobyl”, produced by HBO in 2019.

It is the story of the eponymous nuclear accident, which occurred on 26 April, 1986 near the city of Pripyat in the north of the Ukrainian SSR. It is considered to be the worst nuclear disaster in history, rated at seven (the maximum severity) on the International Nuclear Event Scale.

Last Sunday was the 34th anniversary of the accident. Yet, you probably do not know, a small town of Slavutych, just outside the Chernobyl Exclusion Zone is today witnessing a new beginning, serving as a source of solar energy.

In 2018-19 a project named “SolarTown” created its first solar power plant cooperative in the city of Slavutych. It is the newest city in Ukraine, having been built in 1986 to host nuclear engineers after the evacuation.

As is the case for many typical Soviet cities nowadays, Slavutych needed to re-invent itself in the face of the reality of the market economy and the overall transformation of Ukraine after the Soviet Union’s collapse.

The former nuclear city is looking for new business models, and local community leaders are eager to develop a more self-reliant spirit.

“SolarTown” while being a commercial project, is based on democratic values and, unlike most Ukrainian communities, the people of Slavutych own their power grid. Most of the Distribution System Operators (DSOs) in Ukraine belong to private owners, mostly oligarchs.

That means that the power lines in Kyiv, for example, belong to DTEK – Ukraine’s largest energy group, owned by oligarch Rinat Akhmetov. In the early 2000s the private energy companies pressed cities and towns into giving their municipal grids to these DSOs or selling them at a symbolic price.

Thus, most cities, towns and villages do not have their own grid, making Slavutych an exceptional case and the whole project transparent and understandable for the local population, who are members of the cooperative and at the same time their investors.

With the support of the community, consisting of high-quality electricity experts, “SolarTown” has collected, solely with crowdfunding efforts, ca. 150.000 EUR in only 4 months. With this money, three solar powerplants were built on the roofs of typical quadratic soviet buildings with large and flat roofs.

You might wonder if Ukraine, with its cold and dark winters, is the right country in which to start a solar energy project. Yet surprisingly, Ukraine has around 290 sunny days a year, compared to an average of 65 days of sun in Belgium, for example. This makes the country belong to the “bright side” of the European continent.

“SolarTown” earns money from Ukraine’s “green tariff”, which is currently one of the highest in Europe. At the same time, the project gives 5% of its annual income back to the community to fund city improvement projects.

The solidarity element and green ideas behind the “SolarTown” project make it unique in Ukraine and open new prospects for energy cooperation with the EU vis-à-vis the Eastern Partnership policy.

A joint policy initiative, which aims to deepen and strengthen relations between the European Union, its member states and its six Eastern neighbours: Armenia, Azerbaijan, Belarus, Georgia, Moldova and Ukraine.

In December 2019, the European Commission unveiled its Green New Deal. Under this new course, financial allocations to the Neighbourhood, including the Eastern Partnership countries, will have a target of 25% for climate-related objectives.

This is a considerable increase from the 13% currently allocated and a great opportunity to prioritise decarbonisation of the energy sector in Ukraine and in the entire EaP region.

The International Monetary Fund published a report last year, according to which, Ukraine has by far the highest baseline mortality rate from pollution-related illness, reaching strikingly 43 death per million gigajoules (GJ) of coal used for power generation.

For comparison, in Germany, which has a double population of Ukraine, the mortality rates stays within 1.6 per million gigajoules of coal used. Thus, the Green New Deal should prioritise funding projects like ‘Solar Town’, which are contributing to the diversification of energy sources and supporting renewable energy sources (RES) development.

Thus, Green New Deal should focus on creating favourable conditions to empower more local civic engagement, which explain the benefits of the policy to ordinary citizens.