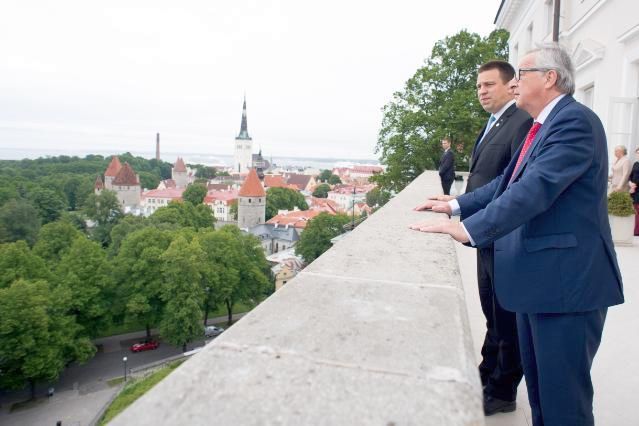 As Estonia begins its EU presidency on 1 July, business as usual won’t cut it. We need business unusual and Estonia’s successful track record in the last 25 years gives us hope that it will be able to make its mark, writes Lauri Tammiste.

Estonian society has gone through radical changes over the past 25 years, and its bold decisions on economic policies, the IT sector and politics have paid off. Now it’s time to apply the same radical thinking to environmental policy and business. As Estonia begins its EU presidency, business as usual won’t cut it. We need business unusual.

Saturday marks the start of Estonia’s first EU presidency, a tenure that brings the opportunity to find “unity through balance” – as the presidency motto goes – when tackling Europe’s most pressing challenges and motivating other member states to come along. One of the challenges is how to transition to a climate-resilient, smart economy.

Though many have focused on Estonia’s goals for the digital internal market, security and migration policies, the country has also made environment and sustainability a top priority. We applaud this foresight. EU environmental regulations are often perceived as burdensome and causing headaches, but they also positively impact society in ways we often take for granted.

Wastewater treatment systems are now more efficient, for example, and the quality of tap water has increased. EU directives on renewable energy have also helped to shape a framework for our country to invest into better alternatives than oil shale.

Now Estonia – together with our fellow EU members – is set to address another looming issue: How can we transition to an economy that is low-carbon and climate resilient?

The Paris Agreement has set a demanding goal of keeping global temperatures from rising more than two degrees Celsius. Even if the target is met, which will require policy measures that go beyond the current ones, research from the Stockholm Environment Institute (SEI) and other organisations show that countries will need to adapt to the impacts of a changing climate.

On 13 October, the EU Environment Council will meet in Luxembourg, forming the basis of Europe’s participation in this year’s global negotiations on climate change, known as COP23. The U.S. decision to withdraw from the Paris Agreement is a blow, but it won’t stop a worldwide shift to renewables – and it’s important to keep the momentum for the next steps of the accord’s implementation during Estonia’s presidency.

It’s important to keep the momentum and reach the next agreements for the accord’s implementation during Estonia’s presidency. Also, continue work on climate policy files such as the Emissions Trading System, the climate and energy-related Effort Sharing Regulation as well as the Land Use, Land-Use Change and Forestry document. Only then will it be possible for Europe to boldly face meetings with global partners and expect them to act.

Consider takeaway coffee cups. In Germany alone, 2.8 billion of them are thrown away each year. That’s 320,000 sold across the country every hour, with many ending up in oceans as plastic waste.

But a circular economy offers potential solutions. Several were on display at this year’s Negavatt competition for students, which aims to support implementing innovative solutions for reduction of energy and resource usage at campuses. First and second prize both went to teams that developed ways to replace plastic with natural resources. The first place team made dishes out of straw; the second used recycled paper and wood fibre to make biodegradable food packaging.

We need to encourage, recognise and celebrate such new sustainable business models. The Estonian presidency will dedicate the month of October to eco-innovation. Living up to its reputation as a digital pioneer, Estonia will be organising two hackathons to find digital solutions for a circular economy and climate change.

Estonia also plans to continue a busy agenda on waste management. EU environment ministers will hold an informal meeting on 13-14 July on a number of environmental topics including a climate-resilient economy and eco-innovation. The Stockholm Environment Institute Tallinn Centre will contribute to highlighting the topic of reducing plastic marine waste in the Baltic Sea at a side event organised by the Swedish Embassy in connection with the meeting.

We can’t solve all of Europe’s problems during the six-month Estonian presidency. One hackathon or a set of Council conclusions will probably not save the world. But they can become cornerstones for bigger and better things to come. Our recent history has shown that small seeds can bear big fruits. Estonia has chosen acute topics to promote and support, and we wish it every success in contributing to a better, more beautiful and vibrant Europe.