A two-speed approach to sustainable finance? 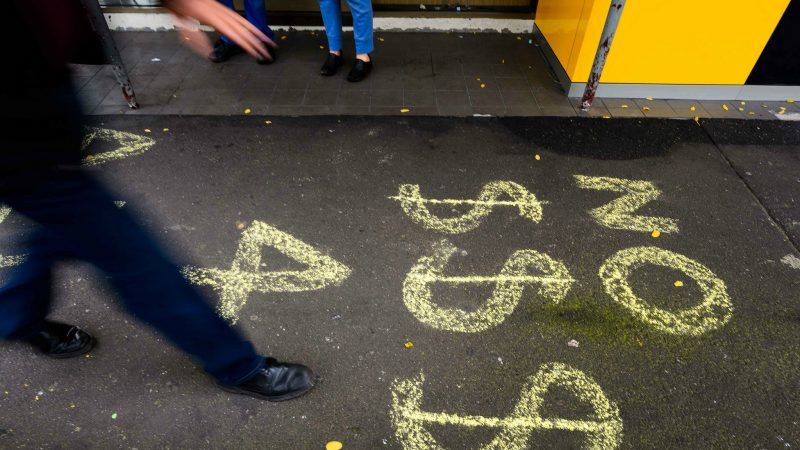 Europe is quickly adopting an imbalanced, two-speed approach to sustainable finance, in which the “green” is moving much faster than the “social”. Eleni Choidas look into whether it is even possible to have one without the other.

Eleni Choidas is a senior EU Affairs Officer at ShareAction, a non-profit organisation working to turn the investment system as a force for good.

The Commission launched this month its Action Plan for Financing Sustainable Growth which marks the culmination of an arduous three-year journey. A mere mention of green bonds in the original Action Plan for the Capital Markets Union led to the creation of the High-Level Expert Group (HLEG) on Sustainable Finance, whose ambitious recommendations in January set a high standard for policymakers in Europe and around the world.

However, a worrying trend is evident: we are quickly adopting an imbalanced, two-speed approach to sustainable finance, in which the “green” is moving much faster than the “social”.

Is it even possible to have one without the other? The answer is a firm no. It is highly unlikely that the uncertainties and risks of climate change can be navigated by communities that are not resilient, and whose rights are not guaranteed by the rule of law.

A stark example of the dangers of such a separation is evident from the lack of human rights safeguards in EU biofuel policies. The EU2020 climate and energy package expects that all EU Member states allocate 10% of renewable energy sources as part of transport fuels, which has led to a scramble for renewable energy resources.

Biofuel projects, a climate mitigation activity, have been linked to adverse impacts on communities through negative effects on food security, gender equality and women’s rights, including the access to health. Further concerns arise from the use of geoengineering for climate mitigation, which has been linked to disruption of ecosystems and human settlements, as well as community relocation projects undertaken as part of climate adaptation targets, often disrupting the access relocated communities may have to basic services.

There is an immediate opportunity to address this problem. Among the priorities set out in the Action Plan, the development of an EU sustainability taxonomy stands out, and with good reason: Vice President Dombrovskis has called it “the trunk” from which other “branches” of the Action Plan will grow. It will seek to create a flexible classification system for sustainable activities, consisting of “criteria screens” for activities falling under particular sectors.

Nonetheless, the taxonomy adopts a “climate first” logic, by which the Commission will first seek to address climate mitigation and climate adaptation, before progressing to wider environmental and social considerations at a later stage.

Indeed, the informal sustainable taxonomy supplement released alongside the Final Report of the HLEG may provide a first indication of the how the Commission will seek to classify sustainable assets and activities.

Based on the evidence referenced above, it is worrying to observe an absence of human rights-focused primary screening criteria for both climate mitigation and climate adaptation projects. For example, screening criteria for biofuel projects include substantially cutting greenhouse gas emissions, but no clear provisions that such projects must not be linked to displacement of communities and food shortages.

In terms of the Commission’s treatment of climate adaptation, a similar pattern follows: the taxonomy makes reference to protecting asset value through relocation, but no mention to ensure that any relocations affecting communities or resources used by them be consensual.

As a first step towards the development of a “social” side, the HLEG’s provisional taxonomy includes an added annex of an “asset owner-led” taxonomy on investing towards the Sustainable Development Goals, which seeks to translate the Goals into investable opportunities. This is a laudable step towards bringing the green and the social together.

Nonetheless, the Commission must take two steps to ensure that a human rights-based approach would ensure adequate safeguards to mitigate harm while “doing good”.

This is achievable. When considering the original remit of the High-Level Expert Group, focused exclusively on green finance, the policymaking discourse has evolved an astonishing amount.

The onus now rests on the Commission to take this agenda forward and make Europe a world leader in truly green and social finance. Indeed, the former cannot be achieved without the latter.