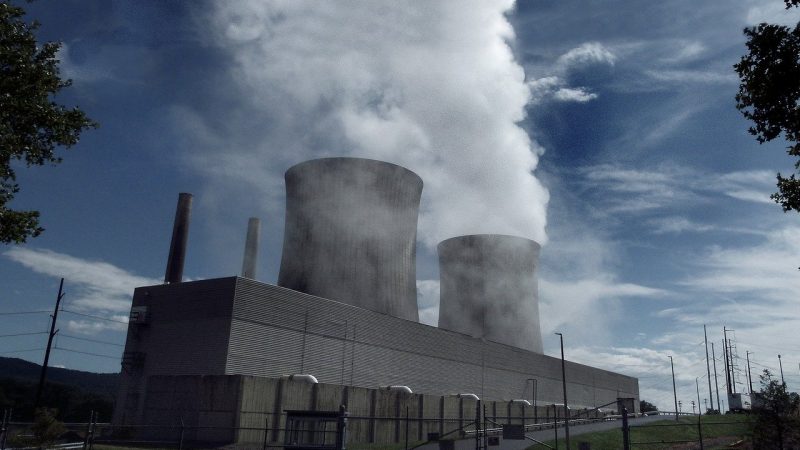 The taxonomy was designed to prevent greenwashing in sustainable finance, but there are fears there may be loopholes [Daina Krumins / Pixabay]

Lina Strandvåg Nagell is sustainable economy coordinator at Bellona Europa, an environmental NGO. Bellona promotes climate solutions which enable pathways to complete decarbonisation and have no detrimental effects on other decarbonisation strategies or on our society.

With the deadline for feedback on the sustainable finance taxonomy delegated acts fast approaching, Bellona Europa’s concerns of fossil gas loopholes included via the climate adaptation criteria have been confirmed by European Commission officials.

If unaddressed, they could provide natural gas a backdoor entry into the taxonomy – jeopardising the credibility of the project as a whole, as well as its intended use and uptake, and indeed the EU Green Deal itself.

To be eligible under the climate adaptation criteria of the taxonomy, an investment must address a physical climate risk. This could e.g. be an investment into new turbines for a fossil gas power plant facing water stress as a result of climate change.

This example was confirmed as potentially eligible in conversation with the European Commission, on the record at today’s ZEP Advisory Council meeting, clarifying that the “sustainable investment” label eligibility in such a case would refer to the so-called Do-No-Significant-Harm (DNSH) criteria.

DNSH criteria have been introduced for all the Taxonomy’s categories, to avoid labelling an investment as ‘sustainable’ under one category, if it has a detrimental effect on another.

The climate adaptation category DNSH criterion for climate mitigation is currently set at 270g CO2e/kWh, in theory, low enough to rule out unabated fossil gas claiming eligibility under the taxonomy – a state of the art gas power plant could get down to 350g CO2e/kWh at best.

Whilst the intention to avoid detrimental impact is commendable, this DNSH criterion is at best weak – for comparison, the threshold is 100g CO2e/kWh for an investment to be ‘sustainable’ in the climate mitigation category. Keep in mind that a gas power plant using little more than 20% clean hydrogen (and for the rest fossil gas) could get below 270g.

Even this weak safeguard may be virtually worthless, however. In the delegated acts to the taxonomy, the criteria for climate adaptation include a caveat reducing the climate projection that the investment in question needs to fulfil. Specifically, it reduces the climate projections used for projects with a (claimed) lifespan below 10 years.

In the absence of specification of what determines a “lifespan”, it would be possible to claim a planned future shift to low-carbon alternatives (biogas, hydrogen…) as an end to the current activity, effectively rendering the already weak DNSH criterion void.

The gas power plant in our example could circumvent the need to make even minor efforts to reduce emissions. Such an interpretation would delay investments in the shift to a low-carbon economy, prolonging or even perpetuating the high-emitting activity in question.

The investment could also circumvent allegations of leading to stranded assets or lock-in, as the facilities in question could be used for low-carbon alternatives in the future, but with no enforceable requirement to actually do so once the ‘sustainable’ investment label is secured.

To illustrate through the above example, there are no apparent safeguards or barriers preventing a fossil gas power plant investing in new turbines or generators from claiming this investment as sustainable under the adaptation criteria, as long as its lifespan is claimed to be below 10 years.

Investments through adaptation could in reality be used to channel “sustainable finance” into prolonging the life span of unabated fossil fuels, or even investments into new fossil infrastructure under the guise of climate adaptation.

The sustainable finance taxonomy is supposed to be the EU’s key tool to avoid a lock-in of emission-intensive fossil installations that render its climate targets unattainable. Climate adaptation criteria cannot be allowed to open a backdoor for fossils to sneak back inside.

Loopholes that would not only delay the transition to a low-carbon economy but more importantly damage the credibility of the Taxonomy as a whole, must not be allowed to sink this crucial policy.