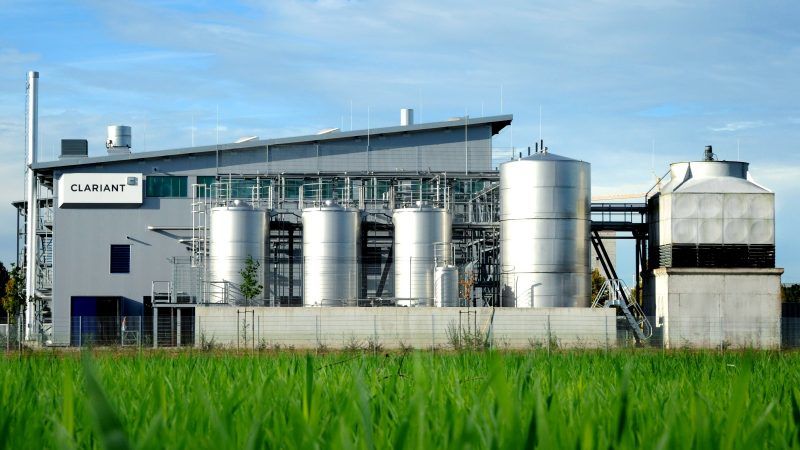 The recent agreements on the revised Renewable Energy Directive (RED II) are setting the tone for creating a stable and predictable business environment that will trigger the development of and investment in advanced biofuel production within the EU.

The transport sector has one of the highest growth rates worldwide, implying a significant impact on the fuel demand and level of CO2 emissions. In order to meet the international climate commitments and to contribute to the Sustainable Development Goals (SDG), emissions from transport have to be reduced significantly and quickly.

The title of this package implies its objectives: to reduce GHG emissions, create jobs and use cost-efficient solutions. The RED II plays into these goals: In June 2018, negotiators from the European Parliament, Council and Commission agreed on a binding renewable energy target of 32% for the EU for 2030. The agreement also sets a target of 14% for renewables in the transport sector by 2030.

Clariant is spearheading this development: Currently, Clariant is building a new full-scale commercial flagship plant for the production of cellulosic ethanol made from agricultural residues based on the sunliquid® technology. The new plant with an annual production capacity of 50,000 tons cellulosic ethanol will be built in a rural area in the southwest of Romania. At full capacity, it will process 250,000 tons of agricultural residues like cereal straw annually, which will be sourced from local farmers.  The use of agricultural residues in the immediate vicinity promotes local fuel production. Furthermore, it creates green jobs and economic growth in predominantly rural areas.

Tapping into the full potential of plants, the sunliquid® process makes use of currently underutilised inedible biomass and thus contributes to optimising the efficiency and sustainability of biofuels. Moreover, sunliquid®-based cellulosic ethanol achieves CO2 emission savings of up to 95% compared with fossil fuels and can be used in today’s car fleet within the current energy infrastructure.

What’s more, the sunliquid® production process uses its co-products for renewable energy production and soil fertilisation, which makes it a truly sustainable and cost-efficient process. The solid co-product lignin is used to produce electricity and steam, both of which are needed for an energy self-sufficient cellulosic ethanol production. Vinasse, the liquid co-product, can be used as a fertiliser and brought back to the field, thus providing a tangible example of a circular economy.

Clariant’s flagship plant in Romania exemplifies that the production of advanced biofuels provides many benefits for the European society: in the southwestern Romanian region alone the sunliquid flagship plant will create over 75 direct jobs linked to the operation of the plant and 300 indirect jobs within the agricultural and logistics industry plus over 800 jobs associated with the construction of the plant. This will offer additional income for farmers and local businesses of over 20 million Euros. Projected on an EU level whilst fulfilling the 3.5% target for advanced biofuels set out in RED II, advanced biofuels can create several ten-thousand long-term jobs and provide additional revenues in excess of a billion Euros in the EU for farmers and small businesses.

What’s more, a report by the European Commission from March 2017 suggests, with the fulfillment of the 3.5% for advanced biofuels covered in RED II, lignocellulosic based biofuels can achieve over 30 Million tons of CO2 savings per year. As a consequence, carbon-neutral advanced biofuels can contribute significantly to the decarbonisation of the transport sector while at the same time providing a competitive and sustainable source of domestic renewable energy for the EU. This will have a hand in meeting the EU’s targets to reduce GHG emissions, ensuring the EU’s energy security and limiting its dependence on imported fossil fuels from outside the EU.

The RED II is the strong and stable framework investors have been requesting for years. It will enable large scale investments in sustainable and innovative technologies that will help the EU to combine economic growth with climate protection. In the coming months the current version of the Directive still has to be approved formally by the European Parliament and the European Council.

Once endorsed by both co-legislators, it is imperative that the updated Renewable Energy Directive is implemented by the Member States as soon as possible, in order to provide additional certainty and planning reliability to potential investors.

One response to “Advanced biofuels are key to decarbonising transportation”