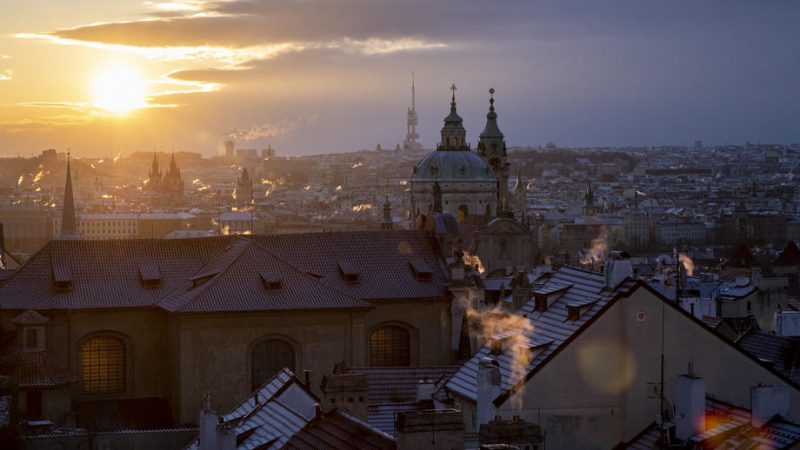 The EU’s climate target of a 55% emissions reduction by 2030 should be considered the bare minimum if we are to keep on track to fulfil the Paris Agreement goal of keeping the global temperature rise within 1.5 Celsius by 2050.

This headline figure masks huge discrepancies between EU member states in terms of climate ambitions and actions. Most notably, as mayors of the Visegrad 4 capital cities, we believe it risks generating a new gap between East and West.

This is not a path to success. Without stronger contributions from Central and Eastern European countries regarding decarbonisation, EU targets will not be met.

Thankfully, there are strong voices in favour of Europe’s Green Deal commitments within the Visegrad region and cities offer a potential bridge.

Moreover, the EU can play a strong role, by seizing the opportunity of the post-COVID recovery efforts to bring more balance to the economies across its territory.

Cities as the bridge

Structural challenges hamper the possibility of Central and Eastern European countries to catch up, which is why stronger efforts must be made to enable this in the EU’s recovery plans.

Take the example of mobility. It’s commonplace for older, more polluting vehicles to migrate from West to East. A thriving second hand car market risks offsetting EU efforts to invest in clean and active transportation by flooding the market in Central and Eastern European countries with dirty vehicles from richer member states.

As leaders of city councils that have committed to climate initiatives, we are taking action where we can.

In Prague, climate protection has been made a political priority. In regard to mobility, the city has been gradually upgrading its fleet of public transport equipment focusing on electric rail transport, suburban railways and new battery-powered trolleybuses. Prague is also supporting the construction of charging stations for electric cars, and allowing electric cars to park in paid zones either free of charge or for an annual handling fee of €4.

In Bratislava, where the transport sector has been dominated by private cars, a loan last year from the European Investment Bank helped to kickstart a sustainable urban mobility plan. New ecologically efficient buses have been added to its public transport network, and plans are underway to upgrade and significantly expand the tram system, as well as the trolleybus network, with around 50 new hybrid trolleybuses.

Because our national governments refuse to take action, we believe that similar initiatives should be taken by large, fleet-owning companies, and we encourage the EU to set clear incentives for doing so.

Right now, we have a unique opportunity to bridge this gap and give a financial boost to the green transformation. The EU’s recovery plan sets aside 37% of the available €673 billion for funding targeted towards green investments. However, city voices have largely been ignored in the preparation of the national recovery and resilience plans, which means their design will be seriously flawed.

Across the EU, large cities are more ambitious than their national counterparts, which is essential given that over 70% of EU (CO2) emissions are generated in cities.

Where national governments refuse to act, cities can become the place where the fight for climate can be won. As leaders of the Visegrad capital cities, we are united with one another in our quest for climate neutrality and the target for a 55% emissions reduction by 2030.

But this needs help from the EU side too. Cities in our region are often less affluent.

Moreover, at national level, there are serious concerns regarding the use of EU funding, as well as the access of local and regional authorities to these funding sources.

Meanwhile, we have prepared strong proposals to make the sustainable transition possible. For instance, Budapest has set out proactive plans for a large-scale project to finance energy efficiency at the household level, through retrofit, building renovation, insulation projects, heating and reconstruction.

Warsaw stands ready to invest in new green jobs and infrastructure. The city plans the construction of several new metro stops, a new metro line, and extensions of the existing tram routes. In addition, the city has been upgrading its fleet of public transport buses with zero emission electric alternatives, and plans to upgrade its integrated city card, so that public services’ users can access them more easily.

Despite this, our cities have not been consulted by our national governments

In order to meet its 55% emission reduction rate, the EU must now set about revising its regulatory framework to encompass this higher ambition – the so-called ‘Fit For 55 Package’.

We need to accelerate the transformation towards climate neutrality in Central and Eastern Europe.  This will demand a fair effort sharing in the CO2 reduction objectives and a targeted use of future carbon pricing revenues that directly contributes to reducing disparities between Western and Eastern EU Members States.

To make sure the European Green Deal becomes central to recovery in all parts of Europe, we propose that a new strategic partnership is needed between the European Commission and cities in the Central and East European region. Together, we can accelerate the much-needed transformation and contribute to the milestone of making Europe the first climate neutral continent.