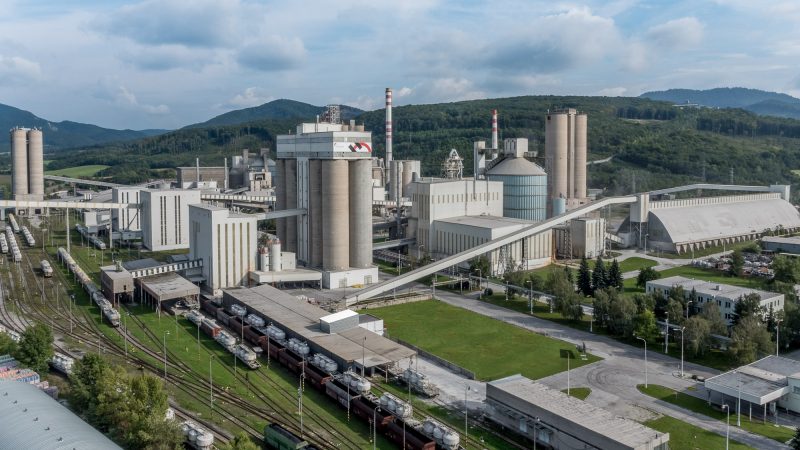 As we attempt to reach the European Commission’s challenging goals of becoming net-neutral in terms of carbon emissions by 2050, we have to make sure we are fully exploiting all the renewable energy sources available to us.

Marco Baresi is the Institutional Affairs Director at Turboden.

While work on decarbonising the electricity sector is advancing rapidly, there are a number of industrial sectors that are still struggling to “close the loop” and become truly sustainable across their entire product range. Particularly where there is no inclusive regulatory framework to help guide them.

One technology that may be able to help solve this conundrum is the exploitation of waste heat recovery from industrial processes.

Energy-intensive industries such as cement, glass, metal production and petrochemicals belong to the natural substrate of our economy. There are a great number of industrial processes that are wasting huge amounts of precious and valuable heat, that is simply dissipating into the atmosphere. While such heat is an unavoidable by-product of an industrial process, it can be recovered and re-used, with neither combustion nor emissions, in compliance with the EU’s Green Deal ambitions, and providing a substantial contribution to at least two of the Taxonomy Regulation’s climate objectives of a transition to a circular economy and climate mitigation, while also increasing the efficiency of energy usage.

Applications of waste heat recovery can include:

According to TASIO project, mentioned as one of relevant Horizon2020 on the topic, the potential valorisation of waste heat to generate carbon-free power in hard-to-abate sectors in EU27 is up to 11 TWh of electricity per year corresponding to 3.1 Million tonnes of potential avoidance of CO2 emission

Likewise, the potential power generation from waste heat valorisation in gas transmission and distribution systems (particularly gas compressor stations equipped with open cycle gas turbines) is up to 10.43 TWh per year and GHG emission avoidance in the range of 3.7 million tonnes.

Another potential use of this carbon-free power from waste heat could be the production of carbon-free hydrogen.

“Renewable hydrogen can be produced via electrolysis, by using renewable electricity to split water into hydrogen and oxygen.” According to the European Commission, the main driver behind producing “renewable” hydrogen is the source of the electricity feeding the electrolysis process. . The new proposed amendment to REDII unveiled on the 14th of July by the European Commission sets a ≥70% GHG emission reduction threshold for renewable fuels of non-biological origin (including renewable hydrogen) to count towards Member States’ renewable energy quotas.

Using carbon-free power from waste heat to feed an electrolyzer is therefore effectively the same as using renewable power sources such as solar and wind: no additional CO2 emissions are produced.

The cost of hydrogen produced via electrolysis using such a waste heat recovery plant, for example, an Organic Rankine cycle (ORC) plant manufactured by Turboden, part of Mitsubishi Heavy Industries (MHI) Group, could be in the range of 2-3 €/kg. That is cost-competitive compared to other methods of producing renewable hydrogen, thanks to the high efficiency of the ORC process and the ability to operate year-round with minimal downtime for maintenance.

Therefore, waste heat recovery represents a cost-effective, clean and reliable source of electric power, similar to renewable energy. At the European level, in fact, there is a move to classify waste heat as a renewable source: According to the European Renewable Energy Directive and the latest JRC technical report, “waste heat” can be considered “renewable” if the following three stringent requirements are met:

In the case of hydrogen production, it is easy to achieve points one and two, while the third is difficult to meet since the energy recovered from the waste heat is most efficiently used if it goes to feed a single hydrogen plant. However, even if all three of the conditions described above are complied with, the Commission today only explicitly recognises waste heat as renewable in the heating and cooling sector (as described in Articles 23 & 24 of the REDII amendment) and is yet to be included in their definition of renewable energy (Article 2 of the same amendment).

Outside Europe, several US States have adopted energy standards that mean waste heat to power is considered a renewable resource.  Some 17 States, now have renewable portfolio standards and an efficient resource in four energy efficiency resource standards.

Hydrogen produced from waste heat recovery can play an important role as part of the Energy Transition since it is a carbon-free fuel and energy carrier that should be considered as “clean” as renewables.