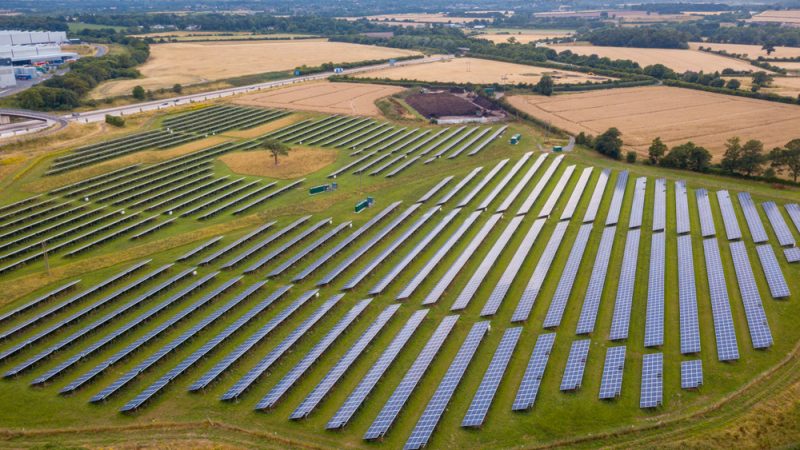 Political leaders from Central and Eastern European countries like Poland, Hungary or Bulgaria have come out critical of the EU’s ’Fit for 55’ package, the cornerstone of the European Green Deal. This position stands in contrast to real ambition on the ground by businesses. While long on the back foot, companies from Central and Eastern European countries are getting serious about climate action. They are aware of the direction of travel set with the Green Deal and can’t wait for reluctant national governments to set the right political conditions for their industries to decarbonise.

Businesses are making the first steps towards going green despite the absence of government support. They are convinced of the economic benefits of cheap renewable energy. As a result, more and more companies in Central and Eastern Europe produce their own energy on-site. Where legally possible, they also sign corporate Power Purchase Agreements (PPAs), contracts that allow businesses to purchase renewable energy directly from a producer.

Poland is clearly leading the PPA market in the region as activity has picked up pace in the last two years. For example, the construction of the first subsidy-free PPA-backed solar park started this year, and it will supply the building material giant HeidelbergCement. Further South, in Bulgaria and Romania, the PPA market is still underdeveloped, but the first PPAs are under preparation. On-site renewables development is advancing even faster. There, SMEs and larger businesses have started to invest in on-site solar energy production despite the absence of government subsidies.

But businesses are not only focused on greening their own operations. They also want to achieve a paradigm shift in their sectors and countries and join forces in business-led climate initiatives. Many of these initiatives are grouped under the Race to Zero campaign, the largest ever alliance committed to achieving net-zero emissions by 2050. Set up in the context of the UN climate change conference, it brings together cities, regions, businesses and investors. Over the past months, the ’Race to Zero’ campaign saw regional frontrunners like Grune Antwort, a Hungarian provider of industrial monitoring and control systems, chemical Ciech Group from Poland, Bulgarian e-mobility company AMPECO, and other companies from the region become members and set themselves climate targets.

The penny has dropped that it’s a question of competitiveness for Central and Eastern Europe. To stay part of vital supply chains in a climate-neutral world, companies from the region have to clean up their production processes and provide greener products. Indeed, Central and Eastern Europe is part of Europe’s industrial powerhouse. So as global corporations such as German car manufacturers set themselves climate goals, they will be reviewing their relationship with their suppliers in countries like Slovakia and Czechia. If they can’t provide low-emissions products, they risk losing out.

While businesses can set themselves clean energy and climate targets, they rely on adequate political frameworks and financial support to fully decarbonise. It’s now up to Central and Eastern European governments to catch up with the market and support businesses in their effort to cut their emissions. The EU’s ’Fit for 55’ package and its clean energy legislation can help remove regulatory and administrative barriers to corporate renewable energy sourcing. If backed up with legislative action at the national level, it is an opportunity to keep big market players in the region. The UN climate conference in Glasgow, COP26, showed the world heading towards faster and more serious climate action. If Central and Eastern European leaders don’t want their economies to fall behind, they need to start helping their corporate leaders embark on the net-zero journey.