Clouds with a silver lining 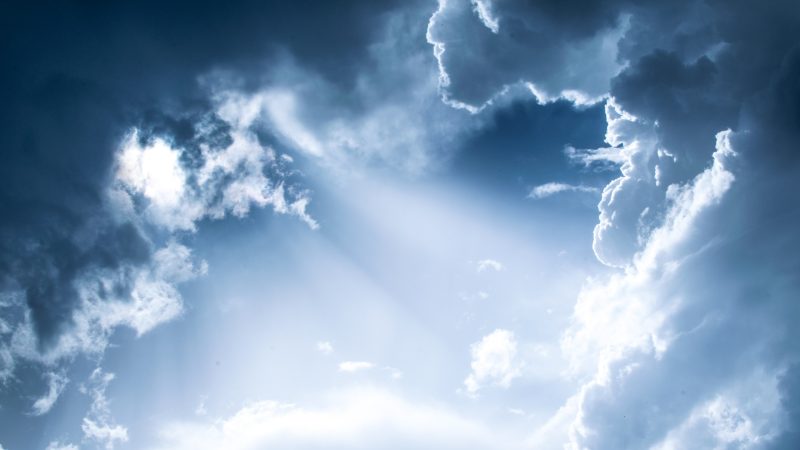 2020 has been a year with plenty of dark clouds. Pandemic, economic hardship, layoffs and, of course, climate crisis. Yet, here at the end of 2020, it’s clear that, despite the serious circumstances, the clouds have a silver lining.

Think about the international fight against climate change. If we rewind to Christmas 2019 for a moment, Europe’s efforts to push forward with climate action seemed very much like a solo act, at least when looking at the other major economies.

Think about the climate efforts in Europe. When the pandemic broke out and started to shake the economy, some voices were quick to claim that further action on the climate would be too costly. Here, at the end of 2020, there is broad consensus that the road to recovery must be green.

There is also plenty of good news from industry. The share of electric cars is rising in total sales. And recently, truck makers announced an end to sales of combustion engine trucks by 2040.

In the power sector, close to two-thirds of all power production was carbon-free in 2020. Leading utilities have announced hundreds of billions in green investments for the coming decade. And the broader industry is regrouping to electrify processes and scale up the production of carbon-neutral hydrogen and power fuels.

Looking toward 2021 and the coming years, we may well be in for more storms and showers. The pandemic and economic hardship will get worse before they get better. And we will be facing a steep hill to meet the climate targets. We should not pretend that it will be a walk in the park. We’re in for an ironman triathlon. So let us stay focused. After all, great achievements only come with good preparation and hard work.

The global climate crisis is imminent. So it’s natural that discussions over political ambition and target levels will continue. But what really matters now is action. It’s the concrete frameworks and political instruments that will deliver on the ambition.

The targets are ambitious and time is short. Genuine leadership in this space is now about helping to provide answers to the difficult, practical questions.

How do we limit carbon imports from third countries? What barriers must be removed to deploy new power capacity at this pace? How do we establish the needed infrastructure? How do we ensure a faster uptake of clean electricity in transport, buildings and industry?

Where do we find the money, what are the necessary fiscal reforms? How do we make it socially balanced? How do we ensure the continuous flow of energy all the while? Here are some pointers from the electricity industry:

This is a fascinating perspective, which would bring the share of carbon-free sources in the power mix to over 80% just ten years from now, and further reinforce the deep nexus between electrification and decarbonisation.

But urgent political action will be needed, as a number of barriers are hampering progress. Among those are the permit granting procedures, which often delay the deployment of new projects by up to 10 years. Let’s be clear: short of a root-and-branch reform of the current permitting regimes, renewable and CO2-targets are at imminent risk.

Networks. A new approach to infrastructure will be a sine qua non for success. The Commission proposal for the so-called TEN-E regulation provides some first steps in the right direction to align the infrastructure plans with the long-term objectives: increased focus on electricity infrastructure, complemented by point-to-point projects for hydrogen.

But: We still don’t see one of the most fundamental technology trends reflected in the political approach: decentralisation. With renewables, self-generation, e-mobility and a whole range of grid-edge technologies on the rise, distribution grids will emerge as the new hotspot of the power system in the 2020s.

The investments needed to integrate modernise Europe’s grids, integrate renewables and get ready for more complex flows are substantial. As in 400bn-over-the-next-ten-years-substantial. And we should avoid that they translate into higher electricity costs, which could get in the way of electrification.

Therefore, political measures that would fund, or at least help to reduce the capital costs of distribution grid projects would be most welcome. Further clarity on funding opportunities are needed.

Electrification. Electrification rates must increase to make use of the added supply of carbon-neutral power. This is needed to decarbonise transport, heating and industries, which today rely overwhelmingly on fossil fuels.

But, speeding up the electrification of end-use sectors is also necessary to avoid a situation where oversupply negatively impacts prices and markets. It is striking that the European Commission foresees only 1% increase in electricity’s share of total final energy consumption by 2030, while at the same time planning capacity additions corresponding to half of the entire power system.

Detailed plans must be developed to advance proper energy system integration, remove barriers and provide incentives for increased electricity uptake. One critical issue here is putting a price carbon, where this isn’t being done yet. Another is the burden of taxes and levies on the electricity bill, which is a show-stopper both for direct and indirect electrification.

This will require innovative thinking and action at EU level as well as in member states. One very interesting recent initiative to tackle this can be found in Spain where policymakers are planning a fund to cover the costs of renewable support. Rather than just adding this cost to the bill of electricity customers, policymakers are planning to socialise the cost more broadly. To the benefit of consumers as well as to accelerated electrification.

Investments. The speed and scale of the transition will require unprecedented investments. Countries with a longer distance to cross are in a particularly difficult spot. They will need comparatively more investments. At the same time, keeping the lights on for their customers will come with rising carbon compliance costs, which in turn may affect their ability to invest.

Proportionate compensatory measures will therefore be necessary to keep all countries on board. To be fair, the efforts of policy makers already made with the Just Transition Fund of EUR 17.5bn should be recognised. Remember that the first 7-year budget proposal had nothing, zip, allocated for this purpose.

But just transition spending will need to remain a priority beyond this budget cycle and be considered as part of the ETS reform as well.

Another important area to observe in relation to investments is financial labelling. Let there be no doubt: rules to direct capital flows towards sustainability are welcome and they should be credible and strict.

But if strict sustainability rules undermine climate-critical investments, we are shooting the triathlete in the foot. One example: As the rules stand now, hydropower projects – for electricity generation and storage – will need to fight through a dense web of red tape to be accepted as a sustainable investment in future.

This is deeply concerning, considering that this a renewable energy technology with critical characteristics for the future climate-neutral energy system. And, by the way, a mature European industry that can contribute to value and job creation at a time where this is urgently needed.

Markets should remain the foundation on which investments rest for one simple reason: the investments needed vastly surpass any amount that public coffers will be able to cover. 2020 saw a significant drop in power prices, driven by a slump in demand and favourable weather conditions which led to a high share of renewables in the mix.

This is great news for emission reductions in the short term. On the other hand, very low or even negative prices will hamper the sector’s ability to invest. With accelerated decarbonisation, we are moving into an era, where the majority of new assets will have low marginal costs and some level of support for their capital costs.

How will this affect markets and price formation? And, not least, the business case for the existing assets that have powered hospitals, political institutions and the millions of home-working Europeans in the past years.

These questions will be critical to understand both for industry and policymakers to keep power flowing steadily in a time where society will rely more and more on electricity.

To sum up, 2020 was not short on challenges, but we also saw significant progress on many fronts. Although the rough weather might continue into 2021, and there are lots of things to fix in order to stay on track, the future holds plenty of promise. So be reassured: the European power sector is committed and will stay the distance, regardless of the outlook.