As with all things, COVID-19 is shaking up the EU’s new long-term budget and the Just Transition Fund along with it. For coal dependent member states like Poland, catching up in the clean energy transition may be their only option to avoid losing the battle for EU funding, argue Rebekka Popp and Pieter de Pous.

Rebekka Popp is a Researcher and Pieter de Pous a Senior Policy Advisor at E3G, an independent think tank operating to accelerate the transition to a climate-safe world.

The disastrous economic situation of coal has gone from bad to worse as coal regions get hit by declining energy demand due to the economic slowdown from COVID-19. While the priority of policy makers is to stabilise regional economies and save jobs, calls have been growing for longer term recovery programmes to speed up the carbon neutral transition.

This has led to talk of repurposing and elevating the Just Transition Fund (JTF) – originally proposed by the European Commission in January to support regions and sectors most affected by the transition to climate neutrality – into a central tool for the crisis response.

Testing the JTF in the time of COVID-19

Repurposing the JTF raises two key issues for the EU’s goal of climate neutrality by 2050. First, the entire EU budget as part of the recovery effort will need to be available to support the transition to climate neutrality with the Just Transition Fund being used to ensure essential planning. And, just as importantly, the recovery effort should include a requirement for the EU’s remaining coal fleet to be put on a phase out trajectory for 2030.

Further testing the JTF are net payers to the EU budget like France and Denmark raising the pressure on Poland and other coal producing member states to come up with good reason for their higher share of JTF money. The Croatian Council Presidency’s compromise proposal for the Just Transition Fund, which strengthens climate conditionality, suggests committing to a coal phase out by 2030 would make for a convincing case.

The devastating impact of the pandemic on the coal industry’s viability means net paying countries, most of which are well on track to becoming coal free themselves, will be even less likely to support the JTF being used to prop up a fundamentally uncompetitive and unsustainable industry. Even the Polish government has recognised renewables as the most resilient energy source, with COVID-19 pushing Polish PGG, Europe’s largest coal mining company, into deeper financial trouble.

Risks of repurposing the JTF

Trying to repurpose the Just Transition Fund into a recovery response comes with a number of risks. First, even if calls from Parliament to increase the fund’s resources from €7.5 billion to €19 billion are met, it will still not come close to paying for both the clean energy transition and a broader, long term recovery programme for the regions.

Nor does it need to. There are other economic and financial instruments available in the EU and with the Commission currently preparing its recovery initiative there will be more. The JTF’s scope should not be overloaded, otherwise it risks creating expectations it won’t be able to meet, while losing its effectiveness and added value.

Second, repurposing the JTF into COVID-19 response funding raises questions around the share of transition funding going to Central and Eastern Europe. With the South of Europe being hit hardest by the pandemic, Central and Eastern European countries that rely heavily on the EU budget for public investments are increasingly worried about the mounting competition over EU funding. While it is crucial that the EU will help the south to recover, it remains important too that these efforts will help close the low-carbon divide between east and west too.

The Just Transition Fund does have a role to play to this end, as it requires each member state to develop transition plans for its coal and high-carbon regions. The plans assess the strength and weaknesses of a region and set out pathways to climate neutrality by 2050. These plans have become even more important now as they are indispensable to rebuilding regional economies and societies to be more resilient to future crisis. For example, they can guide recovery package investment into the much-needed creation of future-proof jobs and business models like renewables installation or energy efficient building renovation.

Negotiations on the Just Transition Fund are expected to be concluded under the German Council Presidency over the second half of this year. They will need to find a compromise that addresses the risks set out above. 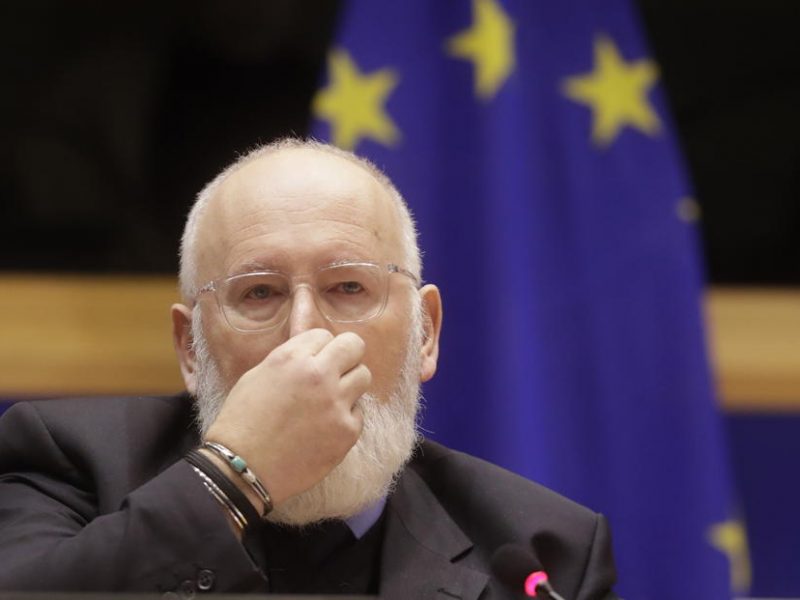 The European Commission is due to release proposals this week to enshrine the EU’s goal of reaching climate neutrality by 2050 into hard legislation. But concerns remains over the size of a fund aimed at making the transition smoother for countries heavily dependent on coal and other polluting industries.