ECHA Report on lead ammunition near-total ban: Starting off on the wrong foot once again 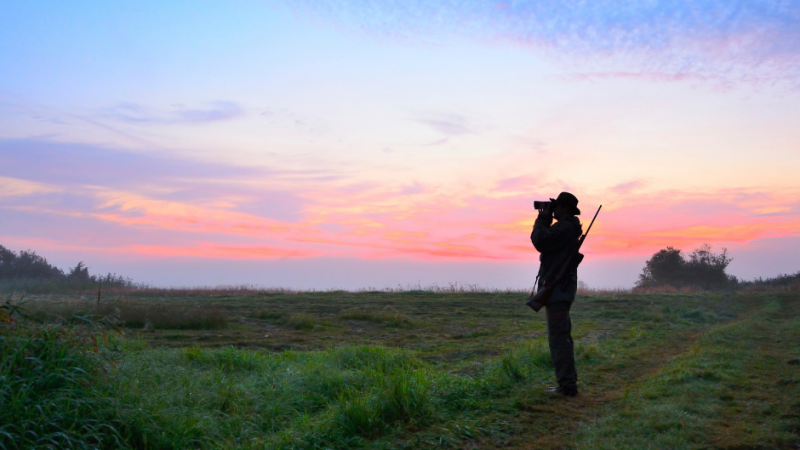 Only a few months have passed since the intensely-debated ban on the use of lead shot in European wetlands was adopted, and we’re already facing a much broader ban on all lead ammunition in other types of terrain. Those who had hoped that the current proposal would head down a less contentious path—one based on reliable data and scientific reasoning—will be sorely disappointed.

Before delving into an analysis of the ECHA’s Annex XV Restriction Report (currently in the public consultation phase), it is worth recalling the tumultuous path of the previous restriction on the use of lead in wetlands. After having been rejected several times by Member States during REACH Committee sessions, the proposal barely made it through Parliament with just 52% of MEPs in favour. Having just scraped over the line, this ambiguous and difficult-to-implement measure will be applicable in February 2023.

Likewise, the new ban proposal is off on the wrong foot and history seems doomed to repeat itself. On closer inspection, the ECHA Restriction Report contains different flaws, the main ones which we have outlined below.

The ECHA´s human health risk assessment is flawed because it is based on arbitrarily-selected parameter values that do not reflect reality and disregard existing scientific literature. As a result, it presents unprecedented lead exposure levels as if they were the norm.

The ECHA estimates that the average adult (weighing 70 kg) consumes 80.89 kg of game meat per year, a number that is four to eight times higher than even the most extreme consumption rates of any publicly available report published by the European Food Safety Agency (EFSA) or any other national food agency in Germany, France and Scotland, for that matter.

But that’s not all. Even the second parameter, that related to average lead concentration in game meat, seems not to be backed by the available scientific evidence. To start, the ECHA states that lead concentration in game killed by rifle bullets is almost 7 times higher than that in game hunted by gunshot. This is counterintuitive, as the concentrations of lead in small game, like pheasants and partridges, hunted by shotguns should be higher than in large game, like moose. However, estimated lead concentrations, for example in moose may have been based on meat samples taken around the wound channel, thus ignoring most of the meat far away from the bullet and uncontaminated.

Hence, if it is true that lead exposure = the average amount of game meat consumed × the average concentration of lead in game meat from lead ammunition, it is also true that overestimating both parameters makes the entire risk assessment scientifically unsound.

Looking at the environmental risk assessment, the first thing that jumps off the page is the fact that the estimates of the annual release of lead gunshot into the environment seem extremely excessive for both hunting and sport shooting.

The release of 14,000 tonnes of lead per annum (tpa) resulting from hunting with shotguns, whose cartridges contain 34g of lead pellets, would mean that every hunter in the EU shoots an average of 67 gunshots per year (404.6 million cartridges / 6 million hunters in the EU), which is frankly a high average proxy.

With regard to the emission of lead into the environment resulting from clay target shooting, the ECHA assumption of 10,000 kg/year of lead used “on a typical outdoor clay target range’ refers to one worst-case scenario based on one sample site that should not be considered as ‘typical’, as the values were not meant to be ‘representative’. The resulting overstated value of lead released in the environment, 35,000 tpa, does not correspond to reality, as more accurate estimates are less than half that amount.

Looking at the study of the primary poisoning of terrestrial birds, it is immediately apparent that many bird species have either not been specifically studied or are assumed to have similar feeding ecologies and exposure probabilities, even if living in completely different ecosystems. Eventually, it was not possible to identify what species were considered as “at risk” in the assessment, thus not allowing the verification of the estimation given.

Out of the around 20 studies used in the ECHA report, only five have been identified and captured as more-or-less representative, which is further skewed by geographical bias, as these studies come from three countries only: the UK (2) Spain (2) and Denmark (1). Even those are ‘counting-dead-individual-birds’ approaches without assessing significance of mortality at species population level. Moreover, most of the studies took place on intensive shooting estates (UK and ES), and thus estimations of lead poisoning in such places are not representative of most hunting contexts in Europe as the areas of intensive shooting are small compared to the area where low shooting occurs at a country scale.

More importantly, the assessment completely ignores other routes of lead ingestion from environmental sources, such as food or poisoning that occur because of exposure to elevated lead concentrations in the vicinity of mines, waste disposal sites and industrial premises. Simply put, mortality from lead poisoning is a fraction of total mortality.

Lastly, the ECHA estimates that 135,429,204 birds (not a single bird more, and not one less) are at risk of poisoning from lead ammunition and 1,354,292 birds actually die from lead poisoning every year (taking into consideration a mortality rate of 1%): very precise figures, considering it’s anyone’s guess how they were calculated.

To conclude, it is clear how the use of parameter values that have been selected arbitrarily, a disregard for existing scientific literature on specific subjects, a lack of suitable scientific evidence in some contexts, and the use of statistically-unreliable data make the ECHA’s Report scientifically flawed and generally inaccurate.

If this is indeed the document upon which the Commission will draft a proposal that will impact the lives of millions of European citizens, we are afraid the outlook for future decisions is rather grim.

3 responses to “ECHA Report on lead ammunition near-total ban: Starting off on the wrong foot once again”