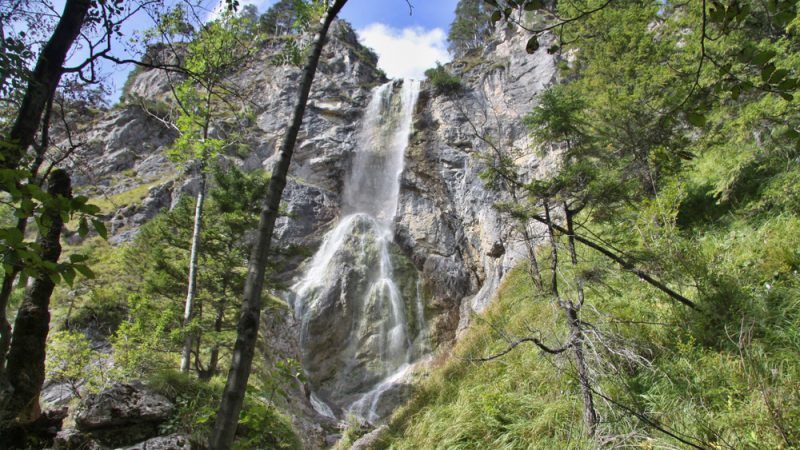 A waterfall at the foot of the Austrian Alps. [Shutterstock]

Disputes over an Austrian hydropower project and snow cannon system are ushering in a new era for water protection across the EU, writes Andrea Johanides.

It’s almost impossible to predict what event will trigger an avalanche that transforms the landscape. It’s the same with the law. Certainly, no one expected legal cases launched seven years ago over a small hydropower project and the water supply for a new snow cannon system in Austria to trigger a ruling that will ensure that independent voices for nature will have to be heard across the EU.

But that’s exactly what’s happened – and it’s a significant victory in the never-ending fight to save Europe’s rivers, lakes and wetlands.

Last month, after a long legal process, the European Court of Justice (ECJ) handed down a landmark ruling, granting legal standing and protection to NGOs in disputes over EU environmental law.

Applicable across the EU, any national law must now be interpreted in accordance with this new ruling, which guarantees environmental NGOs access to all proceedings where the water status might deteriorate and to challenge decisions made under Article 4 of the Water Framework Directive. Needless to say it’s created quite a stir.

In particular, the ruling ensures that NGOs are not excluded from proceedings concerning new hydropower plants and industrial facilities, which are likely to cause a deterioration in water status. This aspect links directly to one of the original cases that sparked the long-running legal battle – WWF’s challenge to a proposed hydropower plant in Tyrol and the weak implementation of the Aarhus-convention in Austria.

The other case was launched by the NGO Protect, which took issue with the water-abstraction from a river for a skiing area’s snow cannon system. These two cases ended up in the Highest Administrative Court of Austria, which then forwarded them on to the ECJ.

WWF Austria and other environmental organisations have fought for years to secure this ruling since NGOs in Austria and several other EU countries were not able to participate in water protection cases unless they were major projects involving Environmental Impact Assessments. The reality was that the overwhelming majority of water protection cases across the EU have lacked a strong independent voice for nature protection. That will now change.

The ECJ ruling enables participation at three levels. Firstly, as soon as a project is expected to lead to a deterioration in water status, NGOs have to be granted legal standing in the proceedings in all EU countries.

Secondly, if there is a screening procedure to decide whether such a deterioration is likely, NGOs have to be included. And finally, even if a deterioration is not anticipated, NGOs must have the right to challenge the permission or decision in court.

While the impact and implications of this ruling are huge for the area of wetlands and water protection, this is only the beginning. After all, the ECJ is expanding its jurisprudence regarding the international Aarhus Convention, which covers all areas of environmental law, not just water protection, and grants the public certain participatory rights.

The EU – like all its Member States – is a party to this convention. That is why this ruling is most likely to cover additional areas as well, including critical ones such as waste management law and air quality measures.

For environmental NGOs like WWF, gaining greater access and ability to influence critical processes is just the start. With our newly acquired rights come big responsibilities. We now have to seize the opportunities and take our rightful place at the table to ensure that future developments do not destroy our waterways.

One key will be to make certain that all EU Member States protect our water ecosystems as intended by the EU’s Water Framework Directive. But this does not mean that every, or even most water-related project will now be mired in environmental objections.

For ecologically sound and well-planned projects, nothing will change. In fact, after the new ruling they can finally have legal certainty. However, projects that ignore the value of nature and healthy ecosystems and are likely to harm our natural heritage can expect much harder times ahead.