ETS reform: How to avoid a new ‘green iron curtain’ in Europe

By Claire Godet and Linda Zeilina 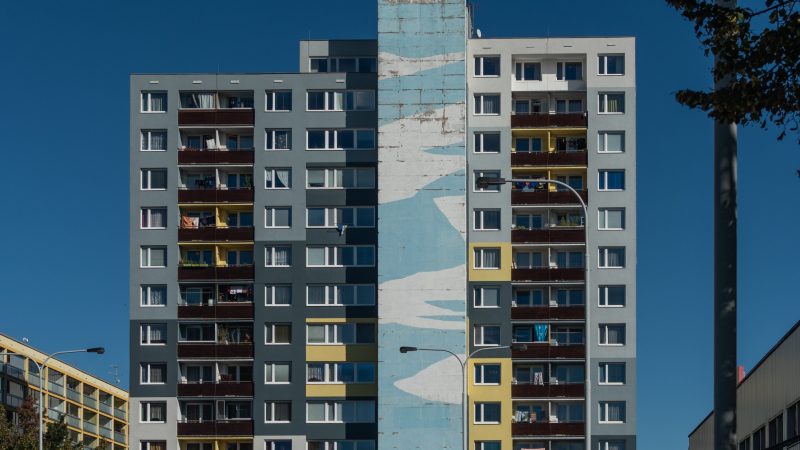 In the Czech Republic, ETS revenues are used to renovate buildings, but much more can be done with these funds in central and eastern Europe, writes Claire Godet and Linda Zeilina [Gonzalo Bell / Shutterstock]

Current shortcomings in Europe’s emissions trading scheme threaten to pull a green iron curtain between central and eastern Europe and the rest of the EU, but used correctly, the system could boost decarbonisation in the region, argue Claire Godet and Linda Zeilina.

Claire Godet is a research fellow at the Prague-based International Sustainable Finance Centre (ISFC) and a researcher at the think tank E3G. Linda Zeilina is CEO at ISFC.

Since 2005, one of the main European policies to mitigate climate change has been the Emissions Trading Scheme (ETS). Not only has its effectiveness been limited, but it has also failed to contribute to the East-West convergence.

Instead, the new Fit for 55 package risks creating a new green iron curtain in Europe, if Central and Eastern Europe (CEE) continues to fail in fully taking advantage of the opportunities created by the ETS and the EU’s Sustainable Finance Agenda.

The ETS was created with two complementary objectives in mind: to provide incentives to reduce emissions by increasing the carbon price and to create new streams of revenue.

However, concern for high prices has overshadowed the secondary motivation behind the ETS: investing revenues to increase prosperity and speed up transition. It is almost inevitable that carbon prices will rise, so from now on, using the ETS money to jumpstart economic growth and decarbonisation should become a priority for the CEE region.

To advance its decarbonisation, the CEE region will have a few hurdles to overcome. The shift in focus from emissions reduction to investment in transition exposes a few contradictions inherent in the ETS itself.

First, from its creation, one of the main debates around the ETS has been the allocation of free allowances to some member states and industries. On the one hand, free allowances should ensure a fairer transition in these countries and prevent carbon leakage.

On the other, giving rather than auctioning these allowances deprives poorer members of much-needed revenue and prolongs the lives of highly polluting and often financially struggling industries, or industries of the past.

The current high ETS revenues hide the uncertainty that permeates the carbon market. In 2020, carbon price hit an all-time high at over €31 a tonne, surpassing the previous high point last reached in 2006.

The carbon market went up overall in 2020, but it is difficult to predict how it will react in the aftermath of the COVID-19 pandemic. Present revenue levels are not guaranteed in the long term.

It is thus important for CEE countries to have a long-term vision and a detailed plan to ensure a fair transition for their industry and citizens. Time is of the essence, because the transition is urgent, and the income streams might be temporary.

A great but underestimated opportunity

Despite these issues, the CEE region has a unique opportunity to advance its decarbonisation and just transition if it uses ETS revenues more strategically and efficiently. This will only happen if there is a clear vision for the future and an ambitious roadmap.

ETS revenues could be leveraged to help the CEE region renovate existing infrastructure (such as buildings, transport, energy systems, etc.) and speed up the fossil fuel phase-out.

It could be a great incentive to develop policies that create the society of tomorrow: training workers on new technology, empowering SMEs in their decarbonisation and scaling-up process, developing and supporting sustainable finance solutions.

To be successful, these policies need both the empowerment of the CEE stakeholders and the active support of the EU. The CEE countries must invest time and energy to design transition plans that best fit their national circumstances, and make a serious commitment to decarbonisation and just transition.

They need to devise clear plans for each economic sector, identifying critical industries which can create a fiscal multiplier effect if prioritised. This requires a lot of preparatory work and technical knowledge, and the EU’s support should play an important role.

In addition to the many funds that have been created for climate ambitions, the EU must empower the region by sharing knowledge, innovation, and technology, and by providing technical assistance for project creation and financial structuring.

It must also acknowledge the differences between the CEE and other European countries to give the region the best chance to develop a transition and take ownership of a plan that suits the region and its people.

For a long time, the CEE region has relied on the ETS to incentivise its industry to reduce emissions. It is now urgent to take ownership of the revenues and use them as the main lever to bring prosperity and facilitate the transition in the region.

Despite the uncertainties of the carbon market, the CEE region must grab the current financial windfall and use it to empower its people and companies to devise and lead their own transition towards a decarbonised economy.

The CEE governments can be major players in the European economic transformation, as long as they embrace the region’s particularities and adopt a more strategic approach to the use of EU funding.