By Imke Lübbeke and Ludovic Voet 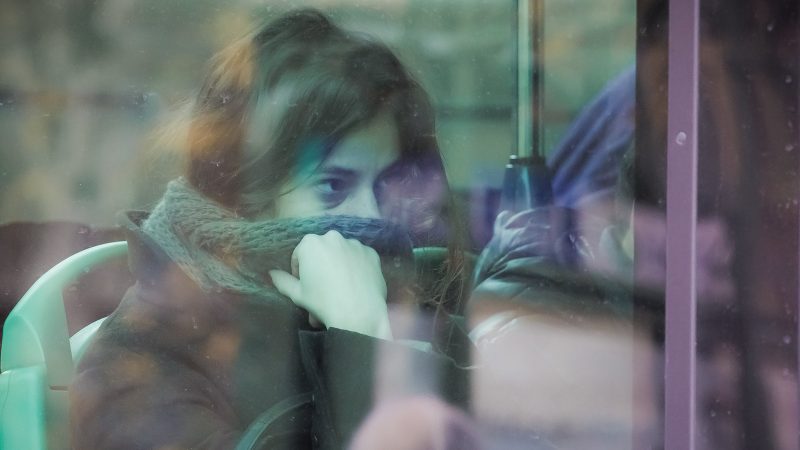 What a Social Climate Fund should be used for is energy efficiency measures in buildings, clean heating solutions or sustainable transport like cycling infrastructure – all of which would help deliver on the EU’s 2030 climate and energy targets, argue Imke Luebbeke and Ludovic Voet. [Hernán Piñera / Flickr]

If a second carbon market for transport and heating fuels is implemented, then the EU’s related Social Climate Fund would need to be bigger, write Imke Luebbeke and Ludovic Voet.

Imke Luebbeke is the head of climate and energy at WWF EU. Ludovic Voet is confederal secretary at the European Trade Union Confederation (ETUC).

It’s 2028 and Magda is looking at her energy bills. They’ve gone up dramatically over the past couple of years. Winter is in the air, but she won’t turn her heating on just yet. She wants to save up for her son’s return for the holidays, so she can cook a slap-up family meal.

Magda is not alone. The newspapers rage about the impact the EU’s climate rules have had on ordinary people, now struggling every year to get through the cold months.

It was not meant to be this way. Back in 2021, the EU proposed an overhaul of its climate and energy laws. With a pledge to cut net emissions by 55% by 2030, EU legislators targeted transport and buildings as polluting areas which needed to reform.

The logic behind their thinking was that a similar system worked well in the power sector. So why not in buildings and transport too?

The difference is that clean electricity from wind and solar power had been affordable for years. What’s more, the utilities and power companies that buy that power from the grid could adapt to price changes much more easily. A family facing a sudden spike in a fuel or heating bill cannot suddenly stop heating its home or getting to work.

By 2021 sustainable forms of transport, heating and cooling were available and ready to go, but they were expensive. A new electric car typically costs at least €20,000, while a heat pump was still estimated to cost between €3,000 and €11,000 euros, without installation expenses.

To come back to the present day: we are still – just about – in 2021, and the EU has in fact realised that cost and bills will be an issue. The upfront cost barrier is already why emissions in the transport and buildings sectors are not falling very fast, and with gas prices rocketing, energy poverty is on the rise.

That is why the EU has proposed a special fund to help. The ‘Social Climate Fund’, valued at €72.2 billion for 2025 to 2032, aims to protect the most vulnerable from price rises and unfair impacts linked to climate policies.

The Fund includes both direct payments to citizens and investment in climate measures such as insulating buildings.

However, the proposed SCF contains a huge contradiction. The money it will contain is supposed to come from emissions trading in transport and buildings – ETS 2.

This means that parts of the public money raised by the ETS 2 would go towards compensating for its potential negative impacts. It is unlikely that much, if any, money would be left for the investments that can reduce the exposure of citizens like Magda to the carbon price.

What a Social Climate Fund and the ETS 2 money should instead be used for is energy efficiency measures in buildings, clean heating solutions or sustainable transport like cycling infrastructure – all of which would help deliver on the EU’s 2030 climate and energy targets.

It should also push policy-makers to bring in new plans and rules to drive the decarbonisation of transport and buildings, encouraging people and businesses like that of Magda’s landlord to improve the energy efficiency of her home.

This would make the SCF itself a driver of change in the sectors, rather than a safety net against the social risks from an ETS 2.

If an ETS2 was implemented, then the Social Climate Fund would need to be bigger – it should use both existing emissions trading revenues and 100% of the new ETS 2, among other sources. With just 25% of the revenue from the current ETS, the SCF would be worth €7.5 billion/year.

What’s more, it needs to be in place at least three years before a carbon price from emissions trading in road transport and buildings (ETS 2) is felt by households. This buffer time will ensure there is no gap when people are left without help and will leave time for investments and policy reforms to be effective.

Only in this way will Magda – and her fellow citizens – start to get on board with the idea of climate-neutral Europe. A Europe which ensures citizens benefit from climate action rather than fearing its impacts. Which protects them rather than exposing them. Which makes winter a season not to fear, but one full of cheer.