The six candidates for the Presidency of the European Commission. [© European Union 2019 - Source : EP]

Elisa Giannelli is a researcher at E3G, an independent think-tank operating to accelerate the global transition to a low carbon economy.

In this week’s EU elections, climate change is now a top priority for voters. It has thus become a defining issue for most of the candidates running for the Presidency of the next European Commission.

Political programmes and debates in the current electoral campaign make the future of the European climate agenda look promising. Compared to the 2014 electoral campaign, when environmental issues were solely kept to the left-side of the plenary, climate change has now become a mainstream topic.

At a time when Eurosceptic and populist voices are largely reported to be threatening the Union’s stability and strength however, what impact could the next generation of European leaders have on democracy and climate action?

The European People’s Party (EPP) has typically been cautious and moderate when talking about climate and energy, often conditioning environmental protection to economic growth and benefits.

Now, the EPP is taking a more pro-active approach in their manifesto. They’ve committed to improving the European Trading System (ETS) to limit CO2 emissions, investing in technology and innovation and building a secure Energy Union.

Even the EPP Spitzenkandidat, Manfred Weber, announced his support of the European objective of “net-zero emission by 2050” goal. This follows some criticisms of disregarding environmental protection as a priority.

Among those who usually support an ambitious climate agenda, the Party of European Socialists (PES) are prioritising the fight against climate change in their political programme again. They focus on air and water quality, a fair and just energy transition, decreasing energy poverty while investing in efficient housing and increasing targets to achieve climate neutrality by 2050.

The Socialists’ lead candidate, Frans Timmermans, was among the first promoters of the law against single-use plastic, adopted in Strasbourg last March. He continues to be vocal on these issues, opening the door to an environmental-friendly alliance.

Emmanuel Macron’s political party En Marche addition to the Alliance for Liberals and Democrats for Europe (ALDE) is more positive news for the future EU climate agenda. Macron’s party is strongly supportive of ambitious climate policies, calling to mainstream 40% of the next EU budget to climate-related investments and to reach climate neutrality by 2050. This fit together with the ALDE manifesto, which sets out to tackle climate change through efficient investments in the European budget, an improved ETS and more ambitious targets for CO2 emissions reduction.

Even the Alliance of Conservatives and Reformists in Europe (ACRE), traditionally focused on trade, border protection and EU institutional reform is talking about sustainability in their vision for Europe. The elected lead candidate for the group, Jan Zahradil, does not support the long-term climate target (or any other), but he does calls on the Union to lead by example, investing in research and innovation and making better use of EU resources.

The European Greens’ manifesto presents a cross-cutting approach to fight climate change, which goes from delivering a net-zero-economy to facilitating intergovernmental processes.

The programme of the European Left is similarly embracing the youth movement against climate change and supporting the need for a just transition through their two lead candidates. A separate “climate emergency manifesto” has been published to call for a legal basis for climate justice, end to fossil fuels, boost investments and climate action.

The only exceptions to this new green-wave come from two groups; the Europe of Freedom and Direct Democracy (EFDD) and the Europe of Nations and Freedom (ENF). While neither of these groups have a manifesto or lead candidate, it looks unlikely that climate change will get strong support from either. The only exception being from the Five Stars Movement members of EFDD group. Indeed, other parties belonging to the ENF and EFDD are usually the most hostile towards climate policies.

The increased support for tackling climate change in the next EU legislature runs parallel to support at the national level. In fact, this year nine European countries called for climate action to become a cornerstone of the next European Commission’s agenda and for the EU to become climate-neutral by 2050.[1] This call for action shows how important it is for leaders to put climate change squarely on the EU political agenda.

Renewed public pressure and emerging political leadership focused on the environment in some member states is converging to create a strong climate mandate for the next European Commission. Even with the expected rise of eurosceptic or ‘euro-hostile’ forces in the European Parliament, international and national pressure for increasing climate action will be a force to be reckoned with.

While the current European institutions and member states successfully agreed on a set of new climate and energy targets and legislation to secure the Paris Agreement, the next leadership will have the crucial task of implementing new legislation, successfully leading diplomatic engagement to take the Paris Agreement forward and mainstreaming climate into a number of policies. Let’s hope whoever the people choose are up to the task as there is no escaping the climate reality. 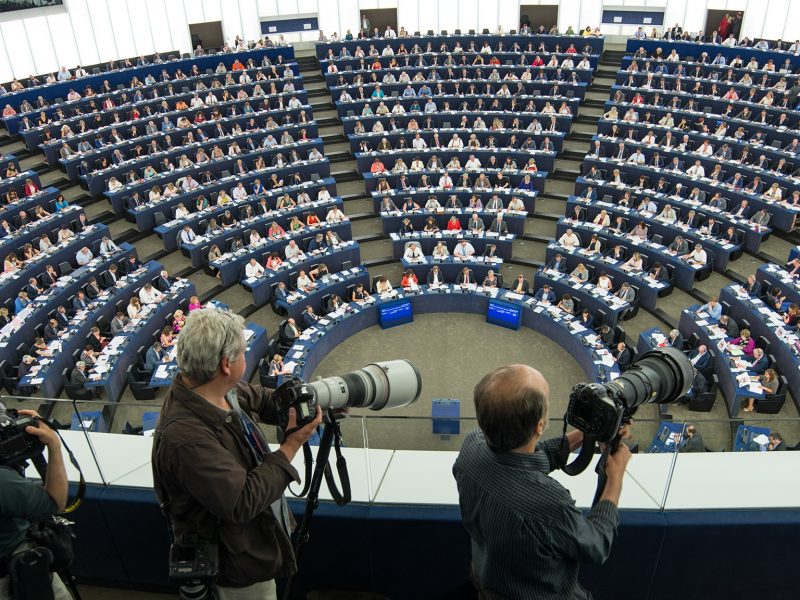