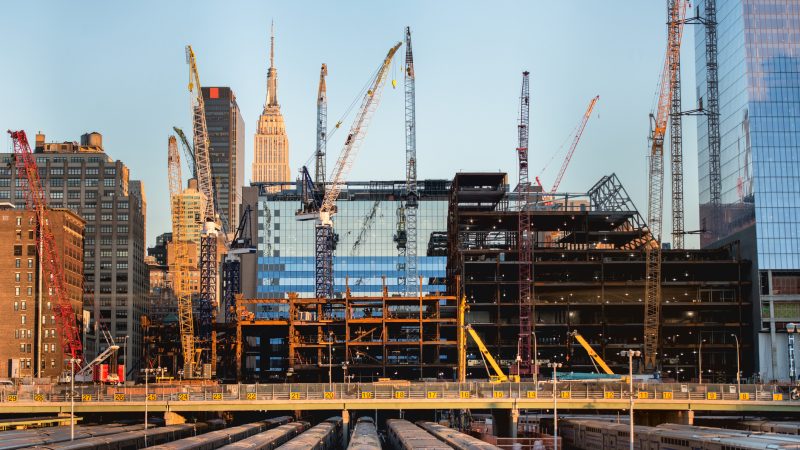 Most people think of buildings and construction materials as inert objects. No one sees emissions coming out of bricks. But as heads of states and senior societal actors meet for the climate summit in New York, it’s time to remember the climate impact of Europe’s building stock, writes Femke de Jong.

Femke de Jong is the climate and energy manager at Eurima, the European Insulation Manufacturers Association.

Secretary-General of the UN António Guterres will host the Global Climate Action Summit in New York on Monday 23 September, in order to boost ambition and rapidly accelerate action. New York City has already pledged to slash emissions from its own famous cityscape before the end of 2030. Europe should take note in Manhattan.

Buildings in Europe and around the world are a vital part of meeting the 2050 net-zero target, to avoid a dangerous escalation in global temperatures. “Net zero” means all greenhouse-gas emissions have to be phased out completely, making activities carbon neutral.

This mainly applies to the emissions associated with the heating, cooling and use of the building, but also to the greenhouse gases emitted during the manufacturing of building materials.

In Europe, buildings account for more than 40% of the EU’s energy bill and are responsible for over a third of European carbon-dioxide emissions.

EU legislators have decided that the entire European building stock needs to be highly energy-efficient and decarbonised by 2050. To this end, all new buildings in the EU must be built as nearly-zero energy buildings from 2021 onward.

The problem, however, is that the majority of the buildings in 2050 have already been built. There is a huge challenge to renovate these 210 million existing buildings in Europe.

Currently only around 1% of existing buildings are renovated each year, and often not at a future-proof level. At this rate, it would take another century to achieve a climate-neutral building stock, instead of the aimed 30 years. Further inaction risks the EU missing its climate objectives by up to 400 million tonnes of CO2.

It would also leave millions of people in unhealthy and uncomfortable homes that they cannot afford to heat or cool properly.

The New York city council in April passed legislating putting a cap on carbon output from large buildings, requiring a 40%  overall cut in their emissions by 2030. The New York plans for buildings are part of a proposed US New Green Deal, to tackle inequality and develop a carbon-neutral economy over a decade.

With a new European Parliament in place and a college of European Commissioners expected soon, the EU is at the perfect place to build its own Green Deal for buildings.

The EU urgently needs a plan to ensure that the worst energy performing buildings are phased-out over time, to guarantee quality homes to people and set out a pathway to climate-neutrality. Europe’s citizens should be able to live in comfortable, energy-efficient houses.

The European Green Deal would present an opportunity to deliver on affordable, high-quality and energy-efficient housing. This means, for instance, an increase in investments for renovations through private finance, the European Investment Bank’s lending policy, the next EU budget and the recycling of carbon pricing revenues.

Investments should be geared to deep renovation in order to avoid lock-in effects, as the year 2050 is only one renovation cycle away.

Without the acceleration of building renovations, Europe will not be able to meet its climate objectives or lift millions of households from energy poverty. We need a full transformation of our building stock within three decades to tackle the twin crises of climate emergency and inequality.

Manhattan has one of the world’s most easily recognisable skylines. Those tenements and skyscrapers could be the backdrop for scaled-up climate action in the EU’s building stock.