By Marco Visscher and Myrto Tripathi 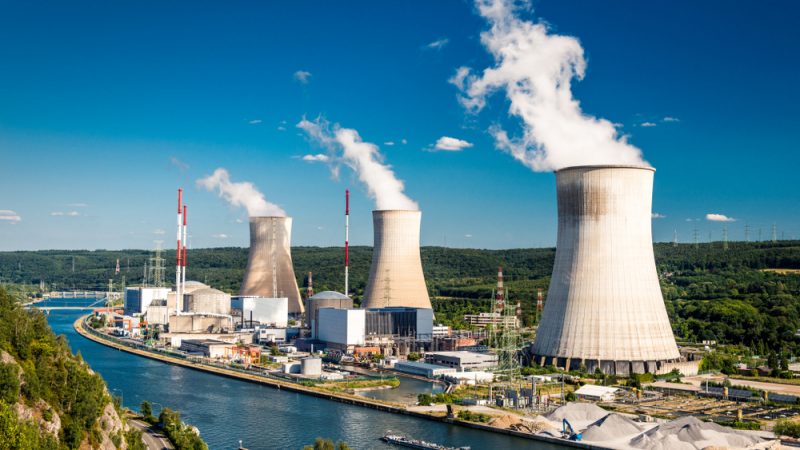 Climate change demands it and the experts say so: nuclear power must be given a fair chance to be part of the solution.

It should be so obvious. For a liveable future, we must sharply reduce carbon emissions by mid-century. Alongside solar panels and wind turbines, a reliable source of zero-carbon energy is essential. That is why the debate about nuclear power is here again.

Yet some countries do not want nuclear to be a part of the solution, for them nor for other countries. The negative attitude is even such that during the climate summit in Glasgow, India criticised this “bias”, pointing out that nuclear is an “established technology” to which only “a few countries” show politically motivated objections.

After all, there’s no denying that nuclear plants do not emit greenhouse gases. Already in countries like Sweden and France, nuclear power helps the electricity be extremely low carbon. That is exactly what is needed by 2050, especially when countries such as India will be using much more energy.

And indeed, across the globe nuclear energy is being developed. China recently announced it will build some 150 nuclear reactors in the next 15 years. Russia is the world’s largest producer of nuclear power plants, building mostly abroad, including Africa where it’s working to increase its influence.

The nuclear sector in the U.S. is buzzing with innovation for advanced reactors with significant government support. Meanwhile, Japan aims to end its dependence on imported fossils and opens up dozens of nuclear plants that had been closed in recent years.

Unfortunately, the European Union might make it very difficult to use nuclear power to tackle climate change.

An important decision will be made soon when the European Commission decides whether nuclear energy will be included in a so-called “taxonomy,” a listing of activities that contribute to reaching our climate goals and may therefore be called sustainable.

If nuclear power is included, investing in keeping power plants open and building new ones can be financed at much lower risk and interest rates, making nuclear energy much cheaper.

However, if nuclear energy is not included in the taxonomy, we will make it even more difficult for ourselves to drastically reduce carbon emissions. Then Europe will have to say a premature goodbye to its main source of zero-carbon electricity.

Let’s continue building more wind and solar to replace fossil fules, not to replace nuclear. Further, usually a significant part of lost nuclear is replaced by gas turbines or a higher utilization of existing coal plants.

Europe is divided on the issue. On the one hand, the Germans and Austrians are putting pressure on other member states to close their nuclear power plants and not build new ones.

However, if Germany would close down coal-fired power plants instead of its remaining six nuclear reactors, it would save the world 1 billion tonnes of carbon, according to a recent study. It may be even worse.

Because of rising gas prices, Germany is keen on burning coal, this year’s most important source of electricity in a country that is still widely seen as a front runner when it comes to climate policy.

On the other hand, the French are seeking understanding for the preservation and expansion of nuclear power, the only energy source that is currently capable of entirely replacing fossil power plants from the power grid.

President Emmanuel Macron recently announced that his country will build a new generation of nuclear reactors to work on “carbon neutrality in 2050” and to guarantee “energy independence.”

Partly because of these plans, Macron called on the European Commission to include nuclear energy in the taxonomy, together with ministers in nine other countries such as Finland and Poland. Since then, the Netherlands and Sweden have also spoken out favourably on nuclear inclusion.

The French call is reinforced by a series of reports from international research organisations that all paint the same clear picture.

The International Energy Agency states that keeping existing nuclear power plants open is the best, fastest and cheapest way to provide clean electricity. The Joint Research Centre, the scientific service of the European Commission, exhaustively judges that nuclear power contributes “significantly” to the fight against climate change and belongs in the taxonomy.

European Commissioners will soon vote on whether nuclear power will be included in the taxonomy or not. If they recognize global warming to be a serious problem that demands action, and take scientific findings to heart, we will have another solution within reach to reduce carbon emissions before 2050—one that may finally end the use of fossil fuel.

To rapidly reduce emissions, we cannot use political preferences or opinions to decide what is clean and good, we have to follow the best available science and evidence.