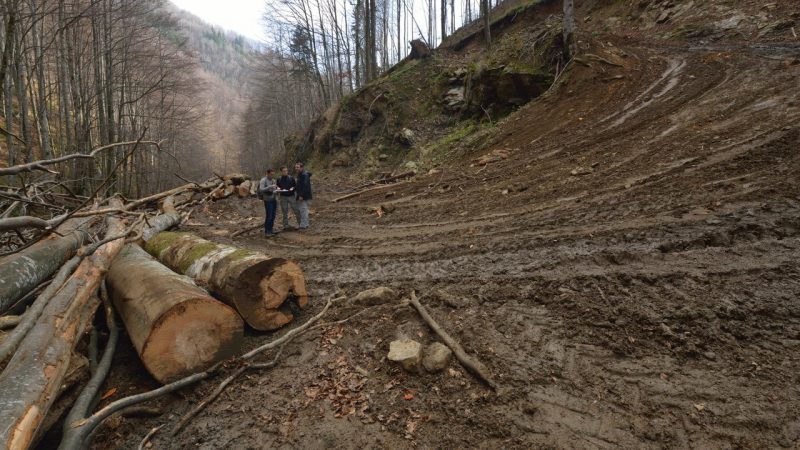 This is both a bad news and a good news story on forests and climate.

First the bad news: About 20 percent of the energy the EU counts and subsidises as “renewable” comes from logging and burning forest wood. This increases carbon pollution compared to fossil fuels, destroys forest ecosystems, and adds to air pollution. In other words, the EU’s dependence on forest bioenergy is actually undermining its climate, biodiversity, and zero pollution goals.

Now the good news: EU policymakers currently have an opportunity to reform this insane policy.

Today, over 60% of the EU’s renewable energy comes from burning different kinds of biomass and garbage. About 20% comes from forest biomass, meaning wood that is sourced directly from forests (so not including sawdust and other “residues” of sawmills and papermills). Although it’s promoted and subsidised like wind, solar and geothermal, burning forest biomass isn’t carbon neutral or even “low carbon”- the EU’s own scientists recognize that regrowing forests to offset CO2 from burning wood takes decades to centuries.  Yet despite this fact, the EU’s policy treats burning forest wood as “zero carbon” renewable energy.

About half the wood harvested in the EU is burned for energy, meaning hundreds of millions of tonnes of forest carbon go up chimneys and smokestacks every year, degrading the forest carbon sink that we so urgently need in order to fight rising CO2 levels. Chips and wood pellet fuel are increasingly sourced from little-watched corners of Europe like the Baltics and the Carpathian Mountains, home to some of the EU’s last ancient and untouched forests. Each year, logging for fuel is punching new holes into forest ecosystems not just in Europe but in the US, Canada, Russia, Ukraine, and other countries that export wood pellets to meet the EU’s soaring demand for biomass. Lucrative renewable energy subsidies and other supports have created a market for even “low grade” wood to be used as fuel, driving extreme logging practices. The EU’s forest ecosystems are in the worst condition ever recorded, and species are crashing because their habitats are being destroyed.

And sorry, but we’re not quite done: wood-burning also contributes to air pollution that already kills over 1,000 people per day in the EU – and that was pre-COVID. A major source of fine particulate matter is residential wood burning that EU policy counts toward renewable energy targets no matter how polluting it is.

The final insult on top of all this injury? EU consumers are paying billions of euros in renewable energy subsidies each year to companies who damage our forests, climate and air quality. In 2017 alone, citizens in 15 EU Member States paid out over €6.5 billion in subsidies to burning wood for energy, and the total EU-wide figure is much higher.

The EU has committed to becoming carbon neutral by 2050 and restoring ecosystems, meaning it needs to store drastically more carbon in forests and reduce logging pressure on forests. Policymakers admit that burning biomass isn’t carbon neutral, but some still insist it can help the climate if biomass is sourced “sustainably.”  But nothing changes the physical fact that burning wood emits carbon right now, whereas regrowing trees to take up that carbon takes decades to centuries – time we don’t have in the race against climate change.

Policymakers are considering possible reforms to the EU’s biomass policy, but so far the options are pretty much business as usual. Policymakers face a choice: they can listen to the scientists, and put forests and climate first, or they can continue to pander to a minority group of companies and lobbyists who are making a killing by burning our precious forests for so-called “renewable” energy.

We hope policymakers will listen to the more than 120 groups that have called for a science-informed policy that  eliminates forest biomass from the EU’s renewable energy directive. Under such a policy, mill residues and other waste wood, which provide about half the biomass burned in the EU now, would continue to qualify. And no one would be required to stop burning forest wood – it just would no longer be counted toward the EU’s renewable energy targets.

It’s wrong to subsidise forest biomass when it undermines our climate, biodiversity, and zero pollution goals. Will Vice-President Timmermans be remembered as a true global climate leader who stood up  for our climate, our forests and our health, or will he turn out to be just another politician who had the power to act, and chose not to?